By Marwan Ahmed August 6, 2017
Opinions expressed by Entrepreneur contributors are their own.
You're reading Entrepreneur Middle East, an international franchise of Entrepreneur Media.

Investments in frontier markets –which, for the uninitiated, refer to markets around the world that are beginning to develop and have yet to become completely stable- are not new in the global scene. There has been a great increase in the amount of investments in this space over the past 6-7 years- for instance, in the US, investments in these markets are now four times the size of internal investments made there, in comparison to 2010, when both of the investments gauge were on equal footing.

The reason for this is pretty straightforward: frontier markets typically trade at cheaper valuations than their more developed peers, and have much higher returns on investment when things click. With this being the case, Iraq is today considered a frontier market -and even an untapped market- when it comes to investing in tech startups. Iraq has one of the most youthful populations in the world, with the UN noting that about 60% of its 2015 estimate of 37 million people are under the age of 25. At the same time, the unemployment rate in 2016 was 16%, up from nearly 15.5% in 2015, and 14.9% in 2014, according to the World Bank. Internet penetration in Baghdad is at a record level, with data plans being more and more affordable, and smartphone penetration at almost 90% within the 17-40 age group.

While oil revenue makes up nearly 95% of Iraq’s budget, the country has been reeling under an economic crisis since 2014, when prices began falling from a high of above US$100 a barrel. The rise of ISIS in 2014 made the situation even worse. All the projects were affected one way or the other, with some even being shut down. The government and other foreign entities focused on fighting the enemy, starting a long and expensive war. At the same time, every major businessman or contractor had to look for alternatives to their traditional lines of business. Just as the government started to think about the diversification of its resources, those businessmen started to think about how to develop other revenue streams, meaning that money should no longer be spent on oil rigs, heavy machinery, etc. 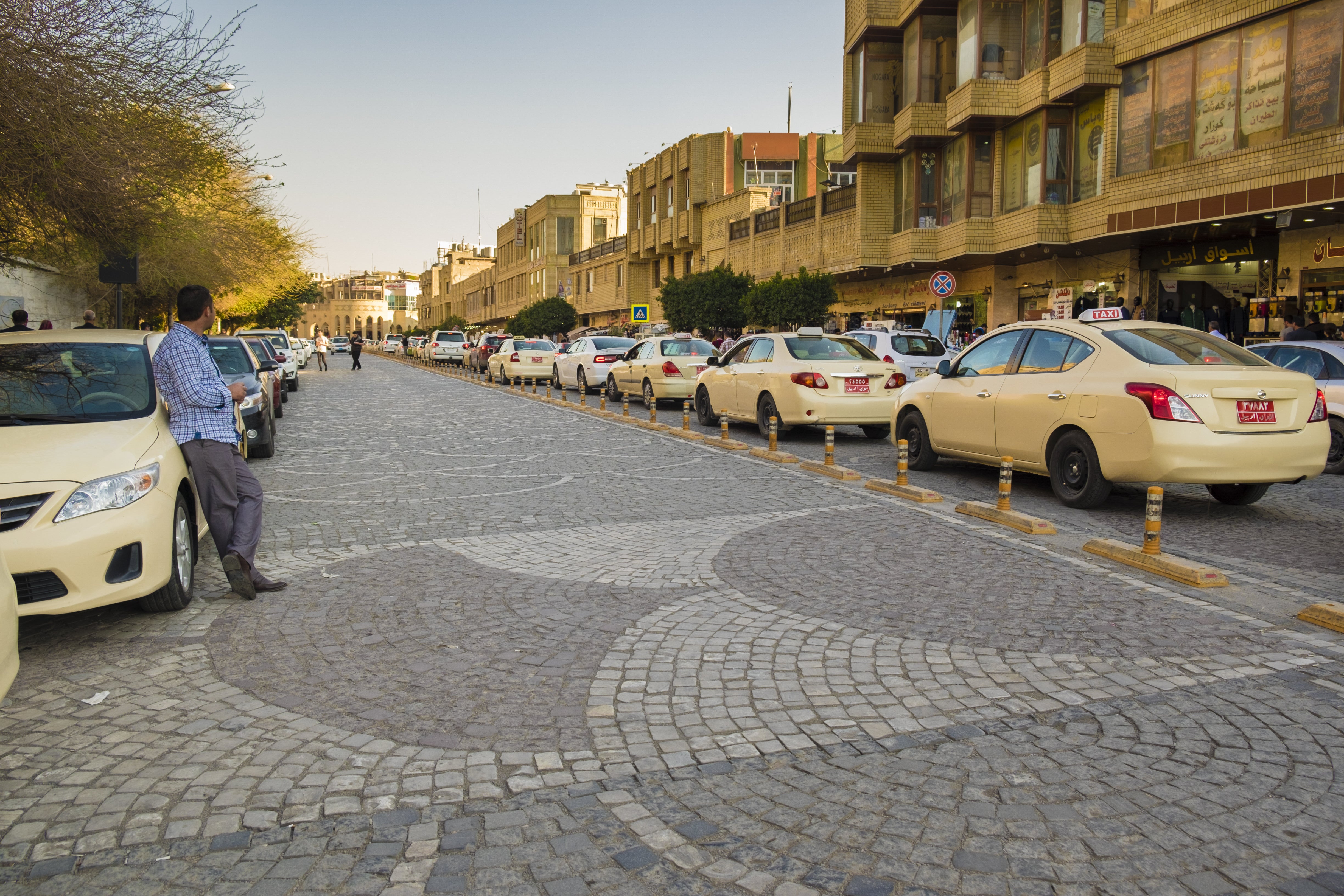 Erbil, Iraq. Image credit: Shutterstock.com.
Having said that, most of the country’s money is being circulated internally, with some good amounts being spent on shopping, whether it is on smartphones, parcels, car accessories, and, of course, the big one: food. Iraqis tend to spend most of their money internally, due to the decades of living in isolation from the world since the 1990 economic embargo. Two generations grew up without being exposed to the culture of vacationing outside the country. In addition, Iraqi youths are not well-versed travelers when compared to their counterparts in Turkey, Iran, and the GCC, because of the difficulties in obtaining foreign entry visas. As a result, this massive purchasing power has been considered able to accommodate the exponential increase in new restaurant and coffee shop openings over the last three years.

Alongside this, since the plunge in oil prices, many businessmen pivoted from depending on the dried resources of governmental contracts to starting up their own businesses that target the local market’s lack of leisure spots. In sum, entrepreneurs have finally started putting money into businesses other than restaurants. For example: four waterparks are now being constructed in Baghdad, and four major malls will be added to the existing two. Other small businesses, such as paintball fields and escape room lounges, are also making their presence felt as examples of unconventional businesses in the country.

However, the vast majority of investors and businessmen are still not entrepreneurial minded, and seem rather distant from investing or backing any startup. The reason might be that they don’t understand them, or they have not yet seen a model that could be considered a success story that would inspire them to follow suit. Some rare exceptions in the market are two relatively well-funded startups, namely the e-commerce platform Shoppini, and the food delivery app Foodo. Yet, the entrepreneurial ecosystem has grown significantly, although still very small in size- for instance, one can now spot three delivery apps, three taxi-hailing apps, a dozen shopping websites, and a grocery delivery service as well in the country today. In terms of investment, foreign money looks hardly accessible, as regional accelerators, VCs, and other key players are not making any effort to put Iraq on their future agendas. However, a recent move might be a game changer: Careem is exploring Iraq by entering Erbil. Although the Careem service still isn’t operational, they have hired a team, but the question is: why Erbil? The answer is yet not clear enough, but we can assume it is due to this city in the Kurdish region being considered safe according to the region’s standards. Another improvement includes two main Iraqi mobile operators -Zain and Asia Cell- developing two mobile wallets- Zain Cash and Asia Hawala. Although both are still barely at the first mile of the one-thousand-mile journey to get the needed traction to sustain their business, it is still a valid reason for investors to think positively of what is yet to come.

To accelerate the effectiveness of these mobile wallets and make them more appealing to the public, the two telcos have started offering a bunch of services, such as the ability to purchase iTunes, Steam, and Google Play cards directly from your phone, thereby killing a pain point that long existed in the Iraqi market. Zain Iraq later stepped in to boldly embrace an e-commerce website called Chanbar, which is a marketplace for brickand- mortar stores that are already conducting or willing to conduct business unconventionally, which basically means marketing and taking orders through Facebook.

Things are about to move in the right direction in the future due to different factors, such as Careem’s entry to the Iraqi market, one of the food ordering apps making it to the threshold of 1,000 orders per day, or local government and international aid agencies making more pragmatic moves. Establishing co-working spaces could be another force that would help support the ecosystem as seen in other neighboring countries. Just recently, a co-working space has opened in Erbil, and another one is in the planning phase at The American University of Iraq Sulaimani. Zain Iraq and Iraqi Private Banks League are also in the process of building their own separate co-working spaces.

The startup movement has just started gaining the required momentum regionally, being fairly new to everyone, not necessarily only Iraq. The above mentioned decisions will certainly have an impact on the Iraqi market in general, but also on drawing eyes to the potential of the country’s untapped startup market in particular. It will reimagine Iraq in the eyes of VCs and regional players. The trick is: who will get there first and surprise everyone? After all, these first strategic entries and partnerships will be able to shape the market in the coming year, and yield the best returns as well.