The Economies Of Running A Food Truck In The GCC

By Shaistha Khan October 1, 2017
Opinions expressed by Entrepreneur contributors are their own.
You're reading Entrepreneur Middle East, an international franchise of Entrepreneur Media.

According to an Alpen Capital GCC Food Industry report conducted earlier this year, population growth, high disposable income, increasingly urbane lifestyles and evolving consumer preferences have been propelling food consumption growth in the GCC. Among other trends, the report highlights the emergence of food trucks as a new distribution channel.

Although the food truck industry is well-developed in Western and European markets, it is relatively new to the Middle East. Pioneering it in late 2015, entrepreneurs and investors have gone out in an all-American fashion to bring gourmet and street food to the masses. The report attributes dedicated food truck parks in Dubai, located on the last exit on Sheikh Zayed Road and Al Qudra, and recent regulatory announcements in Abu Dhabi to grant licenses as possible causes for a surge in the food truck business. In 2016, the Dubai municipality issued a total of 203 permits, at a monthly average of 17. In a huge leap, it issued 134 permits in the first two months of 2017 alone.

A lucrative market
Consider 31-year-old Abdullah F. Dakhil from Dhahran, Saudi Arabia, who left a career in finance to start a mobile food business called Code, a typical burger and fries food truck, in 2015. Two years later, he acquired an additional truck and obtained a permit to work in a high-visibility area, catering to the lunch crowd of a large corporate company. As this niche market continues to expand, it seems like everyone -from independent entrepreneurs to local restaurants and international food chains- are clamoring to get a share of this lucrative market.

With the UAE and Saudi Arabia banking on the trend, other GCC countries are not far behind. Waleed Al-Ali, the 28-year-old owner of Saudi Food Truck, a food truck manufacturing facility in Riyadh, says he has sold 120 trucks since 2015. “There is a huge demand in other Gulf countries, with Oman and Kuwait being our biggest customers. We are now exporting our trucks to meet demand in these countries.” 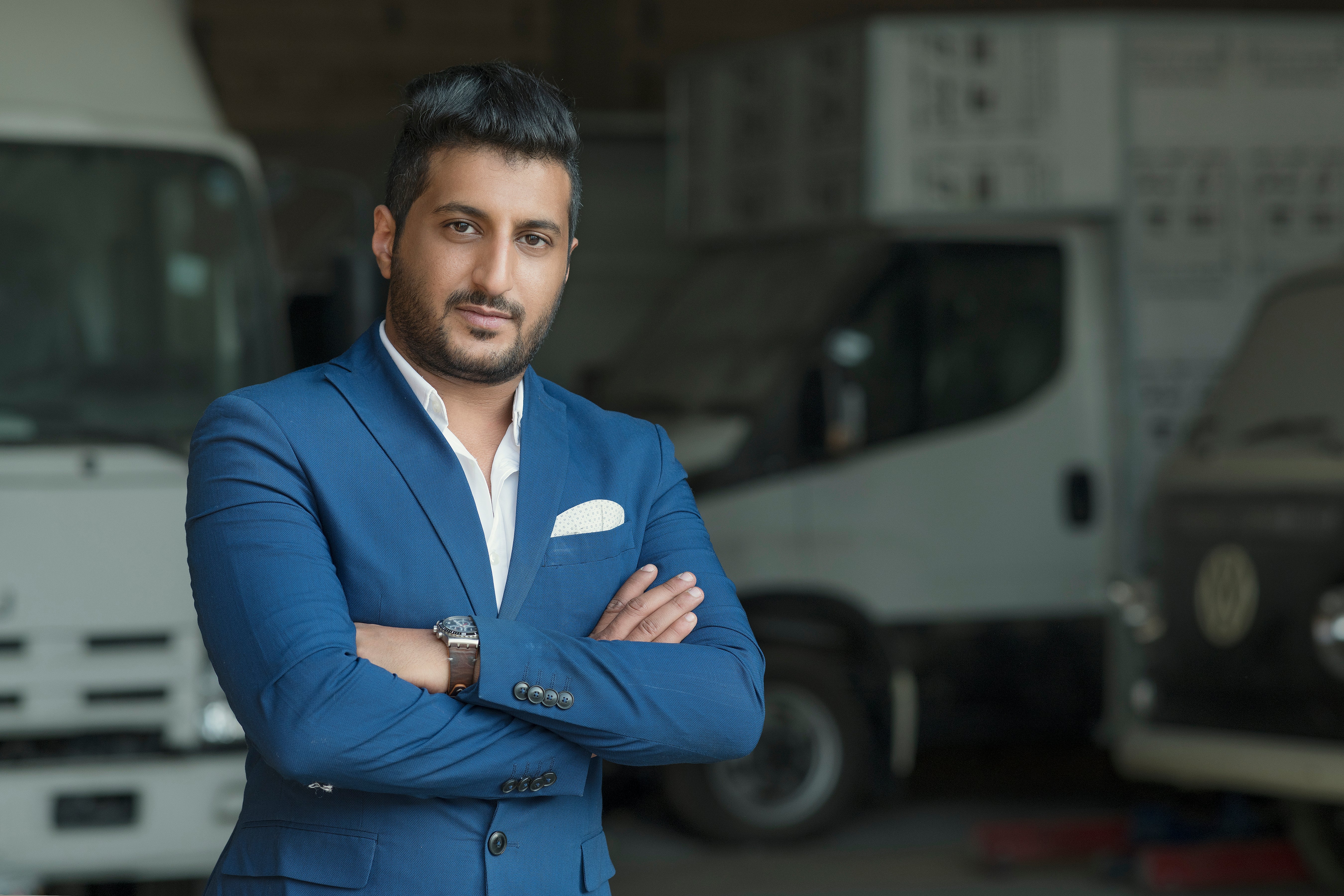 Al-Ali opines that food trucks are gaining traction due to several reasons- the continually increasing rent costs for brick-and-mortar, opportunities for and acceptance of outdoor activities, and high demand for catering services. “Running a food truck is about 70 percent cheaper than running a physical restaurant,” he says. With benefits like low startup and overhead costs, the flexibility to move your location and higher degree of engagement with customers, the food truck business appears alluring.

Questions to consider
But before jumping on the bandwagon to start your own “burger and fries” food truck, let’s ask just how profitable is this business? Is it a trend that will saturate and eventually, die out? Or is it here to stay? Does it have the potential to become a multi-million dollar industry like in the West? Speaking to Dakhil, Al-Ali and other young, enterprising individuals in the industry, we give you a breakdown on the economics of running a food truck in the GCC.

Expenses and income
“A major chunk of expenses or investment is invariably going to be the truck itself,” says Al-Ali. There are three types that aspiring owners can choose from: a small food cart, a food trailer or a food truck. Al-Ali explains that some customers come to him with requirements for customization, consultancy and branding, some customers come with their own equipment, and some bring their own trucks.

Abdullah Kutturi, the owner of Lava Burger food truck in Jeddah, Saudi Arabia, says: "With a customized lava stone and grill, my truck cost me around SR. 145,000. Regular maintenance takes about SR. 5,000 to SR. 6,000 a year.”

In Saudi Arabia, primarily two licenses are required- a city municipality license and a regular kitchen license to ensure that the business meets health and safety regulations. Each license would cost SR. 200-300 on a yearly basis, while insurance and license plates for the towing truck costs SR. 500. Staff salaries can account for about 20 percent of the total budget. Rent for private properties and events costs anywhere between SR. 500 to SR. 10,000 a day. “In a good season, you can earn about SR. 10,000 per month and during a low season, about SR. 3,000- 4,000,” says Kutturi.

Adriana Montero, the owner of Casalatina, a food truck offering Latin American street food in Dubai, which has been operational for over a year now. When she started out, she bought a fully-loaded truck complete with state-of-the-art equipment for AED 400,000. “When we started, there was only one manufacturer, prices were sky-rocketing. As truck manufacturing companies came into the business, especially from China and Europe, making it a competitive market, the prices have gone down,” Montero says.

In Dubai, you need to obtain permits from the Department of Economic Development (DED) and the Dubai Municipality, and approvals from both the Roads and Transport Authority (RTA) for the truck license and from the Dubai Electricity and Water Authority (DEWA) for amenities. “To operate during events, you need a letter from the event organizers. A fee is paid to them and can be in the form of revenue share (30%, 20% or 20%) or flat-fee (like AED 20,000, AED15,000, AED8,000) and even as low as AED1,000 for some events,” Montero says.

Challenges and opportunities
According to Montero, one of the biggest challenges is that the industry is still in its infancy. “Regulations governing the industry have not been fully developed yet, but it will come eventually,” she says.

“Running a food truck might seem trendy and glamorous, but it comes with long hours, a lot of efforts and patience. You have to work closely with the team and be on top of the business, but at the same time, you can see results within 10 months to a year.”

“A different or unique concept will have a higher likelihood of success, and given the (relatively) small amount of investment, you can succeed if you choose wisely,” she adds further. For other food truck owners, it is the novelty of the trend and sub-standard offerings. “If the first food truck you see offers poor quality food, it reflects on the rest of us. Entrepreneurs who are not consistent shut down within a month of operation and this affects the rest of the business,” Kutturi says.

Shaistha Khan is a Saudi-based PR professional and freelance writer. She writes on Millennials, travel, lifestyle and culture in the Middle East.

Over 1,000 Kellogg's US Cereal Plant Workers Go on Strike Over Cut to Benefits and Pay

Wendy's Is Giving Out Free Food This October