Check Out the Bombshell Letter in the Uber-Waymo Trial

This letter delayed the trial between Uber and Waymo.

By Richard Lawler December 18, 2017
This story originally appeared on Engadget

Waymo's lawsuit against Uber for allegedly stealing technology for self-driving cars hasn't gone to trial yet, because the judge received a letter from the Department of Justice suggesting Uber withheld crucial evidence. That letter, with some redactions, is now available for all to read and it's not good news for Uber. It was written by the attorney of a former employee, Richard Jacobs, and it contains claims that the company routinely tried to hack its competitors to gain an edge, used a team of spies to steal secrets or surveil political figures and even bugged meetings between transport regulators -- with some of this information delivered directly to former CEO Travis Kalanick. 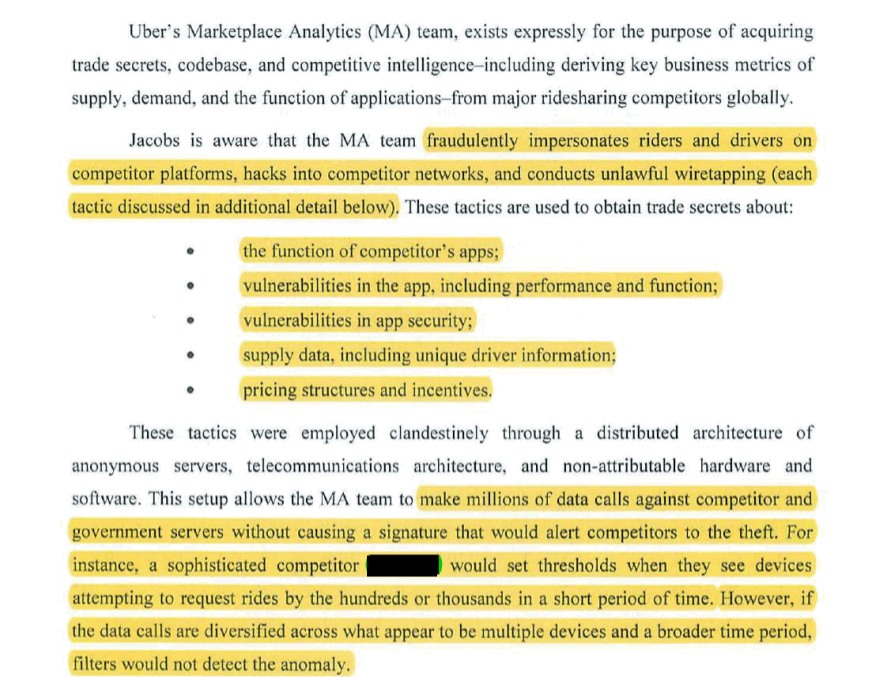 Alphabet's self-driving arm Waymo is making the case that Anthony Levandowski created the autonomous trucking company Otto as a scheme to steal its trade secrets and sell them to Uber. In the letter, it says that members of the Uber SSG team Jacobs worked on traveled to Pittsburgh after it acquired the company to instruct Otto employees on how to use burner phones and ephemeral communications apps to avoid discovery in an expected lawsuit.

Jacobs has since testified that his attorney was mistaken about the allegations pertaining to Waymo, but now the case has been delayed until next year as a result of these claims unearthed during the ongoing criminal investigation. In a statement, Uber said "While we haven't substantiated all the claims in this letter -- and, importantly, any related to Waymo -- our new leadership has made clear that going forward we will compete honestly and fairly, on the strength of our ideas and technology."