By Tamara Pupic May 6, 2018
Opinions expressed by Entrepreneur contributors are their own.
You're reading Entrepreneur Middle East, an international franchise of Entrepreneur Media.

Arriving in Dubai in one’s mid-20ies with just US$3,000 in the pocket, and less than two decades later signing a landmark deal to sell a majority stake in a company which employs 300 staff across 15 global offices sounds as a familiar plot because the similar story has been playing out in this market over the last few decades. And now, this is the story of Donna Benton, founder of The Entertainer, an incentives provider and lifestyle app.

Last week, the 43-year-old Australian sold a 85% stake in her Dubai-headquartered The Entertainer to GFH Financial Group, a Bahrain-based financial group. The value of the deal has not been disclosed. “Over the years, we’ve had a number of parties express their interest in the company, and GFH was one of them who came to us,” says Benton. “It’s always about finding the right fit for the business– you need to share a common vision, culture and chemistry. It took six months to finalize everything and it’s definitely been a huge learning curve for me personally. It’s also been a huge personal achievement and one that I am immensely proud of. What I have learnt is that it can be a rollercoaster– you need determination, resilience, patience and you have to be willing to compromise a little.  You also have a lot of people counting on you, so you have to be confident and give them reassurance, as nobody likes the thought of change. So, for me, the most important thing is to stick to your values and what you believe in.” 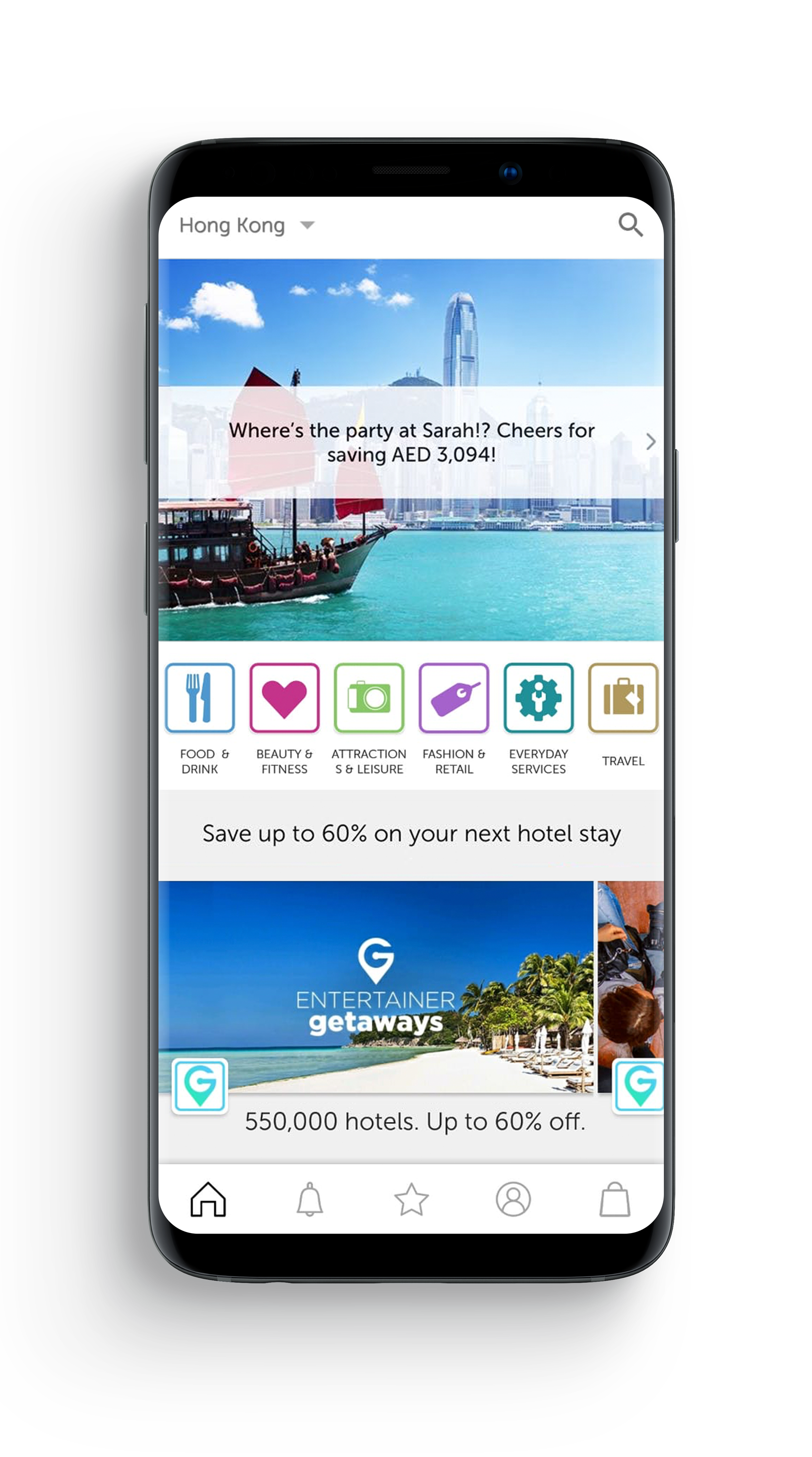 Originally from Melbourne, Australia, Benton was 26 when she launched The Entertainer as a “buy one get one free” voucher books provider launched in Dubai in 2001.

In 2012, Riyada Enterprise Development, an investment platform of Dubai-based investment firm Abraaj Capital, acquired a 50% stake in the company, which marked the start of its “going international and going digital” agenda. Since launching its smartphone app in 2013, The Entertainer has shifted fully from a print publication to a data-driven technology company with 38 destination-specific products, and tailored B2B solutions for corporate clients, with offers from over 10,000 merchant partners. The app operates across 20 destinations in 15 countries, and in a variety of languages based on location including English (global), Arabic (GCC), Greek (Athens and Cyprus) and Cantonese (Hong Kong). Last year’s annual turnover exceeded AED130 million.

The GFH transaction saw Abraaj Capital’s Riyada Enterprise Development fully exit, while Benton continues as one of the key shareholders and executive management. “As part of the deal I am also releasing some of my own shares but remain a key shareholder,” says Benton. “As such, I will continue in my current role as chairman, contributing to the vision, growth and management of the company alongside GFH. The Entertainer began as a simple book of buy one get one free offers, and over the past five years we’ve launched an app, expanded to new global markets and this year shifted completely to become a 100% digital data-driven company. The next stage, alongside GFH, will be about expanding our reach and developing The Entertainer into a global digital ecosystem where all parties can communicate, discover, curate and enjoy even more about their experiences.”

In a press release, Hisham Alrayes, CEO of GFH, pointed out that it was the company’s high growth rate coupled with achieving high profitability and turnover that attracted them to approach Benton. “We aim to take the platform to the next level and create phenomenal returns for our investors given the recent technology multiples in the region and worldwide,” he added. “We shall achieve this by working together with Donna and the senior management team to enter new markets, support for further growth, diversification of the business and customer base.”

Following the deal, Benton has preserved her ability to contribute to the company’s growth trajectory, which was one of her criteria when choosing the right investor. “Always lead by example and maintain your values at all times,” Benton says when asked about the most important lessons she learnt throughout this process. “There will be times when you’re in discussions and it doesn’t work out, perhaps the partner is not right for you or right for your business.  Don’t dwell on it and be too disappointed– it wasn’t the right investor or the right time. There will be other opportunities, so you have to ensure that your business is always growing and achieving. The negotiation process can be distracting and drawn out - you mustn’t take your eye off the actual running of your business. You also need to focus on your end goal and not be tempted to sell for less than you know it’s worth.”

In 2018, The Entertainer expects over 12 million of its offers to be redeemed by the customers globally, and Benton’s plans are even bigger. “As always, we’re aiming high,” Benton says. “We will be taking The Entertainer offering and technology to the next level.  We will be entering new markets, as well as going deeper in the markets we’re already in.  We will be widening our customer base by adding new categories and targeting new audiences. We will also be looking at ways to diversify the business and potential revenue streams.  We’ve seen a 28% increase in our global headcount in the past year and there’s no doubt that there will be strong growth in terms of the team in the next few years.”

How Crowdfunding Can Finance The Future In Bahrain (And Beyond)