By Megha Merani July 1, 2018
Opinions expressed by Entrepreneur contributors are their own.
You're reading Entrepreneur Middle East, an international franchise of Entrepreneur Media.

Antoinette Allah-Mensah is both heartbroken and excited. The 28-year-old single mum from Ghana is stoically holding back tears as she talks about missing her son’s third birthday next month, especially because he unfailingly asks when she will come to him every time he hears her voice on the phone.

But she’s also excited because she’s shopped for new clothes, shoes and other presents to send him, thanks to her earnings from her work placement at the The Retreat, Palm Dubai MGallery by Sofitel. More importantly however, she’s overjoyed at the opportunity she now has to give him a better and brighter future.

Allah-Mensah’s 12-month placement is part of an initiative by UAE-based social enterprise Evolvin’ Women, which aims to improve the employability of women in developing countries by providing them with education, resources, networks and employment opportunities that would not be otherwise available to them.

Evolvin’ Women currently connects hospitality providers in Dubai to women from Ghana who lack access to quality education and employment opportunities due to personal, political or cultural circumstances. The hotels offer internships to the women as part of their Corporate Social Responsibility programs.

The social enterprise received support from Dubai Startup Hub -the entrepreneurial support arm of Dubai Chamber of Commerce and Industry- and its Market Access program, which facilitates introductions, deals and partnerships between startups and leading corporate and government entities in the emirate. Market Access made it possible for Evolvin’ Women to reach out to big hotel groups like Sofitel.

Rising up the ladder

Evolvin’ Women’s international work placement opportunities provide women like Allah-Mensah with training and experience that will enable them to return to a higher-paying job in their home country and empower them to contribute towards supporting their families, community and national economic growth. “When I go back home I will probably be earning a lot more than when I left and that’s required to actually give my son a better future,” Allah-Mensah says.

“Without such a global experience it would take quite a while (for me) to progress (in Ghana). Experience is one thing that really sells. I’m very fortunate that I can come face-to-face with what hospitality really is in a city like Dubai and make the comparison between how services are rendered here and how services are rendered back home. So for me it’s a big stepping stone to have this on my CV.”

On average, an entry-level role in the hospitality industry in Ghana would typically pay about US$ 400 per month, says Assia Riccio, the founder of Evolvin’ Women. “We’re looking to (enable them to) increase that to $250 to $350, which in that environment is incredible,” Riccio explains. “She can potentially apply for a supervisor role, and that’s gained in just 14 months with us.”

The accelerated growth is a measure of the “social impact” the participating hotels have on the lives of women. Each partner hotel will receive a social impact sheet at the end of the year to show them the “real” difference they’ve made. In addition to recording each woman’s pay rise and difference in job role prior-to and after the program, the report also shares how, for example, a participant is able to buy things for her family, her increase in self confidence and her belief in how she can support the development of other women in her community when she returns.

Meanwhile, Evolvin’ Women measures its own impact in line with how it helps fulfill three United Nations Sustainable Development Goals (SDGs). Riccio explains: “We look at SDG Goal 4 (Quality Education), Goal 5 (Gender Equality), and Goal 8 (Decent Work and Economic Growth). We’ve linked these to say we will improve the economic growth by providing quality education, and as a result of that we will increase gender equality.”

According to a 2017 United Nations Development Programme (UNDP) report, women constitute more than half of Ghana’s population – 51.2 percent – but a woman’s role and status are “recognizably inferior” to those of a man in almost all aspects of social, political and economic life. Currently, Riccio explains, women in Ghana are at a significant disadvantage because even if they are able to secure employment their low educational attainment obstructs them from going further.

She explains: “It’s the fact that they think they always have to rely on other people – whether it’s the white person coming from outside or otherwise the husband or the dad or the brothers. In that part of the world, the man is given priority in the family to go to school. If it’s a family of 10 kids and there’s three boys, they’ll be the ones given priority to be sent to school because there’s the stereotype of the breadwinner.”

But Riccio is neither criticizing nor attempting to change the culture, she clarifies. “We don’t want to challenge the culture. I don’t care why they’re stuck, I just want to ‘unstuck’ them,” she insists. 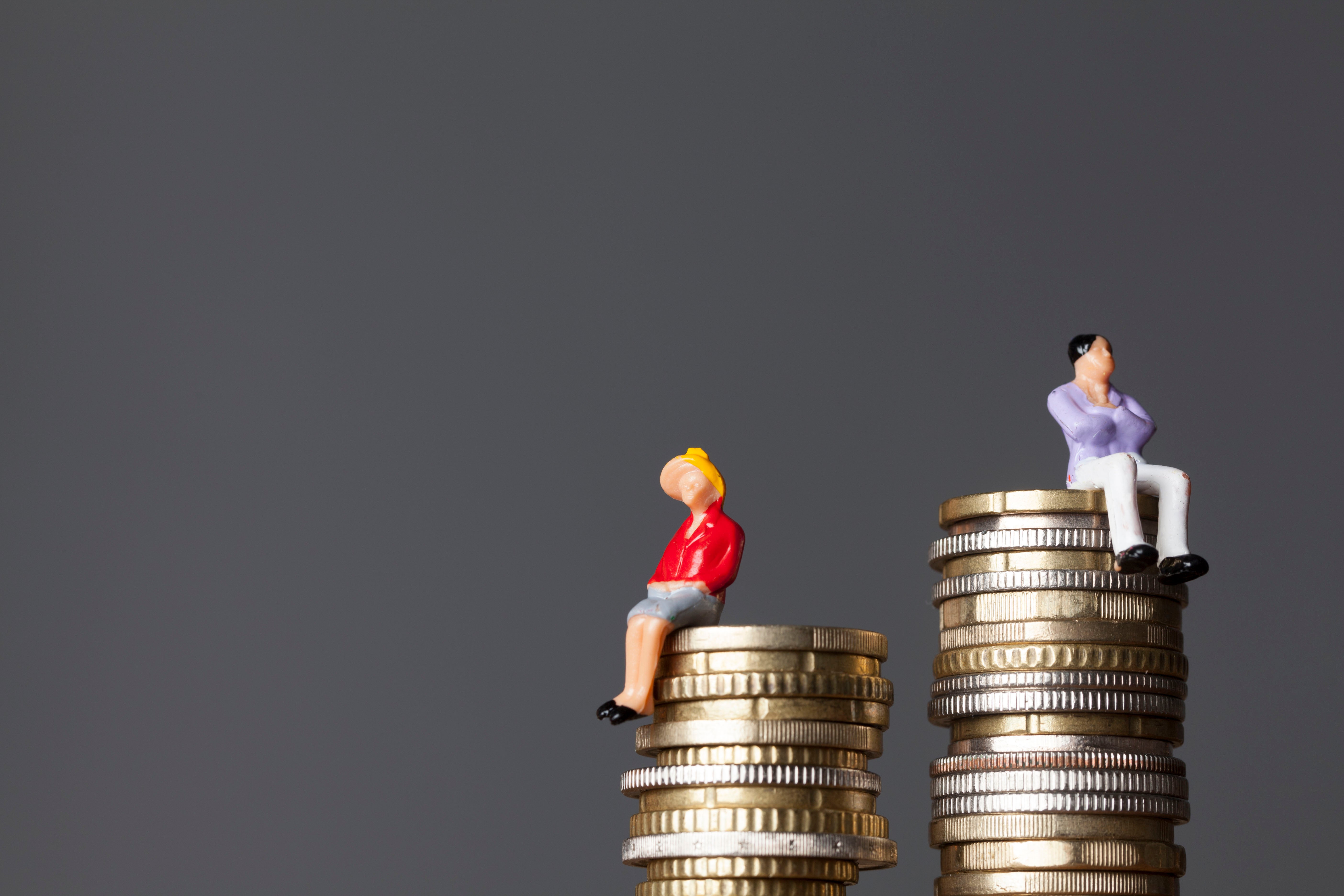 The seismic shift in the conversation about gender inequality over the past year has lead to women across the globe stepping forward and speaking out against the injustice they experience every day. But that’s in the developed world.

“Developing countries are probably 30 to 40 years behind in terms of equality in employment opportunities for women,” Riccio says, calling for more attention to the girls and women hit hardest by gender inequality. "While in developed countries we talk about men and women not having the same salary, although they have the same position, in developing countries we talk about women not even having access to a job.”

The highest number of out of school children of primary school age live in West and Central Africa, according to 2017 figures from the United Nations Educational, Scientific and Cultural Organisation’s Institute for Statistics, and the United Nations Children’s Fund. Of the 110 million children out of school in developing nations, 60 percent are girls. The World Economic Forum’s 2017 annual gender inequality report estimated that, at the current rate of ‘progress’, it will take 217 years to close the pay gap between men and women worldwide.

“We are currently running projects in Ghana, but we are planning to expand to Kenya and Armenia, and maybe Cameroon too,” Riccio shares. “One of our girls told us that she could conquer the world when she started working in Dubai and that really tells you the sort of change you can make in person’s life through an experience like this.”

Allah-Mensah is just one of 13 women on a placement through Evolvin’ Women. The second cohort, due to begin before the end of the year, will enroll 14 women. “I’m supporting my son and my siblings so it makes what I’m doing here very important because it’s just going to shoot me up and then allow me to have the means to do all that,” she says.

As the oldest of four siblings, Allah-Mensah’s dream is to eventually use her hospitality training in Dubai to build a family business with them in the events sector – and a legacy for her son. “Everything that I’m achieving and doing now is because I want to make life easier for him and I’m looking at getting him the things that I couldn’t get,” she says.

“It was very hard to leave him for a whole year and come (to Dubai) but then if you look at it, sacrificing one year and making it for a lot of years to come would benefit him in a great way. For me, this opportunity is one big stepping stone for us both.”