How can App Developers Maximize their Revenue?

By Saurabh Bhatia January 11, 2019
Opinions expressed by Entrepreneur contributors are their own.
You're reading Entrepreneur Asia Pacific, an international franchise of Entrepreneur Media.

There has been a fundamental shift in the way users consume content today. Mobile users have gradually moved away from using their mobile browsers to focus on a wide range of apps across various verticals. This affinity toward in-app has changed app developers' perception toward different monetization strategies. App developers who keep up with the evolution of the best practices will definitely tap into a fast-growing revenue stream in the future.

A report by Mobile video advertising platform Chocolate named "App Monetization Secrets To Help App Developers Stay Ahead Of The Curve' in association with Apptopia analyzes top 1000+ publishers and 1700+ free apps across Google Play and iOS store covering the Americas, Europe and the Asia-Pacific (APAC) region.

Even after putting the best efforts in app development, why many app developers are not able to generate revenues successfully? The report addresses this question by looking at the following aspects:

In this report, we delve deeper into finding out what factors are causing a drop in revenues and how app developers can maximize it using the right ad monetization solution.

Here are some interesting highlights from the report rationalizing the fact that a smarter approach is needed in mobile ad monetization: 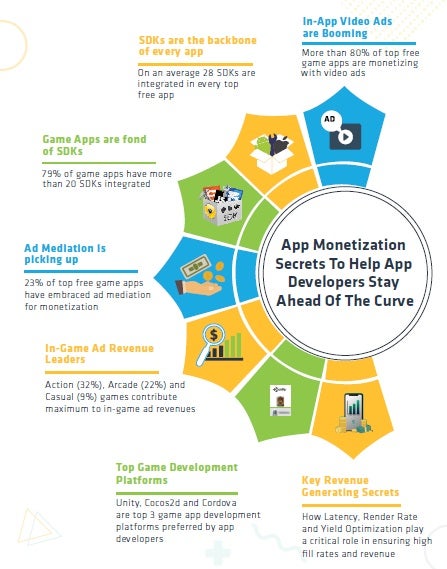 'It Was Like a Drug': How Dave's Hot Chicken Grew a Cult Following in an East Hollywood Parking Lot