Established in line with a joint MoU (Memorandum of Understanding) signed by Rakuten and Tech Mahindra in October last year, the Rakuten Cloud Innovation Laboratory is a unique, fully automated testing facility that aims to foster innovation across mobile network, IT digital architecture, cloud and enterprise applications. One more is in the pipeline, in Bengaluru.

The collaboration, which is aimed at driving innovation to bring about the transformation of mobile network technology and enhance customer experience for users in Japan, came on the sidelines of Indian Prime Minister Narendra Modi’s last year visit to Japan and meeting with Prime Minister Shinzo Abe to further strengthen Indo-Japan business ties.

“Our collaboration with Tech Mahindra on this world-class lab will allow us to drive innovation and disruption in the mobile industry, and takes us one step closer to providing consumers with a broad variety of cost-effective services,” he added, in a release. 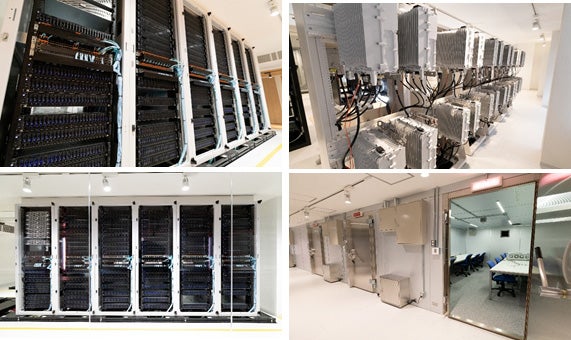 Images of the facility interior.

C.P. Gurnani, the managing director and chief executive officer of Tech Mahindra, believes 5G will give a boost to industry verticals and domains. “5G is the universal growth code that will fuel growth across industry verticals and domains. The Tokyo 5G lab is just the beginning of what Rakuten and Tech Mahindra can achieve to define the 5G Economics of future. Our collaboration with Rakuten will help us further drive innovation in the 5G space and lead the 5G revolution,” says Gurnani.

Manish Vyas, the chief executive of Network Services, Tech Mahindra, adds that the lab showcases "modern workspace for new innovators and integrators on one hand and world’s first true software defined network blueprint with disaggregated hardware and software on the other."