By Tamara Pupic April 10, 2019
Opinions expressed by Entrepreneur contributors are their own.
You're reading Entrepreneur Middle East, an international franchise of Entrepreneur Media.

"Lebanon has once again shown its unrelenting stubbornness to overcome all these challenges,” says Wael El Zein, Chairman and General Manager of Lucid Investment Bank, talking about the Lebanese economy’s struggles, which include the negative effects of the outbreak of war in neighboring Syria since 2011, a slump in oil prices since 2014, as well as the country’s own governmental power vacuums, all over the last decade. This uncertainty has reportedly affected one business sector the most– real estate. The real estate sector in Lebanon reached its peak in 2008 when both the country’s diaspora and foreign buyers sought shelter from the global financial crisis by investing in luxury second homes in the country. However, the events of the following decade have caused real estate activity to slow down, leaving many luxury to mid-range properties to lie unsold, especially in Beirut’s waterfront and central district areas. Before long, the rumors of the real estate sector being on the brink of collapse started to spread.

However, Massaad Fares, Investment Committee Member at Legacy One and Chairman of Legacy Central, a Beirut-based investment management company, dismisses these as misguided beliefs. “Currently, this sector is going through difficult times, which serve as a reflection of the wider crisis Lebanon finds itself in, but there is a sale crisis in Lebanon which must be differentiated from the real estate crisis,” Fares explains. “It’s important to note that Lebanon has not witnessed the phenomenon of price collapse, and, if anything, we’ve seen stability in the price of land. The sale crisis is another issue, which must be handled by other means. In fact, we should be proud of the Lebanese real estate sector, and its steadfastness in the face of this slowdown. Had this slowdown occurred in any of the neighboring countries and lasted for eight years, they would have collapsed. It highlights the resilience of the Lebanese real estate sector, its strength and flexibility in adapting to the global situation.”

In October 2018, Fares, along with partner and Chairman, Namir Cortas, launched Legacy One, often referred to as the country’s first real estate investment vehicle, which was immediately endorsed by H.E. Dr. Riad Salameh, Governor of the Central Bank Banque du Liban, as a means to help the country’s real estate sector in general, and developers in particular. “In order to help the sector, there was a necessity to help developers in critical situations, facing problems with banks due to cumulative loans and lack in sales, which disrupted cashflow,” Fares says. “And we came up with the idea of creating an investment platform that would invest in buying carefully selected distressed properties in Greater Beirut, in order to sell them at a later stage to Lebanon’s extensive diaspora.” 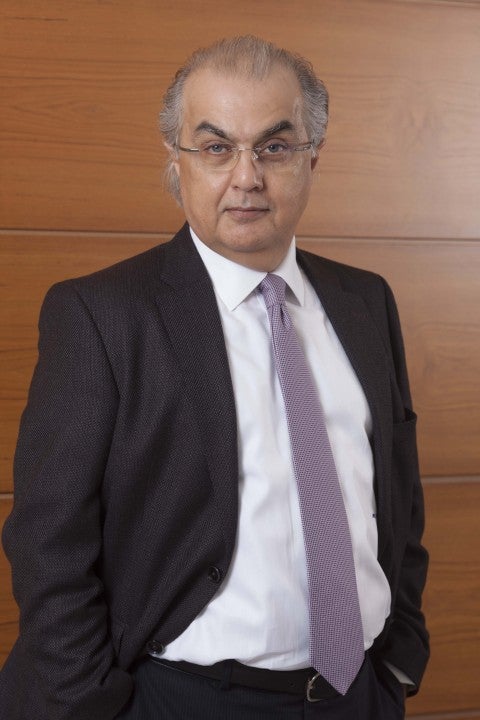 Today, Legacy One is a US$325 million real estate investment vehicle that offers $75 million in equity to Lebanese investors and $250 million in bonds, mainly targeted towards Lebanese commercial banks. The platform is one of the first public offerings approved by Lebanon’s Capital Markets Authority (CMA) under its Series 6000 for Offers of Securities. It is managed by Legacy Central, and administered by Lucid Investment Bank. Fares explains that the Lebanese diaspora, especially in North and Latin America, Europe, and the Middle East, have always had a strong appetite to own property in Lebanon, but have lacked confidence in developers and faced red tape and insufficient after-sales service.

These are some of the reasons why the demand in the country’s capital Beirut totaled 48% or 7,500 units of what is available for sale on the market, according to a study done by InfoPro Research, which also stated that the number of units being sold has been decreasing three years in a row. Legacy One aims to change that. It serves as a one-stop shop offering buyers a portfolio of a diversified range of apartments, in terms of sizes and quarters, at extremely attractive prices. “The properties acquired by the platform are completed or nearly completed with title deeds and/or are in the process of acquiring the deeds; therefore, we guarantee peace of mind and confidence in the products. Financial and administrative facilities are within our services, as well as concierge services and aftersales facility management.”

When it comes to the investors in the project, Fares explains, they have been given a unique opportunity to capitalize on the current stagnation in the Lebanese real estate market, since the Legacy One project is expected to deliver returns through the acquisition and resale of developed undervalued properties. “Real estate investment has always been an important component of the portfolio of any investor,” El Zain adds. “Recently, they were not investing any more in this sector, as the regional and local situation had caused a slowdown, especially in the high-end apartment segment. And Legacy One offers an alternative investment that is only viable in such a situation. It is in fact a contra-real estate investment that can only exist in a buyers’ market. We have, therefore, approached our investors by highlighting these differentiating aspects, and by stressing on the inexistence of the development risk, as only finished apartments will be acquired at very attractive prices, and then sold through an exhaustive and consequent marketing machine. Finally, the investors are swayed by the clear profits that could be generated from this opportunity.” 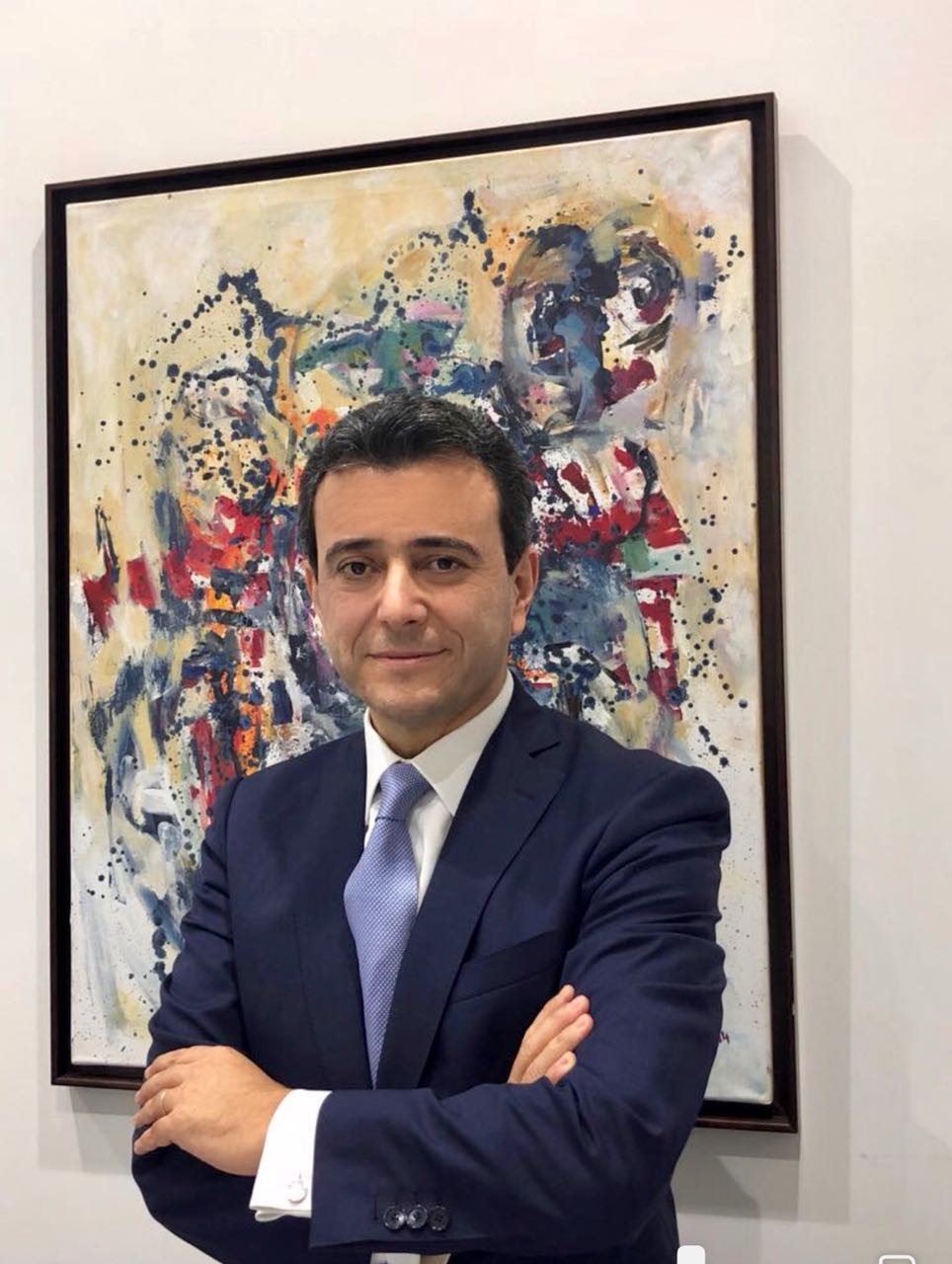 On the other hand, developers and bankers consider the bonds to be an attractive exit opportunity. El Zain continues, “Investing wholesale in apartments which developers have been struggling to shift for years is a great offer for them, giving them a chance to finish their projects, to repay their loans, and eventually extend their businesses by developing other projects. Banks can also swap their exposure to troubled project finance loans for bonds issued by Legacy One platform.” However, Fares insists that Legacy One is more than just a real estate offering for all parties involved. “It is an investment, an opportunity, a legacy, a heritage, a future income, and of course, a home,” he says. “Opportunities come once in a lifetime, and we believe that opportunities deliver success. Legacy One minimizes risks through a meticulous and thorough due diligence process, it also maximizes returns by implementing creative financial reengineering, an agile sales strategy, and an active multi-channel marketing approach, based on a compelling customer value proposition.”

The two partners behind Legacy Central each bring decades of experience in real estate into the Legacy One project. Fares has worked in San Francisco, New York, Marbella, the Gulf, and Beirut to where he returned in 1996. He has been at the forefront of the Lebanese real estate industry, working towards its increased regulation and institutionalization, either as the founder of the Real Estate Syndicate of Lebanon (REAL), or as a supporter of The Real Estate Developers Association - Lebanon (REDAL) where he is the Board Secretary. Cortas is a CPA with a career which started in New York with Deloitte, continued in the UK where he worked in finance and consultancy in construction and real estate for 17 years. In 1997, he returned to Lebanon and developed several projects in Beirut Central District. He is the President of the Real Estate Developers Association of Lebanon (REDAL). Similarly, El Zein started up Lucid in 2003 in London as a corporate finance house and strategy advisory, offering a one-stop shop service for high net worth individuals (HNWI). In 2011, it was registered as a financial institution in Lebanon and upgraded to an investment bank in 2016, all in order to contribute to the development of the country, he says.

El Zein explains that Lebanon needs quick and efficient solutions for the country to stabilize and halt the recent decline in overall investor confidence. “The first such positive impact factor was the formation of the new national unity government, which has clear and achievable objectives and projects/initiatives that, once achieved, would offer the country an important boost,” he says. “One of those initiatives is the new financing schemes in Lebanon which will be public-private partnerships, a major and important initiative for the recovery of Lebanon moving forward. It is important not only because private money is being channeled into government projects, but also since it brings much needed governance, professionalism and transparency into the country.” Fares is similarly enthusiastic about the future of Lebanon, “Taking into account the formation of the new government and the Cèdre project, we are enthusiastic and optimistic about the future. Moreover, we are hoping that soon the situation in the region will improve and obviously this will reflect on the Lebanese economy. As for the MENA region, I have a positive outlook, as I believe that the wars are nearing the end, and the Arab countries are opening up more to the Western societies, and a younger generation of rulers is emerging. All this will provide the adequate platform to do business in the area much more effectively.”