Chick-fil-A moved up from the No. 7 spot on last year's Top 200 ranking, passing Wendy's, Burger King, Taco Bell and Subway.

Chick-fil-A has whipped past rivals to become the third-largest restaurant chain in the U.S.

The chicken chain's massive growth in 2018 moved it into the No. 3 spot on the ranking of the largest restaurant chains in the US, with $10.46 billion in American systemwide sales, according to Nation's Restaurant News analysis published Monday.

McDonald's maintained the No. 1 spot, with $38.52 billion in American system-wide sales. Starbucks held on to second place with $20.49 billion.

Experts say there is no reason to believe Chick-fil-A's growth will slow anytime soon. If anything, Starbucks should be worried it could lose its silver medal.

"Can they double that? I think that is a very reasonable goal for them," Kalinowski Equity Research founder Mark Kalinowski told Business Insider in May.

"I would be suprised if they didn't double that in the not-too-distant future," Kalinowski added. "Can they reach $30 billion? I think that's also a realistic goal if you give them enough time. And that should put them ahead of Starbucks."

Why rivals should be scared 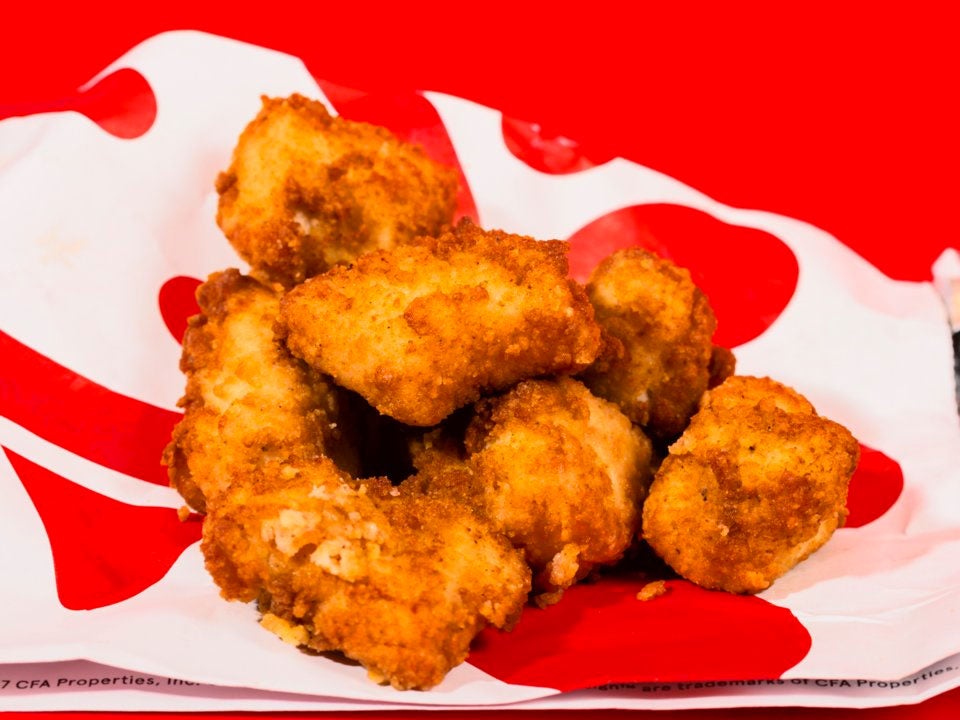 Chick-fil-A competes with chains that have many more locations because of its enviable average unit volumes.

Chick-fil-A has plenty of room for growth as it continues to expand outside the South.

"They're severely under-penetrated," Kalinowski said. "Once you start looking at all these other big metropolitan areas in all these states, there's room for growth for, not just years and years to come but potentially decades to come."

Kalinowski says that some of the brands that should be most concerned about Chick-fil-A's growth are chicken rival KFC and Wendy's, which is known for its chicken sandwich. In an increasingly competitive restaurant industry, many chains are feeling the pressure from Chick-fil-A's growth, as rivals struggle to attract more customers.

"I would say there's pressure on the burger chains in general," Kalinowski said, "and they're fighting that off with varying degrees of success."