Dinosaur Bar-B-Que founder John Stage discovered that an abundance of capital means nothing if you lose control of your business.
Next Article Add to Queue

Ever since he started Dinosaur Bar-B-Que as mobile concession at a biker gathering in upstate New York in the early ’80s, John Stage has been perfecting the art of doling out mouth-watering meats to hungry customers. “When you start with no capital,” he tells Entrepreneur, “you figure things out quickly. You learn how to be resourceful.”

After five years of touring motorcycle shows and other events throughout the Northeast, he and his two partners opened their first location in Syracuse, NY, in 1988. Ten years later, in an effort to expand the brand, Stage partnered with investment behemoth Soros Strategic Partners. This led to new locations in Chicago and Baltimore, but less than two years later, both of them shuttered. No longer able to call the shots, Stage discovered that getting involved with a corporate backer can have serious downside. That’s when he decided to make another change.

Related: 5 Lessons for Food Startups From Beyond Meat's Stunning Success

This past October, just as Dinosaur Bar-B-Que turned 30, Stage bought back a majority interest and moved the home office back to Syracuse, where it all began. Soros is no longer involved, leaving the barbecue guru to his own devices, slinging out ribs, brisket and wings to fans in eight locations throughout New York, New Jersey and Connecticut.

What's kept Stage going throughout these tumultuous three decades? “I stay hungry, stay scrappy and I never stop learning,” he tells us. What has he learned, exactly? Read on. 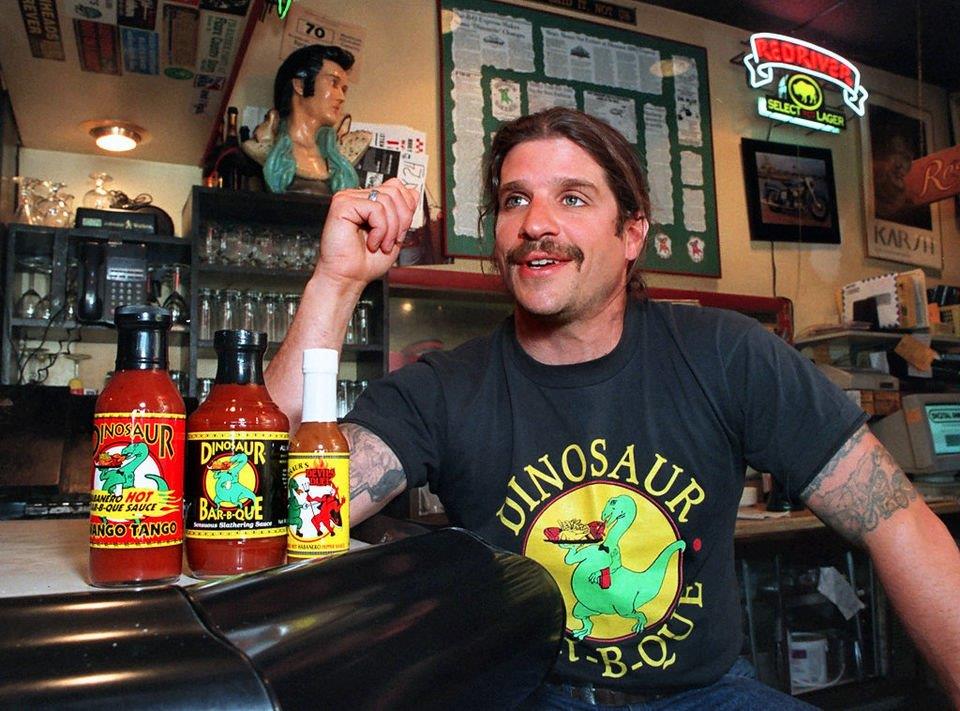 The idea for Dino started in 1983 at the Harley Rendezvous, a biker gathering outside Albany, NY. We saw a void in the marketplace, which was the lack of good food, and decided to do something about it. With zero capital, we got into the biz of feeding bikers. We sawed a 55-gallon drum in half, and away we went! We then converted an old Arnold Bread truck and went up and down the east coast picking up fairs and other festivals between biker gigs. Then, burnt out from five years on the road, we took the money we made and opened up Dino Bar-B-Que in Syracuse.

Is that where you really made a name for the brand?

We definitely made our bones in Syracuse. I’m proud of the team we put together, and the reputation we made as a barbecue destination in the most unlikely of places -- a Snowbelt city in central New York.

Related: The Top Food Franchises of 2019

In 2008 you partnered with Soros Strategic Partners and formed a decade-long relationship during which Dinosaur expanded into Chicago and Baltimore. Those locations closed after only two years. What was the problem?

In 2014, I stepped away from the day-to-day of running the biz and into an advisory role. I was the wrong fit for the new expansion plans; therefore, I lost control, especially without majority ownership. The problem was bad locations and lack of culture; we bit off more than we could chew.

What would you say is gained and lost when a mom-and-pop shop sells to big business?

Access to capital and resources is what’s gained. Culture and freedom to operate as you did in the past can be lost.

What did you take away from the experience?

Many things. The importance of culture, or lack of. Make sure your growth goals are aligned with your partners, and if you don’t have majority ownership, step aside.

Related: 29 New and Tasty Things I Ate at the 2019 Summer Fancy Food Show

What were your first orders of business when you bought back a majority interest last year?

Dino is my baby, and I want to write a great new chapter. The opportunity presented itself, and my former partners were great to deal with during the transition. The first order of business was to move all operations and the home office back to Syracuse where it belongs. Then we went back to basics and upped the game on quality, hospitality, culture and consistency. 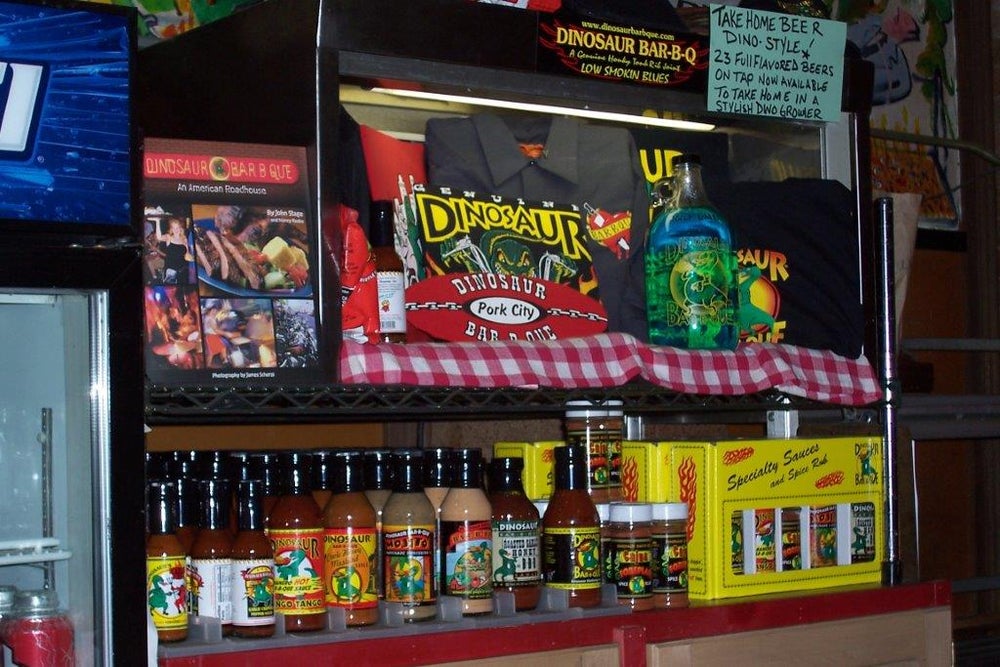 You now have eight locations, a line of sauces and rubs and a cookbook. Any more expansion on the horizon?

We’re focusing within and examining every detail internally to make the foundation as good as it can be. We don’t want to open new stores, but rather focus on what we have and how to make it all better without distractions. Our customer base is very happy that the culture is back, and I’m falling back in love with why I got into this business to begin with. As far as the sauces and rubs go, we continue to enter new doors on that front.

Now that you’re once again involved in Dinosaur Bar-B-Que's day-to-day, how are you reigniting the company culture?

Culture is everything. This is a tough biz with a tough labor market. There is no one single bullet; it’s all about showing up, being present and having a consistent message of upping our game, eliminating bullshit and bureaucracy, and doing it all for the love of great barbecue and making our customers happy. You got to walk the walk.

Related: Arby's Is Unknowingly Trolling Many of its Own Customers With Its 'Carrot' Made of Meat

You gave team members who had been with you the longest shares in the company, making them owners as well. Why?

Very simple. They deserve it, and I want them to completely own this someday -- that would be a great legacy. Some of these people have been with us for 15 to 20 years, have seen the company evolve, and still remain focused on the original mission and culture. When I do decide to walk away, I want to make sure I leave it in the hands of those who’ve been with me since the beginning.

What’s the most important part of the customer experience to you?

I want our customers to say, “That was some great barbecue.” That never gets old. It’s the essence of why we’re in this business and what drives me.

This Entrepreneur Pitfall is a Primal Impulse

Why Self-Doubt Can Be Your Secret Weapon