Benturquia's hope is to build an enterprise out of the Middle East that follows the stories of companies like Amazon and Apple, one that will stand the test of time, and have a legacy that will be remembered as well.

As someone who has been a part of the Middle East’s startup ecosystem for a while now, it should come as no surprise that Okadoc founder and CEO Fodhil Benturquia often finds himself subjected to a plethora of pitches from both aspiring and current entrepreneurs in the region, all of whom are seeking validation for their respective ideas. Now, when I find myself in a situation similar to Benturquia’s, I usually choose to listen to the person’s idea, comment on the positive aspects that I can glean from it, and then wish them the best of luck with their venture. Benturquia, however, makes use of a drastically different tactic when responding to those who come to him for his feedback on their ventures. “What I do is I go and destroy the idea,” Benturquia tells me. “I really go ballistic, and I tell them why it will never work.”

Now, this blistering feedback leaves most people understandably disheartened, and they even think about dropping their entrepreneurial ambitions altogether- and that’s when Benturquia shares with them a sort of addendum to his criticism. “I tell them, ‘you let me destroy your dream, you should not let anybody do that.’” According to Benturquia, entrepreneurs need to be prepared to be challenged at every turn on the trajectory they are on- if you’re not ready to be challenged, you’re not ready to be an entrepreneur, he says. Going by that logic, it’s safe to say that Benturquia is a fully-fledged entrepreneur: as the founder of an enterprise that’s essentially reimagining the healthcare experience in the Middle East, he’s been on the receiving end of a lot of blowback for his idea- yet, none of that has stopped him from pushing ahead with his venture. As for how he has managed to do that, consider what Benturquia thinks to be the worst advice he has got as an entrepreneur: have a plan B, in case his startup idea doesn’t pan out. “That’s the worst piece of advice I have ever got, I think,” he says. “Because if you really believe in your idea, there is no plan B. The moment you think about a plan B, you’ve set yourself up for failure. A lot of people say, ‘Okay, but what if it doesn’t work?’ And I have never thought about, I will never think about it. Because if it doesn’t work, I will find a way to make it work.”

It’s this principle that one can draw as being the central ethos driving Benturquia’s leadership of Okadoc, which he founded in the UAE in 2018. Billed as “the region’s first instant online appointment booking platform” in the healthcare space, Okadoc is aiming at doing away with the hassle that is often part and parcel of the process when one wants to meet with a doctor in this region- in fact, Benturquia set upon conceptualizing his healthtech startup after having experiencing this problem himself. “At that time, two things shocked me,” he remembers. “One is that everything takes less than a minute nowadays, but it took me more than 15 minutes to get an appointment. So, that’s definitely a big problem.” The second aspect of this whole experience that irked Benturquia was due to his background in the region’s e-commerce space, with him having worked at MarkaVIP, Souq, and Noon prior to launching Okadoc. “In e-commerce, or the tech field in general, in a call center, when a customer calls you, we don’t let them wait for more than 20 seconds, because we know that the drop rate will be 50% if you let anybody wait for that long. And that’s for retention purposes usually, not for acquisition, because people transact online, and if they call you, that means there’s a problem, and so you want to make sure that you are there for them. But here [in the healthcare space], it’s not even for retention, it’s for acquisition- so, if you’re a patient, and you’re calling for the first time, you are made to wait 15 minutes. So, to me, it felt like there were so many things that could be done [to improve this]… Nobody should have to wait more than 20 seconds over the phone, and second, why should they call? They have to call just to see availabilities, and book an appointment. So, I felt that there was a great opportunity here- I felt that a lot of people like me would love to have this problem solved.”

And Benturquia’s intuition certainly seems to have been on the right track, judging by the reception Okadoc has received in the UAE’s healthcare space. Having onboarded more than 1,800 facilities and between 14,000 and 15,000 medical practitioners, Okadoc today lists 1,000 doctors in the UAE who are available for users to book instant appointments with. While that number is set to further increase in the coming months, Benturquia notes that Okadoc has already got a 10% market penetration in the UAE- after just one year in operation. “I think the team we have has done a great job,” he says. “Our target is to reach 30% market penetration by 2021.” With respect to users, Benturquia says that Okadoc crossed half a million visits on its website in July this year, while its mobile apps have had more than 55,000 downloads so far. “The traffic is growing at 20%, month on month,” he continues. “The number of bookings [made on Okadoc], I can’t disclose this number, but it’s also quite high, and increasing on a monthly basis.”

Okadoc’s appeal has also been boosted thanks to the partnerships it has made with noteworthy healthcare entities in the UAE- these include names like Zulekha Healthcare Group, Emirates Healthcare Group, Medcare, Aster DM Healthcare, NMC, and Dubai Healthcare City. While the UAE market has been where Okadoc has been focused on so far, Benturquia says that he and his team are already considering expanding in the region. “Saudi Arabia is the next country we are launching in,” he reveals. “Right now, we are preparing the operations for Saudi Arabia; the launch should be happening very soon. We’ve already got some great partners there, with whom we are preparing our launch.” In terms of funds, Benturquia reveals that Okadoc had gone through a seed funding round last year, and are now in the process of closing a Series A round. While he didn’t disclose the exact amounts that were raised as part of these rounds, Benturquia proudly states that these funds together will “make Okadoc the best funded healthtech startup in the GCC.”

Related: Driving Innovation And Growth Starts With A Powerful Culture Of Equality 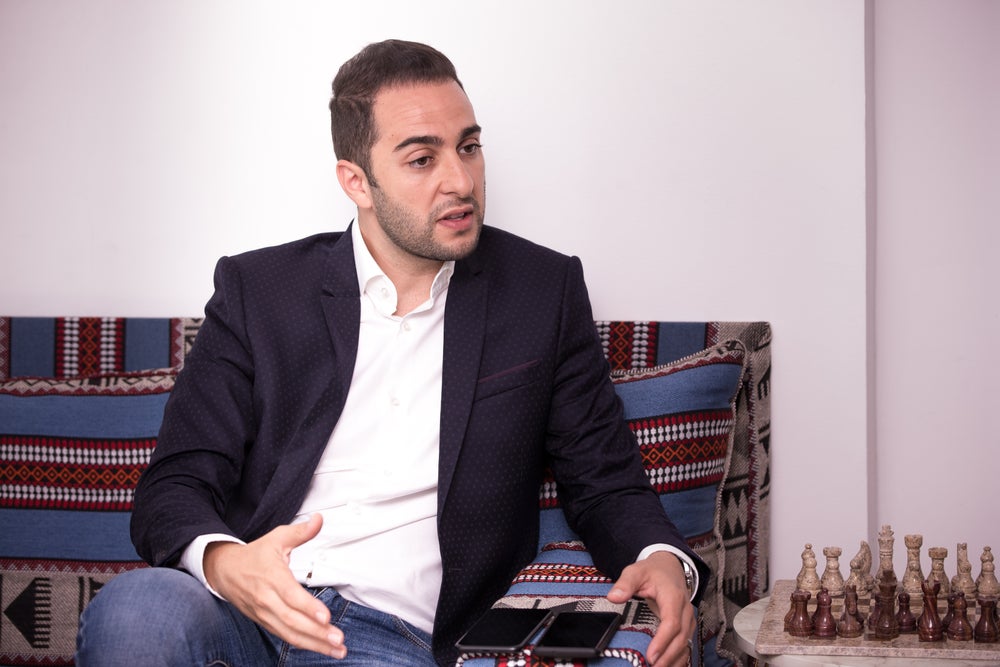 In terms of the startup’s business model, Benturquia explains that doctors are charged a monthly subscription fee to be on Okadoc, as a result of which they are allowed to make themselves available for as many bookings as they please. “It is a business model that is existing,” Benturquia says, pointing toward examples like the US-based Zocdoc, which famously had a US$1.8 billion valuation in 2015, as well as Doctolib in Europe, which had a valuation of EUR1 billion earlier this year. As for why doctors are attracted to Okadoc in the first place, besides its obvious ease and usability, one of the key reasons can be drawn to the fact that the platform makes sure their time is made use of in the most efficient and effective way possible. A big problem doctors in the UAE face is when people make appointments with them, and then fail to show up. Okadoc’s research on this phenomenon of “no shows” found that 50% of patients in the UAE miss appointments because they forgot that they had made these in the first place. In addition, the study noted that 40% of patients who tried to reschedule their appointments found themselves unable to do so, either because they tried to do so during out-of-work hours for the doctor, or simply because they had to wait too long to do just that.

It is in how Okadoc solves this problem that one gets to understand why Benturquia says his company’s mission to make the healthcare experience better for everyone involved- the startup’s solutions cater to not just the needs and demands of patients, but also to those of doctors as well. As a fully automated platform, Okadoc’s offering makes it easy for a user to not just instantly book appointments, but also cancel and reschedule them in seconds- without ever needing human intervention for any of these actions. At the same time, Okadoc tries to ensure that those who make these bookings show up for them by giving them notifications and reminders- Benturquia proudly declares that Okadoc has been able to reduce no shows by 75% for doctors on its platform.

At this point, I find myself asking Benturquia his vision for Okadoc- where does he see his enterprise going in the long-term, since, after all, the potential of a massive exit for the startup is hard to ignore, especially when you consider the stories of its contemporaries in the global market like Zocdoc and Doctolib? “For me, solving problems with technology is something that I really love,” Benturquia replies. “It’s a proven, profitable business model, so there are, I think, plenty of exits possible for both the investors and for ourselves. But as for how we see ourselves, well, we are enjoying what we are doing. So, we’d love to build Okadoc for a very long period of time- I see myself with Okadoc for, I don’t know, hopefully, 10, 15, 20 years. I think exits are important for investors, but I think my dream would really be to build a company that is meaningful, which is, I think, the case with what we are doing, but also one that does not finalize its success by being acquired.”

Benturquia’s hope is thus to build an enterprise out of the Middle East that follows the stories of companies like Amazon and Apple, one that will stand the test of time, and have a legacy that will be remembered as well. “I think seeing a company, a tech company, startup from the region to stay as a name, as a company, that’s something that will make me really proud and happy as an entrepreneur and a businessman,” he explains. “And it’s not just me, it’s the team as well. They ask, ‘why do we want to sell, why do we have to sell?’ If we can become profitable, if we are meaningful, if we can grow, if the opportunity is there (even beyond the Middle East, in Asia and Africa), why don’t we go there, and just sustain the company for a long time? So, sustainability is something that we are looking at differently.” At a time when short-term ambitions are largely the order of the day when it comes to entrepreneurial dreams in the Middle East, it’s definitely refreshing to hear Benturquia think differently when it comes to the goals he has set for himself and his enterprise.

Related: How Huda, Mona, And Alya Kattan Built Huda Beauty Out Of Dubai