Superheroes of Cybersecurity: How Tom Albert and His Team Are Changing the Way the World Sees Risk

Risks and no regrets fueled this entrepreneur's rise to the top in artificial intelligence technology.

October 22, 2019
Opinions expressed by Entrepreneur contributors are their own.

Albert’s life is the stuff of movies, too. He’s lost a home to fire, saved lives, and put his own at risk more than once. If he’s in a sticky situation, he can press a button and a helicopter will land almost anywhere to extract him. That’s the kind of security you need when adversaries of the United States offer you millions to write software for them; but the patriot can’t be bought.

The entrepreneur’s artificial intelligence company, MeasuredRisk, helps organizations predict and mitigate risks of all kinds, from terrorism to cyber attacks. Yet the 44-year-old entrepreneur isn’t the solemn, corporate type you might expect. He’s an artist from humble beginnings who never took a business class and prefers fly-fishing to wearing suits. Four years ago, he walked away from a lucrative business offer to bootstrap the company with nothing more than a purpose: to help the good guys stay ahead of their risks.

A Wrestler, a Pool Player, and a Lumberjack

Albert has always been what he calls “a scrappy hustler.” At 11 years old he started working on a farm milking cows and by 13 was earning money playing pool at the local billiard hall. At age 16, he managed two gas stations in his hometown of State College, Pennsylvania.

He grew up wrestling, which contributed to the discipline he has today. “You work out at 5:30 a.m. before school; then if you’re dedicated, you work out again after practice at the end of the day,” he says. For Albert, that meant two more hours on the treadmill. He says he also learned the importance of teamwork. “You surround yourself with a good team, lift each other up, and rise together,” he says, a principle that would later inform the MeasuredRisk motto: “We rise by lifting others.” 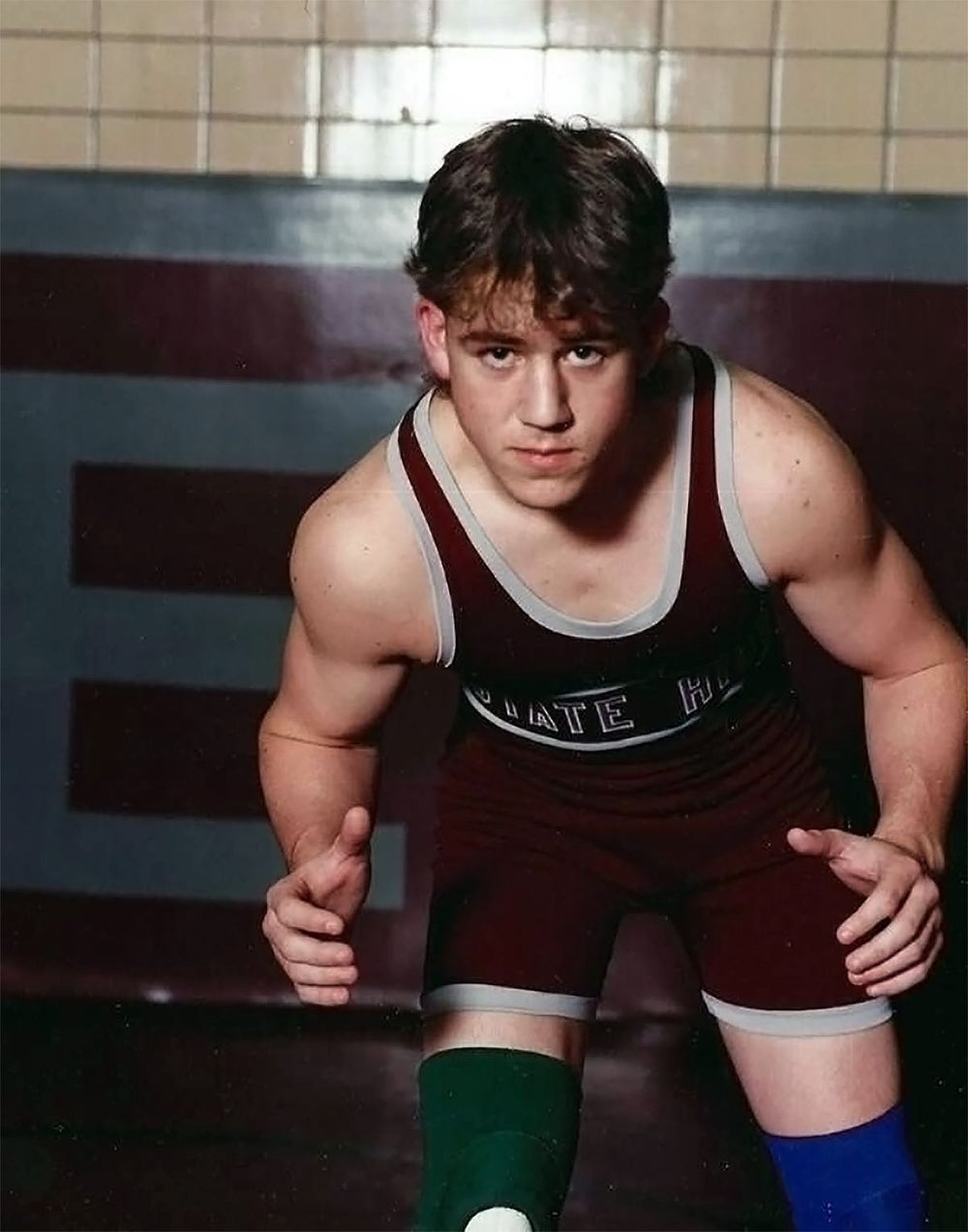 Albert went on to wrestle in the intramural club at Pennsylvania State University, where he majored in art and studied topics like philosophy, sociology, and astronomy. It took him six years to graduate because he went on hiatus as a logger before deciding school was better than being covered in bee stings and poison ivy.

He held several jobs to support himself through college, including a sales role with a mortgage broker who also happened to be the chairman of the business college and would later become the chief financial officer for MeasuredRisk.

Closing the Deal in a Tasmanian Devil T-shirt

Albert’s first job after college was selling copiers to churches. One winter night, a fire ripped through his apartment, leaving him homeless. “I will never forget standing outside in an ice storm at 3 a.m., underdressed in the only clothes I owned after the fire,” he recalls.

When he called to tell his boss, Tom Vella, why he wouldn’t make their 8 a.m. sales meeting, he didn’t receive the sympathy he expected. “Get over here,” his boss told him. So that’s what he did — with no sleep, smelling of smoke, and wearing a Tasmanian devil T-shirt from Walmart.

Albert recalls how his boss apologized for his appearance to the boardroom of executives in suits. “His property burned down last night and he lost everything in the fire, but he’s really committed to doing business with you,” Vella explained. Needless to say, they won the business, and Albert learned to turn a bad situation into gold.

After that role, Albert rose through the ranks in sales and management positions for billion-dollar software companies, including Oracle and Cisco, racking up accolades for his performance along the way. He was selected to the President’s Club at Oracle, a distinction reserved for the top 5% of revenue producers worldwide. At Cisco, he was placed on the company’s high-potential list and was told that he scored the highest the company had ever seen on their emotional intelligence test.

Selling advanced technology taught Albert the intricacies of cybersecurity and security intelligence at a technical level. At 32 years old he was recruited to lead Cisco’s U.S. Federal Civilian cybersecurity group, and later grew a company into one that Cisco purchased for nearly half a billion dollars.

Throughout his corporate career, Albert kept his creative passions alive. He started several ventures on the side, including a workshop and art gallery for handcrafted wood Nakashima-style tables.

After 15 years in the corporate world, it was time to marry his passion for art with artificial intelligence.

In 2015, Albert learned that his father’s cancer had progressed and he only had a few months to live; so Albert dropped everything to stay with him until he passed away. “I held his hand, prayed with him, and watched him take his last breath.”

His father’s death gave him a new perspective. “My dad didn’t take a lot of risks in life,” says Albert. “I knew that I didn’t want to look back with regrets. It was time to do something more meaningful.”

The idea for MeasuredRisk was born from his passion for helping others and keeping them safe. “I was working with CEOs of companies that were getting hacked despite multimillion-dollar information technology budgets,” he says. “No one had a real-time picture of their risks that was nontechnical and actionable. I knew I could address their cybersecurity problems if I had creative control.”

He was considering the idea when another company offered him a lucrative leadership role. At the peak of his career, he faced a choice: money or meaning. Albert rolled the dice, declined the offer, and started MeasuredRisk. “The price of your new life is the cost of your old life,” he says. 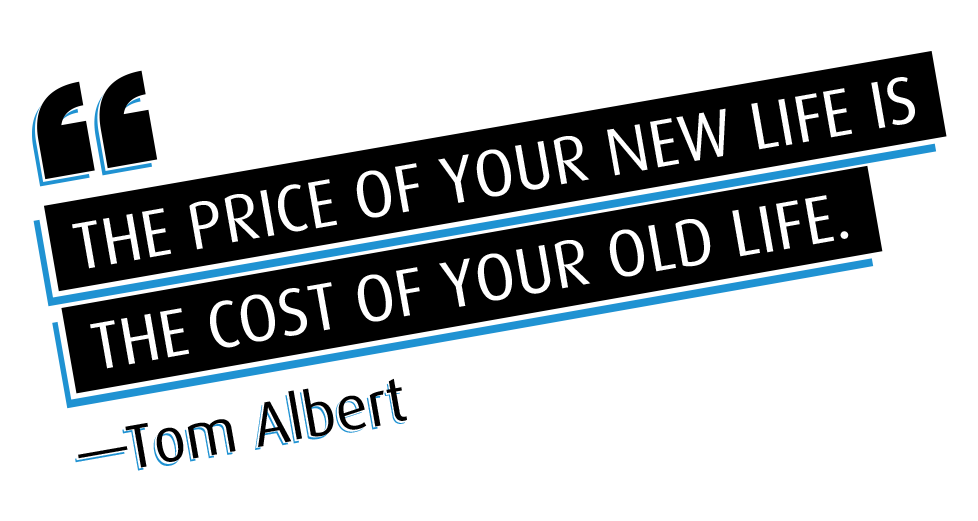 Albert’s first move was bringing together a multidisciplinary team of experts in everything from national security to business, geopolitics, and big data. They developed an artificial intelligence engine that can see most of the information on the internet — from the news and social media to the “dark web,” a hotbed of criminal activity. They have found important information leaks and criminal plans, which they’ve turned over to the authorities free of charge. 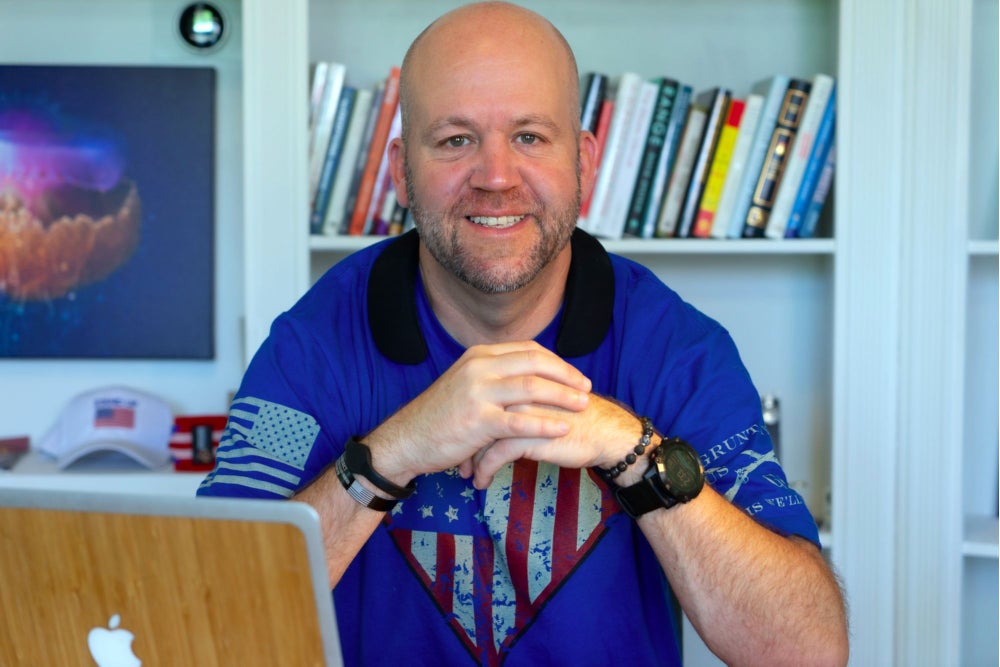 Adversaries of the U.S. have tried to pay Albert for his skills, but the patriot can’t be bought.
Image credit: Tom Albert

'The Brain' That Beats the Hackers

Albert says the MeasuredRisk software platform, dubbed “the brain” within the company, has beat two of the top hackers in the world by 72 hours. “The power behind technology is how you apply art to the algorithms that run them,” says Albert. “To beat the hackers, you have to be as creative as they are, which requires thinking differently and a wild imagination.”

The software considers risks related to everything from bad weather to data leaks and changes in the economy. By gathering all their data, they can assess the likelihood of issues like lawsuits and disruptions to a business’s supply chain.

But the company isn’t about gloom and doom. “We’re redefinining how world leaders see the opposite of risk: human potential,” says Albert, who has been approached by impact investors for the technology’s capabilities in areas like healthcare and mental health.

Albert is particularly passionate about how the software can benefit those with post-traumatic stress disorder. He has seen its impact on friends who were in the special forces and says he has talked several of them out of suicide. He’s been near death himself at least twice thanks to a motorcycle accident and a bite from a deadly spider. That’s partly how he knows risks — because he’s taken a few of his own.

In his free time, Albert goes fly-fishing off the grid. By himself in the middle of the woods, hours from the nearest cell phone tower, he eats only what he catches. He brings his satellite phone for emergencies but says, “You could throw me in the middle of the desert and I’d find my way back. Whatever life throws at me, I’ll figure it out.”

Albert also spends a lot of time with his family, which is partly why his team is entirely remote. His wife, Holly, also works with MeasuredRisk. Their two daughters are 8 and 11 years old. “I spend time with my girls every day,” says Albert, who teaches them about business, bird calls, and bushcraft survival. 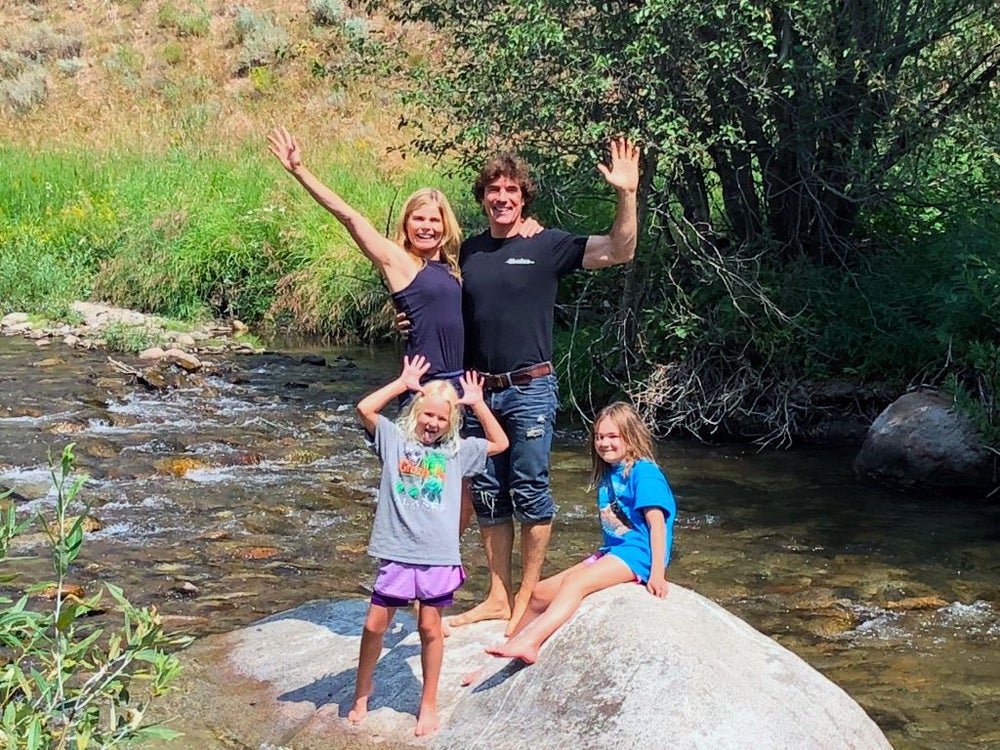 His daughters are impressive in their own right. One is an accomplished ballet dancer, the other read the Harry Potter series in less than a month. One can code robots, the other codes software. They’re both nearly black belts in taekwondo — and like their parents, they’re entrepreneurs.

Albert recalls the girls setting up booths to “sell” their household items to him. At 6 years old, one of the girls offered him a choice between his Montblanc pen and a drawing of a rainbow-filled sky. “Do you want the thing that’s more expensive or more valuable?” she asked. Pointing to her drawing, she added: “Because this is far more valuable. This is dreams.”

“As a society, we need to rediscover the creative child within,” says Albert. “Kids solve problems in unique ways that we adults have forgotten. We forget how imaginative we once were. The time of the artist is now — as it always should have been.”

Connect with Tom on LinkedIn or visit his website.