Dreading airports? This Hong Kong-Based Company gives you reasons not to!

Entrepreneur Asia Pacific interviewed Plaza Premium's chief executive officer, Song Hoi See, on his vision for the company, his personal travel mantra, and what setting up a business taught him
Next Article

Plaza Premium Group is changing airplane travel by making the most-dreaded aspect of the journey – passing time at uncomfortable, cold, smelly airports – pleasant, tasty and relaxing all in one go, much like ‘home’, which is something group chief executive officer, Song Hoi See, says he focuses on.

Born to, and raised in a big family inculcated a strong sense of family values in him, See tells Entrepreneur Asia Pacific, and those values are now his guidemap to running the company.

Before establishing Plaza Premium, See was an investment banker, always on the go, and the idea of setting up private airport lounges struck him on one of those travels.

Even faxing business documents was difficult (email wasn’t there yet!),” says See.

“Then, I thought - why should only business and first class passengers – which make up only 15 per cent of air passengers – have access to lounge services!”

“I wanted to create something for the majority, and so, I decided to disrupt the status quo by creating this new idea of independent, pay-per-use airport lounge concept – Plaza Premium Lounge – for all travellers, regardless of airlines or class of travel, back in 1998,” he adds.

Plaza Premium’s themed lounges – replete with relaxed lighting, curated cuisine, and comfortable seating – airside hotels that you pay for by the number of hours used, and the airport meet-and-greet services, are all aimed at providing a meaningful, stress free travel experience for fliers travelling all classes of an airline.

The mission of Plaza Premium Group is to Make Travel Better, See tells Entrepreneur Asia Pacific. “We observed that transit passengers always struggle to find a space just to sleep or a nap. That was 2016, and soon, we built the world’s first transit airport hotel at the terminal, and that is how Aerotel was born,” he adds.

The first Aerotel hotel in Singapore at Changi Airport, which features an outdoor pool, a gym area, dining zone and a library, was well received very quickly by passengers, encouraging the company to continue on that path. It recently opened its Aerotel Beijing – the largest in-terminal airport hotel – at the new Beijing Daxing International Airport, following Aerotel Guangzhou which opened its doors last year.

Fall Down Seven Times, Get Up Eight

When asked what his biggest challenges were when he decided to set up Plaza Premium, See said proving the company’s usefulness was one.

“When we first launched Plaza Premium Lounge in Hong Kong and Kuala Lumpur, it was difficult for consumers to understand the value they could get by paying for airport lounge services,” he says.

Independent pay-per-use airport lounge concept challenged the perception of airport lounges, for both airports and consumers, and the company had to work hard to prove to its airport partners that offering lounge services to consumers would not only help improve the overall customer experience, but also enhance the airports’ reputation.

“We gave travellers more “excuses” to be at the airport, and enjoy our lounge facilities, and that gradually changed the perception of airports being a hassle,” he says.

An important lesson See learned in his entrepreneurial journey was to face challenges head-on. 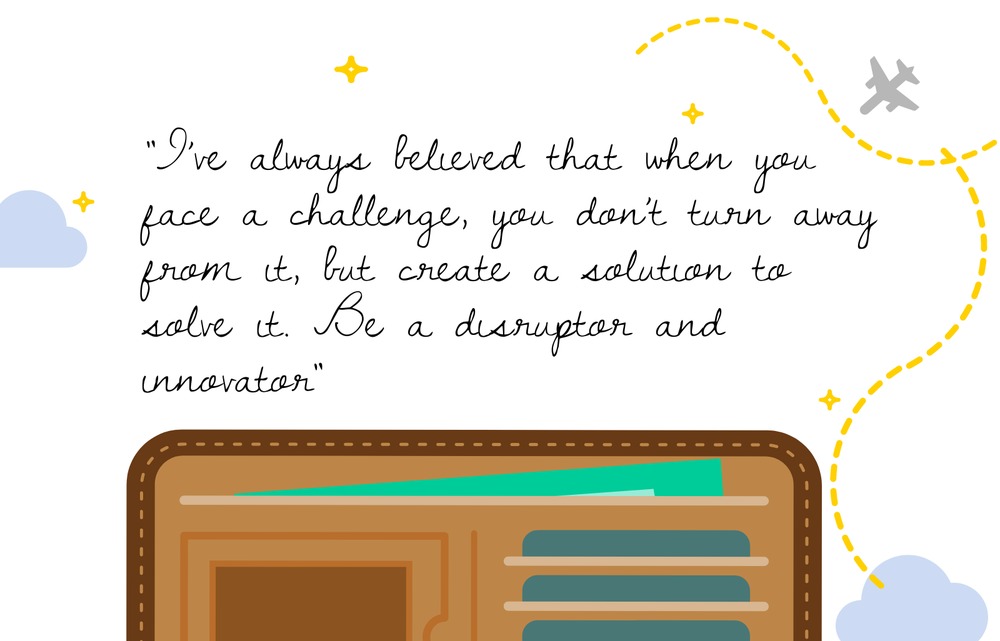 “I also firmly believe that we must do everything perfectly, and do it every time.  Consumers may or may not remember how good you are, but if you make a mistake once, you will be remembered for a long time!  So we decided training our staff was crucial, and now, every year, we keep a minimum of 130,000 hours dedicated to training to refresh our teams’ skills and knowledge,” See added.

In addition, finding people who share your vision and passion for the job, is important.

“I consider my company as “Plaza family”, with a bottom up management style, and we, as in our personal lives, must take of our own family before we take of our guests,” he says.

Comfort On the Offer

See says some of the things that set Plaza Premium apart from other lounges include ‘glocal’ cuisines, relaxing interior design, and its culture-sensitivity.

“Along with continental cuisine, we always have local comfort food on the offer. So, for example, we serve 'laska' in our Singapore lounges, fish ball noodle soup in Hong Kong, oven-baked pizza in Rome and so on,” he says.

“Interior design is also important, so that when our guests are lounging with us, they can appreciate the city, or country’s uniqueness.”

The company’s lounge is Brazil, for example, features graffiti created by local artists, while its Taiwan lounge features Taipei’s skyline at the check-in reception.

“We’re also very culture-sensitive, and so, at our upcoming lounge at Dubai International Airport, we’ve planned to construct separate prayer rooms for male and female guests, and in the Middle East, we’ll introduce family suites because family travel is quite popular there,” the company’s CEO adds.

Plaza Premium, which has a strong presence in Singapore and Malaysia already, is now focusing efforts on building its footprint in Cambodia, the Philippines, and Indonesia.

Indonesia is one market the company is excited about right now, and an IATA study gives them a good reason to.

The study says Indonesia is expected to become the fourth largest aviation market in 15 years, from the tenth largest in 2018. In the country’s capital, Jakarta, the Soekarno–Hatta International Airport served 66.9 million passengers in 2018, and was ranked the second most connected megahub in Asia Pacific, and tenth among the world’s top 20.

As for its future plans, the company says its short-term goal is to expand 2-3 per cent, in terms of the number of airports it has a presence in. Currently, Plaza Premium Group is in only about 5 per cent, or 44-plus international airports, of the 1,000 potential airports.

As Plaza Premium’s international presence grows, See says he would like to explore the idea of appointing a regional head or a CEO, to manage operations. He did not comment on whether the appointments would be from within the company, or if he is looking to hire externally.

The company is also currently exploring co-working spaces at airports.

“We’d like to see Plaza Premium Lounge and all our brands become household names, so that whenever travellers pass through airports, they think of us!” remarks See. 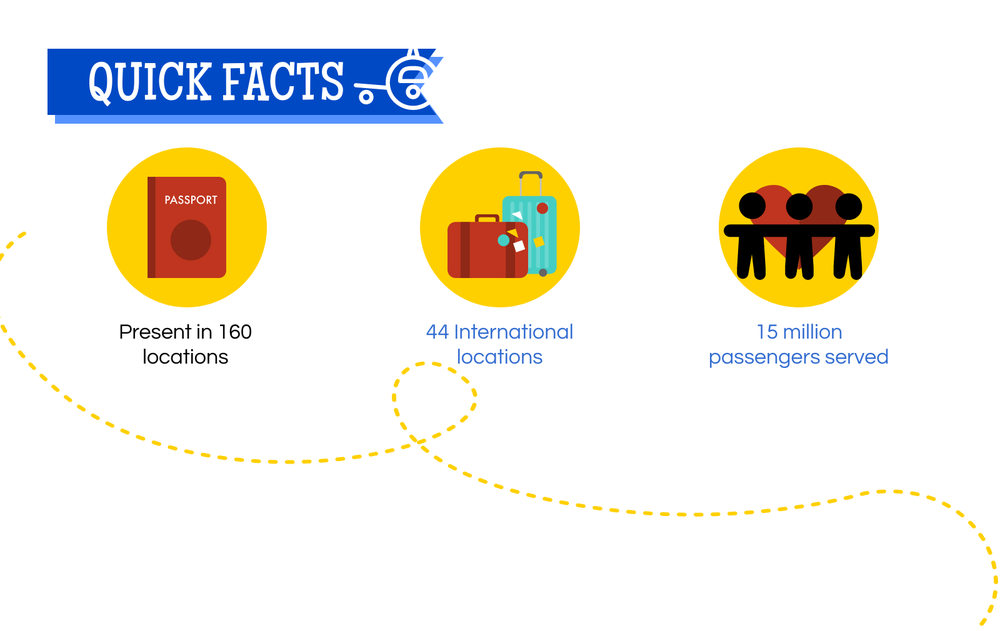 Sustainabiliy Is Becoming A Focus For Plaza Premium Group

“We started by taking small steps.  For instance, we introduced water taps in our Langkawi lounge, so travellers can fill up their water bottles. We also installed big refillable bottles for shampoo and shower gel at our Aerotels, replacing all one-time use plastic bottles. They’re still baby steps...,” says See.

Observing and exploring a country’s local culture is always at the top of See’s agenda when he travels, he says.

“Everywhere I go, I go to the local places to experience the destination. Sometimes, I talk to the local businessmen because I believe there are always things to learn from them,” he says.

Today is Taco Day! Everything you need to know to succeed with this dish

What to Do If People Laugh at Your Idea

10 Post-Pandemic Opportunities to Grow Your Business in 2021