All That Glitters is Light-weight Gold

Light-weight jewellery sellers are sporting a smile amid high gold prices and slowing market conditions. With over 30 per cent share of the jewellery market in India, this segment is witnessing heavy volumes and rapid growth.

The traditional jewellery market in India was never made for women in workplaces or colleges or any other place for that matter, apart from weddings and festivals. After all, a 22K heavy gold piece, often a necklace or a bangle, was never meant to be displayed at work. With time, however, as the aspirations of women soar, the jewellery market too has evolved. At a time when gold prices are at an all time high, it is the lighter variant of the yellow metal that’s attracting the millennials as well as the young investors.

Estimated to be valued at around Rs 1.5 lakh crore, the light-weight jewellery accounts for a significant share in the Rs 5 lakh crore massive jewellery market in India. And the 20-25 per cent y-o-y growth of the segment is the testament to its growing popularity. The daily wear segment is expected to displace the wedding segment and contribute 49 per cent of the market by 2020.

Suggesting that there was a glaring gap in the industry and a huge opportunity to cater to the segment customers, Sandeep Kulhalli, Senior Vice President, Retail and Marketing, Jewellery Division, Titan Company, recalls how Mia, a sub-division of Tanishq, started its journey in India. 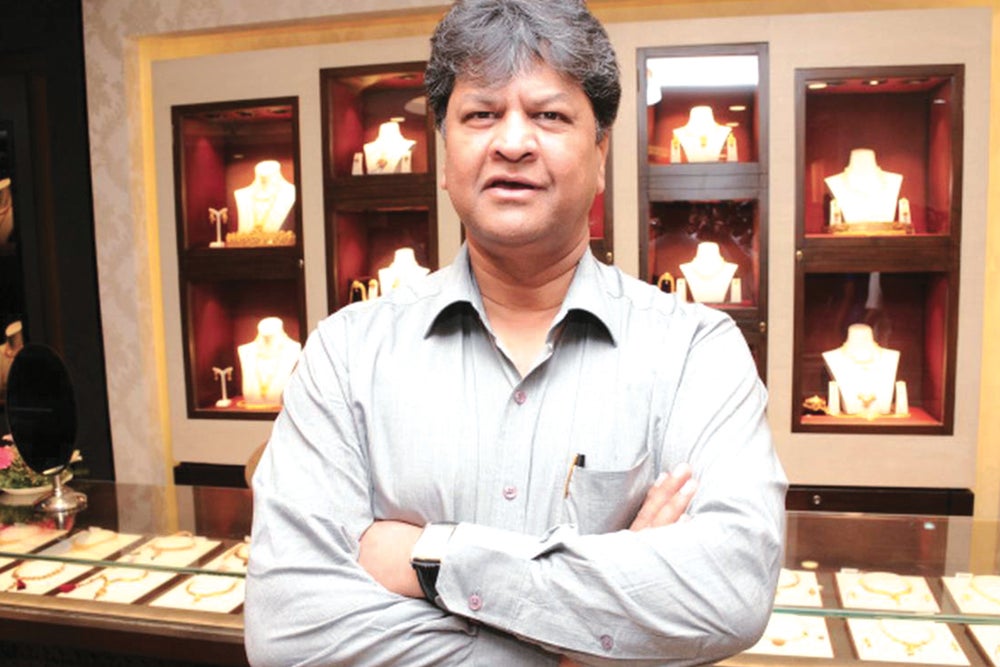 “Back in 2010 when we launched Mia, jewellery was often bought by women for weddings and special occasions. We realized that there was a huge opportunity to segment customers as the jewellery market in India did not have any marketing mix. There was potential to cater to the young working women who had higher spending capacity and Mia was launched to cater to this segment,” he says.

Keeping in line with the growing aspirations of today’s women, the brand adopted many changes strategically and re-launched the brand identity. Changing its target from ‘women in work’ to ‘women in action’ has been one of its biggest marketing strategies.

“Over the last year and a half, we launched ‘Me in Action’ and with this any woman in action is our target group. It can be a housewife who is at home and powering her husband and kids to go out and do some really amazing stuff. Anyone who loves buying fashionable jewellery is our customer,” says Bhavishya Kelappan, Business Head, Mia by Tanishq.

While Mia launched its first standalone store in 2013, today it is present at 35 locations, including in cities such as Vishakapatnam, Bhopal and Bhuvaneshwar. It has plans to add at least 50 stores by the end of this financial year. Last year, Mia recorded 20-25 per cent y-o-y growth. Mia by Tanishq mostly sells 14K, 18K gold variants which are priced around Rs 2,000 and Rs 2,500 per gm, respectively.

While higher affordability and increasing aspirations have contributed to the success of this segment, Rupesh Jain, CEO and Co-founder, Candere, a light-weight jewellery segment of Kalyan Jewellers, observes that there is a huge demand from working millennials because they realize that design matters more than the metal and the lighter 14K, 18K variants are way cheaper too. 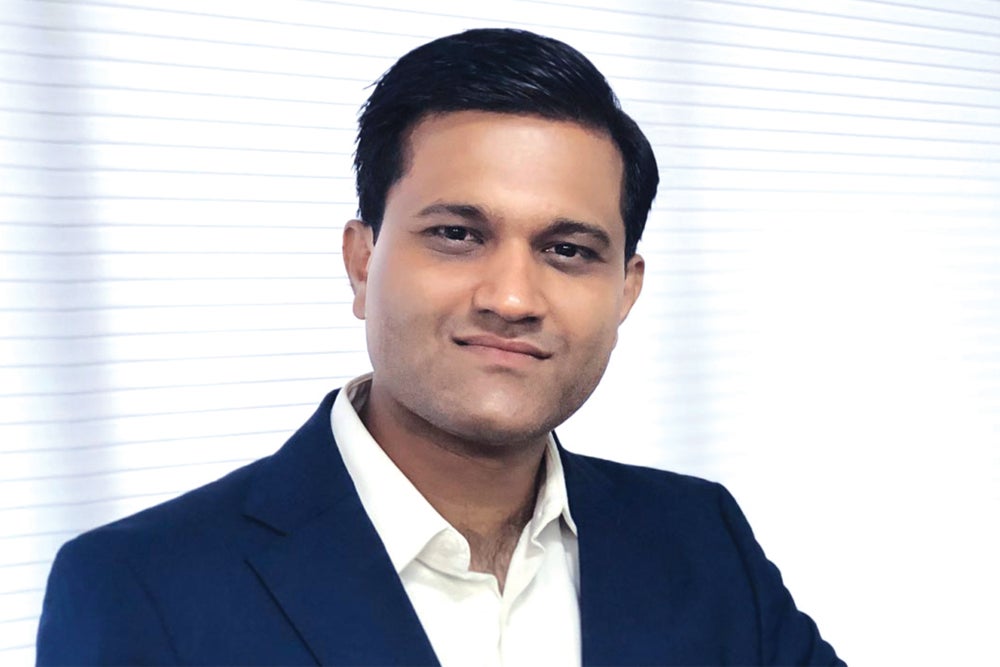 “Imagine a jewellery piece of around 15 gm (22K gold) would cost around Rs 50,000-60,000, while at the same price three pieces of light-weight jewellery can be bought. Unlike previous generations, millennials often like to change jewellery with their attire, which has translated into more people investing in light-weight segment. Since the segment allows contemporary designs and even customizations, it’s a massive hit,” Jain observes.

Launched in 2013, Candere has more than 10,000 SKUs and is sold in more than 100 Kalyan Stores across India. According to Jain, Candere is growing at 20-25 per cent y-o-y and following the growing demand, Candere is now looking at launching a standalone store in 2020 and will also plan to introduce 10K gold variant.

Speaking about the store launch plans, Jain maintains that the brand is focusing on customer experience at the store and technology will play a key role in enhancing the store experience. “We want to do a retail experimentation of sorts with the launch of Candere stores. Initially, we will launch a few stores in Tier I and Metro cities, and then expand as per the demand,” he says.

Kulhalli maintains that the demand for light-weight jewellery from smaller towns is as much as the demand from metros and Tier I cities, if not more. “Since the light-weight jewellery is easy on the pockets, more women in smaller towns are open to experimentation and want to try and buy light, pocket-friendly pieces. In fact, it is this desire to try and buy that’s driving more offline sales for Mia.”

Mia forayed into Tier II cities last year with Ranchi, Bhubaneswar and Bhopal. While it is still focusing on Tier I markets, it is also looking at more Tier II cities. “We will look at all markets that make sense for us, but primarily, we are looking to increase our presence in Tier I markets for now. We’re also looking at opening two more stores in Chennai by September-end, along with Lucknow,” says Kelappan.

While Jain highlights the need for retail experimentation with such formats, forerunner of light-weight jewellery brands, Caratlane has launched no barrier access to all its customers at its offline stores.

Commenting on the concept, a representative of the brand says that the consumer-driven brand wanted to connect with its millennial customers, and hence came up with the idea of leaving the product display area easily accessible, where a customer could walk into the store, try the jewellery and buy it at their own convenience. 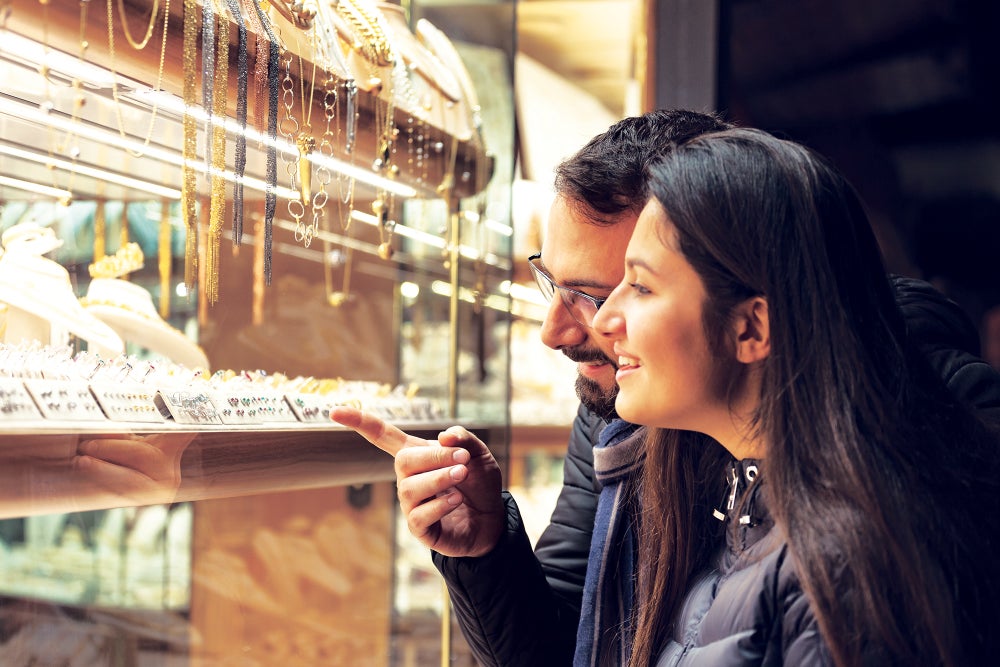 “The whole experience of walking into a Caratlane outlet and shopping at the store is extremely unique and different from the visits to a traditional jeweller. The no barrier access was introduced in an attempt to let the customers connect with the brand and the brand concept, instead of assigning a representative between the customer and the brand,” he said.

Launched in 2008 by Mithun Sacheti and Srinivasa Gopalan, CaratLane is aiming at a 56 per cent jump in its revenue at Rs 500 crore for the financial year 2018-19, from Rs 320 crore in the previous year.

Most of the top players like Bluestone, Caratlane, and Mia by Tanishq have adopted franchise model for faster growth and easier accessibility to local markets. During a recent media interaction, Avnish Anand, Co-Founder, Caratlane, disclosed on his strategy to open 35 stores by March 2020 through the franchise route. Mia by Tanishq too has plans to add another 15 stores in the current financial year, through franchise model.

Unlike a regular jewellery store, for which the overall investment could vary from Rs 10-25 crore, the investment for a light-weight jewellery store is as low as Rs 1.5 crore, depending on the location. While the minimum area requirement is 300 sq ft, the preferred location is a mall as most of the brands target millennials and working women. On a daily basis, around 50-100 people could visit a store, while the footfalls double-up in the weekends. A light-weight jewellery store could generate typical sales of Rs 25-30 lakh per month with gross profits of 15-20 per cent.

Traditional jewellers too jump onto the bandwagon

Second-generation players who have been in the industry for more than five decades too are adjusting to the transitional changes in the customer preferences. For instance, Coimbatore-based Karpagam Jewellers, which mainly supplies antique, heavy jewellery in South India, is now considering introducing more designs and patterns in light-weight segment.

Velusamy R, CEO, Karpagam Jewellers, says, “Since the launch of our first store in 1971, we have been selling traditional, heavy gold ornaments. While light-weight jewellery contributed very insignificant volumes to our overall sales, in the last 2-3 months it is contributing as much as 15-20 per cent in South alone. In Mumbai, the contribution is much higher with light-weight jewellery contributing 80-90 per cent of overall sales.”

He also highlights that there has been a demographic shift in the customer base from its regular business class families to upper middle class families and more millennials turning to the traditional jeweller for fancy cuts and pocket-friendly pieces. In a first, to keep up with the increasing demand and changing consumer preferences, the brand is making manufacturing changes. “Starting from our designs, we are making changes in our collections and adding more new-age designs and pocket-friendly pieces just for the millennials,” he says.

He further points out that even under tough market conditions the customer response in Mumbai is poles apart from those in Chennai. He observes, “Although the light-weight jewellery has taken over the market like never before, North India-based buyers are driving high growth for this segment, while customers in South India still prefer traditional jewellery for most occasions.”