How Co-Working is Bringing Fortunes for Startups, Enterprises

As the new disruptors of traditional offices, co-working spaces are now much in demand, thanks to an increase in start-ups that do not wish to invest huge amounts in office premises and a rising generation of people who work while on the move.

By Amit Singh & Shwetha Satyanarayan November 6, 2019
Opinions expressed by Entrepreneur contributors are their own.
You're reading Entrepreneur India, an international franchise of Entrepreneur Media.

The co-working segment has changed the shape of the Indian real-estate sector over the past few years. Co-working spaces are dynamic, inspiring and low-cost workplaces where people (from different business backgrounds) can interact, share knowledge and co-create. With India becoming the second largest startup hub and freelancer workforce in the world, there is a huge potential demand for co-working spaces in the country. As studies indicate, the number of remote workers is on the rise, and it’s becoming the new normal to take a more agile approach to when and where employees carry out their roles. Having the option of shorter leases compared to traditional office space – and the choice to upscale or downsize the amount of workspace being hired – creates a more efficient way to hire and use office space.

There are over 850 co-working spaces in India, and while most of these are concentrated in Delhi, Mumbai and Bengaluru, over 179 are in Tier II and III cities. Despite the hassles of maintenance and operational expenses, the co-working sector in India is thriving and growing. Between January and March this year, flexible working spaces saw a 277% jump in demand with nearly 3 million sq. feet space leased out across seven major cities in the first quarter alone. According to industry estimates, this jump is nearly four-fold from last year during the same period, where co-working players had leased out just 0.8 million sq. feet space.

Further, according to India’s leading real estate consulting firm CBRE, this surge in demand is slated to grow with over 13 million people expected to work out of co-working centres by 2020 in India, with many corporates expected to allocate 10% of their office portfolio to agile workspaces. Moreover, a JLL and CBRE report suggests that co-working spaces have disrupted the commercial real estate segment in India with approximately 325- 330 co-working operators in top cities, and the average transaction size increasing from Rs 52,000 per sq. feet in 2018 to Rs 77,000 per sq. feet in the first quarter of 2019.

In 2018, Delhi NCR, Mumbai and Bengaluru had approximately 2.9, 2.8 and 4.1 million sq. feet of flexible space available, respectively, which averages to about 2.83% of the total real estate inventory available in these cities. An emerging and rapidly growing sector, the market for co-working spaces doubled in 2017 and its growth sustained in 2018. This momentum is now expected to continue this year.

While most of the enterprises save roughly 15-20% of their costs on real estate, it is start-ups that highly benefit from co-working spaces, observes Harsh Lambah, Country Manager, IWG. He says, “For start-ups, co-working spaces offer the most cost-effective solution to have a main street address at one-fourth the cost. Beyond costs, they get an opportunity to connect with other organisations and people in a co-working space. Moreover, in the conventional setting there is broker cost, time to get the space ready for usage, furnishing costs and lease agreements, which take an extra nine months. There is an opportunity cost, which is the time to market as also the physical investment you make in setting up your own facility.” 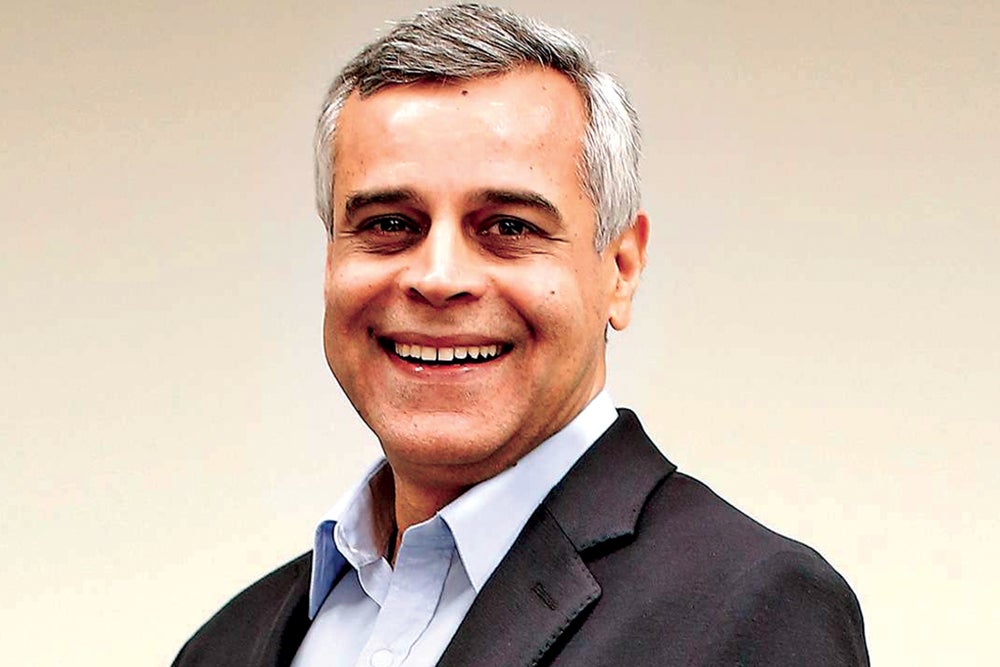 On the other hand, co-working space offers plug-and-play solutions with international design and IT and ready-to-use furniture. It gives flexibility to enterprises to increase and decrease the strength of workforce under the operational expenditure model. Typically, co-working offers options of private office and dedicated co-working or floating co-working based on customer requirements. The most cost-effective option is floating co-working where one can sit anywhere in the co-working area. A private office could cost about Rs 24,000 per seat per month.

Co-working players have an exciting story to put forward. For instance, launched in 2015, New Delhi-based Awfis, one of India’s largest co-working space providers, began its expansion journey in 2017. While it started its expansion with 5,000 seats across 20 centres, in less than two years Awfis leased out 30,000 seats across 63 centres in nine cities. “The tremendous growth we have seen over the last four years is a clear indication of the massive opportunity this space presents,” says Amit Ramani, CEO and Founder, Awfis. 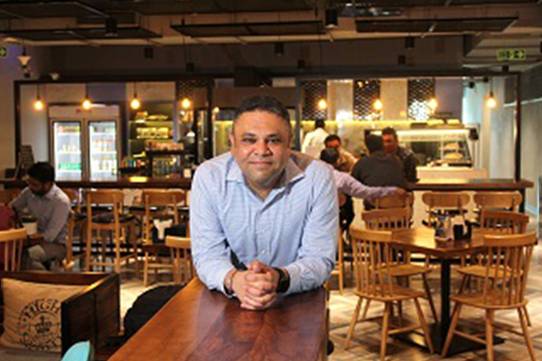 “It is a testament of our deep understanding of the micro markets and the Indian commercial real estate (CRE) business ecosystem,” he adds. Currently, Awfis has a member base of over 25,000 professionals and more than 1,500 companies. Global players like Dun and Bradstreet, Duff and Phelps and Syngenta are some of its well-known occupants.

In addition, Innov8 has grown rapidly from just 2000 seats to over 20,000 seats over the last two years. “By year-end, we plan to reach 36,000 seats and have an ambitious plan to grab 1 lakh seats to become India’s largest co-working player by 2020- end,” shares Ritesh Malik, Founder, Innov8. 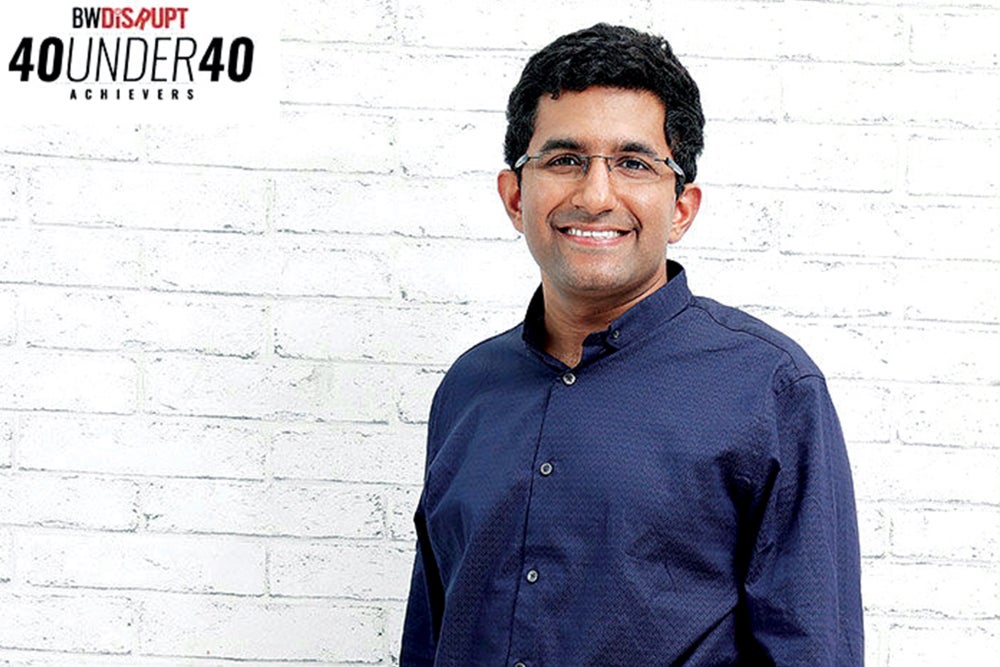 Further, IWG claims to have the largest co-working space with over 120 workspaces in 16 cities in India. Despite the economic downturn, the company has aggressive plans to double its presence over the next 3-4 years. “Co-working is a recession proof business. During economic downturn, businesses don’t want to enter into long-term leases which bound them for a period of time. They actually look for solutions like co-working. Hence, we do much better business when economy is contracting,” highlights Lambah.

Most of the co-working players expect high-voltage growth in India over the next 2-3 years. The increasing role of technology in workspaces and the millennials’ demands for a flexible working atmosphere are factors further fuelling growth for co-working spaces in India.

It’s not just Tier I cities or urban locales that the co-working players have found deep market potential. Owing to the increase in demand from large corporates, SMEs and start-ups, co-working spaces are poised to witness phenomenal growth in Tier II markets as well. For instance, Lambah says IWG has seen phenomenal response from Tier II cities and, as a result, they have expanded their presence in these locations. IWG has opened its third workspace in Indore. In Ahmedabad it is going from two to four. In Chandigarh, it operates two spaces, while in Vizag and Jaipur it has embarked on an ambitious expansion strategy.

Says Lambah: “There are lot of foreign players who have offices in Tier II cities, many MNCs have sales or project teams operating out of these locations, and then there are various local entrepreneurs and start-ups who strive for a professional environment. In the upcountry locations we are focused on Regus, while in metro locations we have both Regus and Spaces.” Echoing similar views, Ramani says, “We aim to reach 200,000 seats by 2022. We launched a centre in Chandigarh last year and intend to expand to cities like Jaipur, Ahmedabad, Bhubaneshwar, Kochi and Indore.”

“Awfis is rapidly expanding across key metros and Tier II cities and intends to double its seat capacity year-on-year,” he adds. Most of the studies suggest that cities like Chandigarh, Ahmedabad, Kochi, Indore and Jaipur will see swanky agile spaces mushrooming in the coming years. With office rents continuing to move up across India, the total area leased by co-working spaces in Tier I and II cities could touch 6 to 10 million sq. feet by 2020, according to the CBRE report. 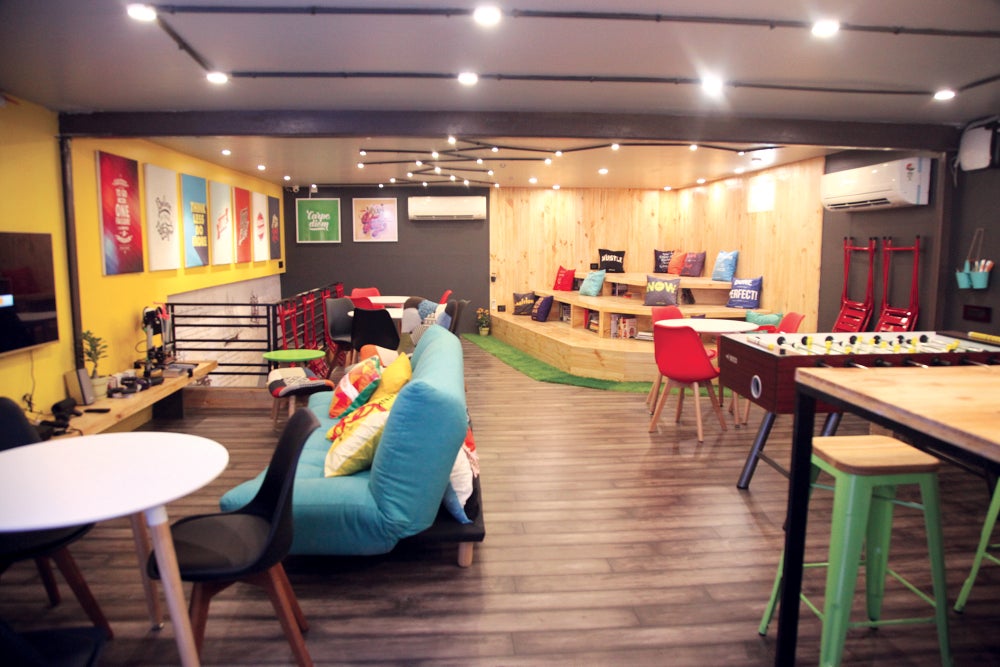 While prominent players like WeWork have entered the Indian market with a joint partnership and a master franchise contract, different players adopt different models; most often partnering with landlords in a bid to reduce rental costs. For instance, Awfis uses a straight lease model and managed aggregation model (MAM). Right now, only 30% of Awfis seats are under the straight lease model wherein they have taken up the property on a rental basis.

According to Ramani, Awfis heavily engages with landlords under MAM. “MAM is where Awfis ties up with landlords of under-utilised commercial spaces and shares the revenue with the landowners. The capital efficiency of MAM is a key differentiator that has aided our success. With MAM, for the amount of capital which other players spend to set up a single seat, we are able to set up four to five seats. Currently, 70% of the seats are under MAM and Awfis intends to increase this to 80% over the next 10-12 months,” he says.

Awfis has been doubling its revenue year-on-year. In 2017, it clocked revenue of Rs 17 crore, which rose to Rs 56 crore in FY 2018. This year, the company announced it has clocked Rs 165 crore in revenue. Ramani says, “We are targeting to achieve an accounting rate of return (ARR) of more than Rs 200 crore in March 2020.” Further, other prominent players like BHIVE and Innov8 have adopted the franchise model for faster penetration into multiple markets. These players believe that local support plays a key role in the growth of the company.

“In FOCO model we operate in, our franchisees do not have to deal with operation hassles. With low-risk investments, franchisees can expect an IRR of 36% on their investment,” says Shesh Rao Paplikar, CEO, BHIVE Workspace. According to BHIVE, the preferred size of the commercial property is 20,000 sq. feet carpet area. The average investment required is Rs 2 crore and above. The company has large presence with 1500 seats in Bengaluru and is aggressively seeking franchise partnerships in cities like Hyderabad, Delhi and Mumbai.

Malik adds, “A franchise model is apt for co-working space providers because all the operators have a strong SOP-led brand and this can be replicated across the larger cities. As we go deeper into upcountry markets, we face challenges with lack of local know-how and customer preferences. A local partner, whether he invests or not, supports us in overcoming these challenges.”