The head Golden State Warriors coach discusses some of the leadership styles he's come in contact with on a recent podcast.

Michael Jordan's intensity and competitiveness were so high that it made players "scared to death" of him, according to Steve Kerr.

Kerr was on Bill Simmons' "Book of Basketball" podcast and discussed the various leadership styles he encountered during his time in the NBA. Kerr said he found it "fascinating" to play with Jordan because of his unique leadership style and compared him with Tim Duncan, a much more low-key, genial teammate.

However, Kerr said there were methods to Jordan's madness.

"You were scared to death of him," Kerr said. "He was the most dominant force on the floor in every regard. It wasn't just the talent — it was the force of will. People, opponents were defeated by Michael before they even walked on the floor. 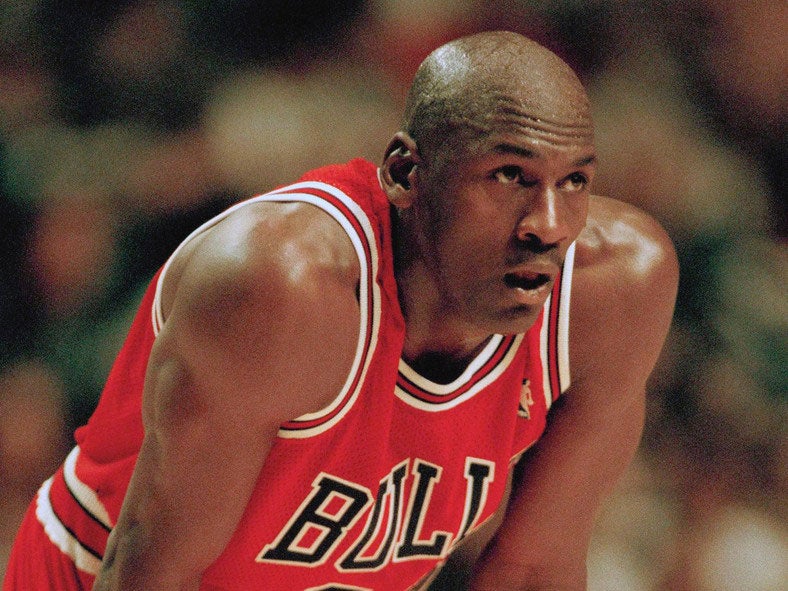 Kerr joined the Chicago Bulls for the 1993-94 season when Jordan left the NBA to play baseball. Jordan returned to the Bulls late in the 1994-95 season.

Kerr said he became a better player while with Jordan not just in basketball terms, but because Jordan helped to mentally reconfigure Kerr.

"He made me way better. Not only from the standpoint of the traditional 'great player drawing attention,' and 'OK, they're going to double-team him, I'm going to be open.' That's the easy explanation.

"But it's more than that. It's don't be scared. It's like, you've got to compete. That's probably the biggest thing I learned from him, watching him, was he was just so fearless. He never shied away from the stigma that would come through failure. He understood fully that if he just went all out every single game and went for it on every single play, the positives would outweigh the negatives, but you just to have to live with the failure. 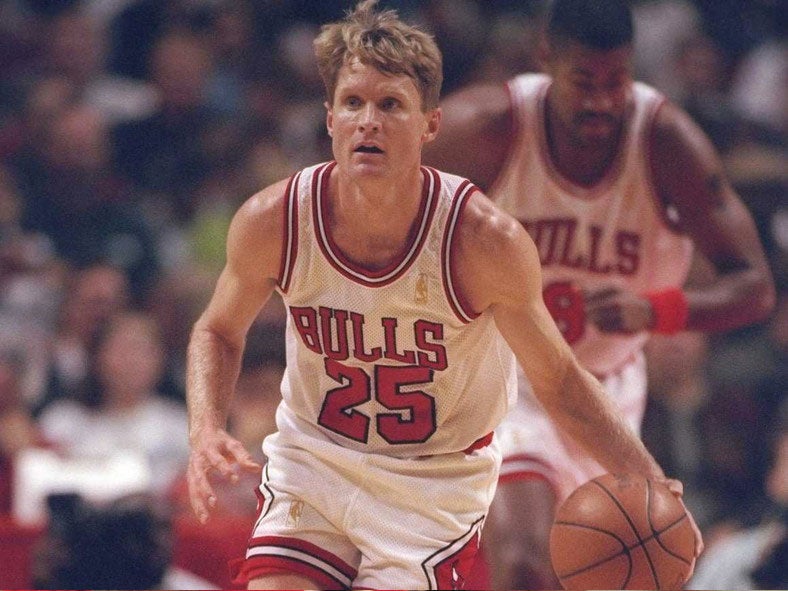 Related: What the NBA Playoffs Can Teach You About Client Acquisition

Kerr said Jordan even made practices intense, a far cry from how NBA practices are run today.

"You even felt that in practice," he said, adding: "The level of our practices was insane. Insane. And it was because Michael set that tone."

Kerr famously matched Jordan's intensity during a practice in 1996. As Kerr recalled in an interview with ESPN in 2013, he and Jordan were matched up and trash-talking. After Jordan gave him a shove on a play, Kerr turned around and shoved Jordan back. Jordan punched Kerr in the face, and the two had to be separated.

The fight was short-lived and even had benefits. Kerr said he thought that after Jordan apologized and the two talked over the incident, Jordan gained a new respect for him.

"It was more just I'm going to stand up for myself," Kerr told ESPN, adding that "it was a totally different relationship from that point on."

Kerr has been around some of the NBA's all-time greats, from Jordan to Scottie Pippen to Duncan to Steve Nash to Stephen Curry. He said nobody is quite like Jordan.

"Playing with him was incredible and fascinating, but difficult," Kerr said.