Trends 2020: How Technological Breakthroughs are Shaping the Future

Technological breakthroughs are poised to rapidly impact how we live, work and invest in the coming years

As we come close to entering a new decade, what will influence business models, government policies, and drive growth all over the world in the coming years?

Of the five key megatrends listed out by a recently released infographic by BlackRock and Visual Capitalist, technological breakthroughs shines as the fastest evolving megatrend that is poised to rapidly impact how we live, work and invest in the coming years. Rapid urbanization, emerging global wealth, climate change and social change are the other four key trends listed in the report titled How Technological Breakthroughs are Shaping the Future.

Over the past decade, technological innovations have changed the face of businesses. From transportation to payments to health, technology breakthroughs have disrupted most industries and impacted the economy at large.

Not just businesses, tech advancements have also impacted households and, at large, the daily life of a common man.

These Innovations have Harnessed Tech in its Most Meaningful Forms 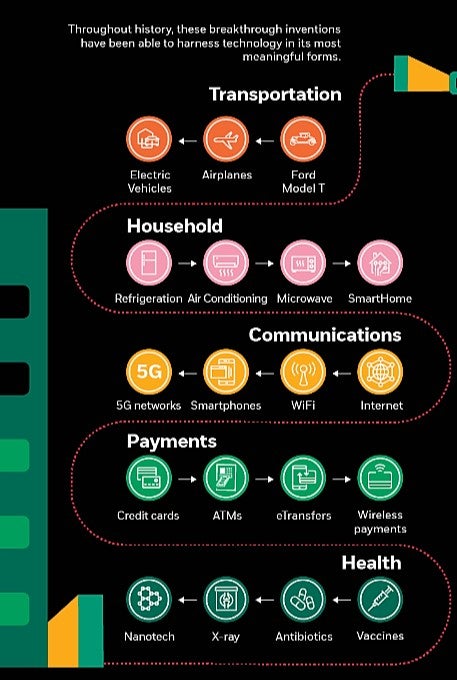 Also, the rate of tech adoption by Indian households is also increasing. According to a research carried by Netscribes, a technology solutions company, the smart home market in India is projected to witness a compounded annual growth of 14.33 per cent from 2018 to 2023, to reach INR 363.7 billion in 2023.

Also Read: What To Expect From the Indian Fintech Industry In 2020

The infographic has collated data from several reports and findings to show that technology breakthroughs drives the Gross Domestic Product (GDP) growth of developed economies, enhances productivity of workforce and improves quality of tasks at workplaces. 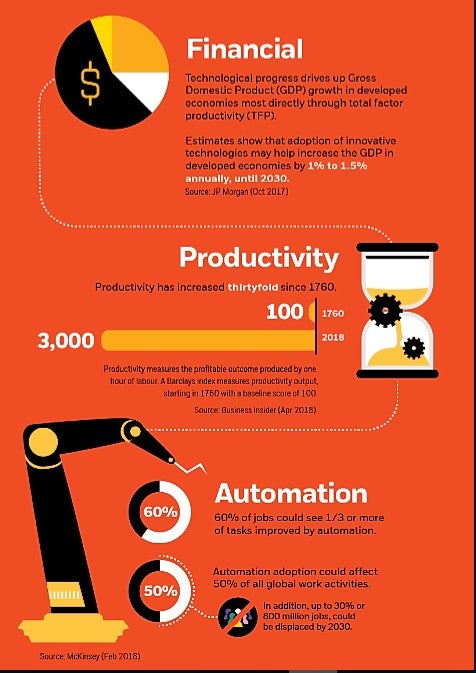 A report released by Accenture earlier this year showed that an estimated 71 per cent businesses are facing or on the brink of disruption. It will be interesting to see how sectors like healthcare, energy and retail witness disruption in the coming years.

These Technologies are Set to Change the Future

Further, 5G mobile technology has the potential to accelerate the application of artificial intelligence (AI) across industries, leading to advances in driverless cars, smart cities, telemedicine, and the Internet of Things (IoT), as per BlackRock Investment Institute.