It started with a baby bottle.

December 31, 2019
Opinions expressed by Entrepreneur contributors are their own.

For Chris Dufey, founder and CEO of Coaches Cartel, a missed feeding with his baby daughter, Arlo, was the final push he needed to make a change. At the time, he owned a personal training business in Dubai, where he worked 12-hour days, six days a week.

It began as a typical day for Dufey (pronounced DuFay). He woke up at 4:30 a.m. to be at the gym by 6 a.m. for his first client, who canceled at the last minute. He grinded out the day with the rest of his clients before wrapping up at 7 p.m. — when he jumped in the car to race home and give Arlo her nightly bottle.

“It was the only quality time I spent with her on my workdays,” recalls Dufey. But when he arrived home, baby Arlo was sleeping.

“It crushed me. I felt like a bad father, provider, and husband. Everything I was doing seemed wrong. And it was the straw that broke the camel’s back.”

Finding His Own Path

Dufey began self-employment at 18 years old after a piece of advice from his father. “He always told me that if I wanted to be successful, I needed to do it myself,” says Dufey. “He knew working a nine-to-five job was not going to be my path, so he planted that entrepreneurial seed in me early.”

Dufey looks back on that advice and chuckles because the man giving it was working for someone else — and still is. “It was advice that was given to me by someone who had never executed it. But I took it and ran with it.”

Dufey built a personal training agency in his native Sydney, Australia, after his personal experience with fitness changed his life. He calls it, “scratching his own itch.”

“I always played multiple sports, loved it, and excelled, but my weight held me back.”

Growing up an overweight kid, Dufey didn’t get into physical fitness until after high school. He was dragged to the gym by some friends, and it only took two training sessions before he was hooked. It was less about Dufey’s physical transformation, and more about the mental growth that came with changing his body. 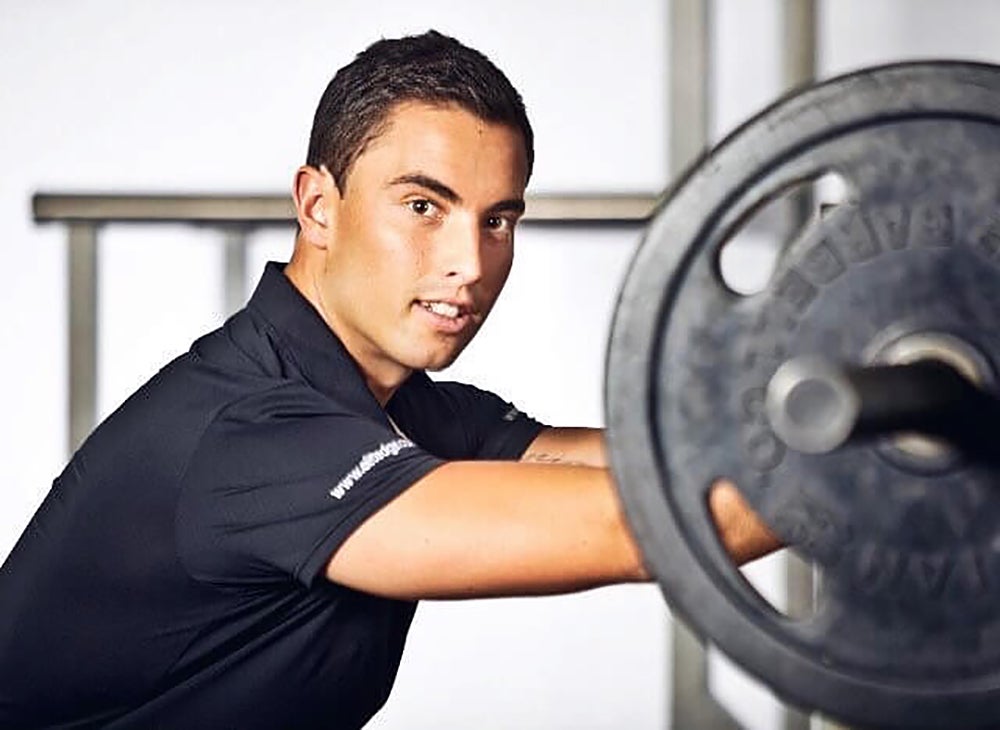 Chris Dufey in 2010. For him, fitness was more about mental growth than physical transformation.
Image Credit: Courtesy of Chris Dufey

Six months later, Dufey quit the only nine-to-five job he ever had — as a manager at a warehouse — and pursued his dream of becoming a personal trainer. And at first, it went according to plan.

“I built up a personal training agency and had a team of trainers working for me. I was in high demand, charging good rates, and traveling the world studying to become the best personal trainer I could be.”

A Business Built From Misery

Dufey got married at 24 years old and purchased his first house in Sydney with his new wife, Lauren. Shortly after, they found out she was pregnant. “It was a shock,” says Dufey. “We weren’t planning it.”

Three days after learning his wife was pregnant with their first child, Dufey received an email from a colleague telling him of an opportunity in Dubai to start a personal training business.

“I’d always wanted the freedom to travel and around the world,” says Dufey. “Freedom is a huge personal driver for me.”

A few months later, Dufey sold their car, their house, and most of their belongings with his wife six months pregnant. He moved to Dubai, where he slept on a couch for three months while his wife stayed behind. She planned to join him after the baby was born, so Dufey grinded away until Arlo was born in Sydney.

“I spent two weeks with my new daughter and wife before I had to get back on a plane to Dubai and keep building my business,” says Dufey.

But back in Dubai, Dufey fell into what he calls the “time for money trap.” He was achieving what he was told 'success' as a personal trainer looked like: he got certified, built a sizable roster of one-on-one clients, charged a good rate, and was living his dream of working abroad. But he wasn’t even close to feeling fulfilled.

“I was fully booked, but working around the clock,” says Dufey. “I had a wife and baby daughter to take care of, and wasn’t spending any time with them.” 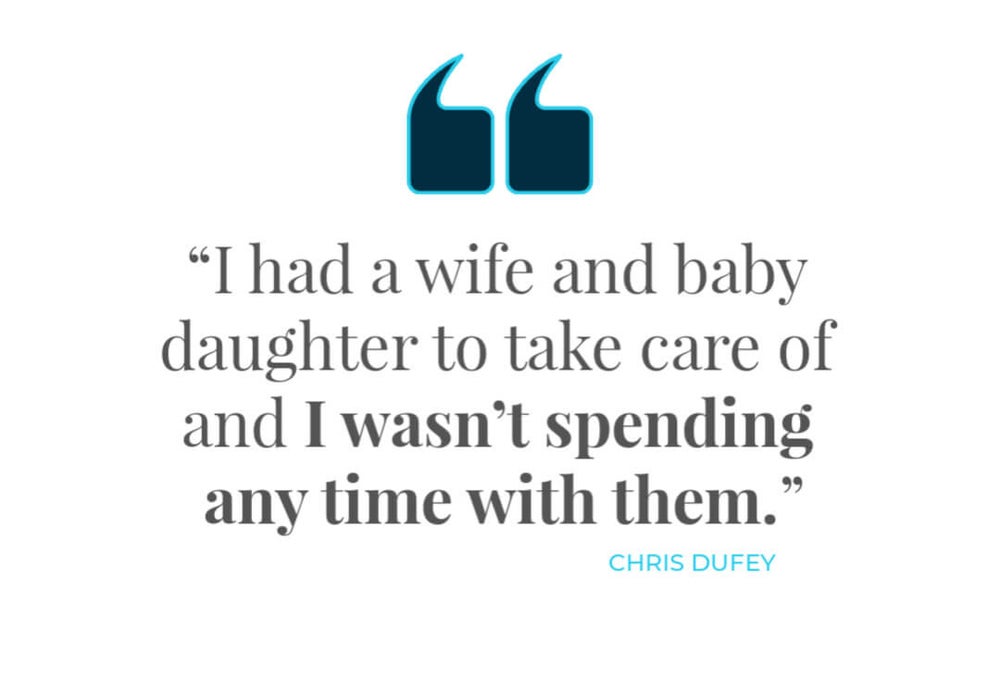 Flash forward two years to that day that broke the proverbial camel’s back, and Dufey knew he needed to make a change. He no longer wanted to follow the traditional path like other personal trainers. After toying around with starting an online coaching business for a while, and decided to make the leap. Dubai no longer felt like the place for growth, so once again, he sold everything and moved his family — this time to Bali, Indonesia.

“A lot of people create their business first and craft their life around, whereas I do it the other way around,” says Dufey. “I get clear on what I want my life to look like, and then create my business to give me that.”

The Power to Transform

Today, Dufey helps fitness professionals build a business and life that they love through his program, Coaches Cartel. Although his company has generated over $1 million in revenue this year, it’s evident that Dufey isn’t driven by money. His voice and eyes alight with passion and energy when he begins sharing client success stories. 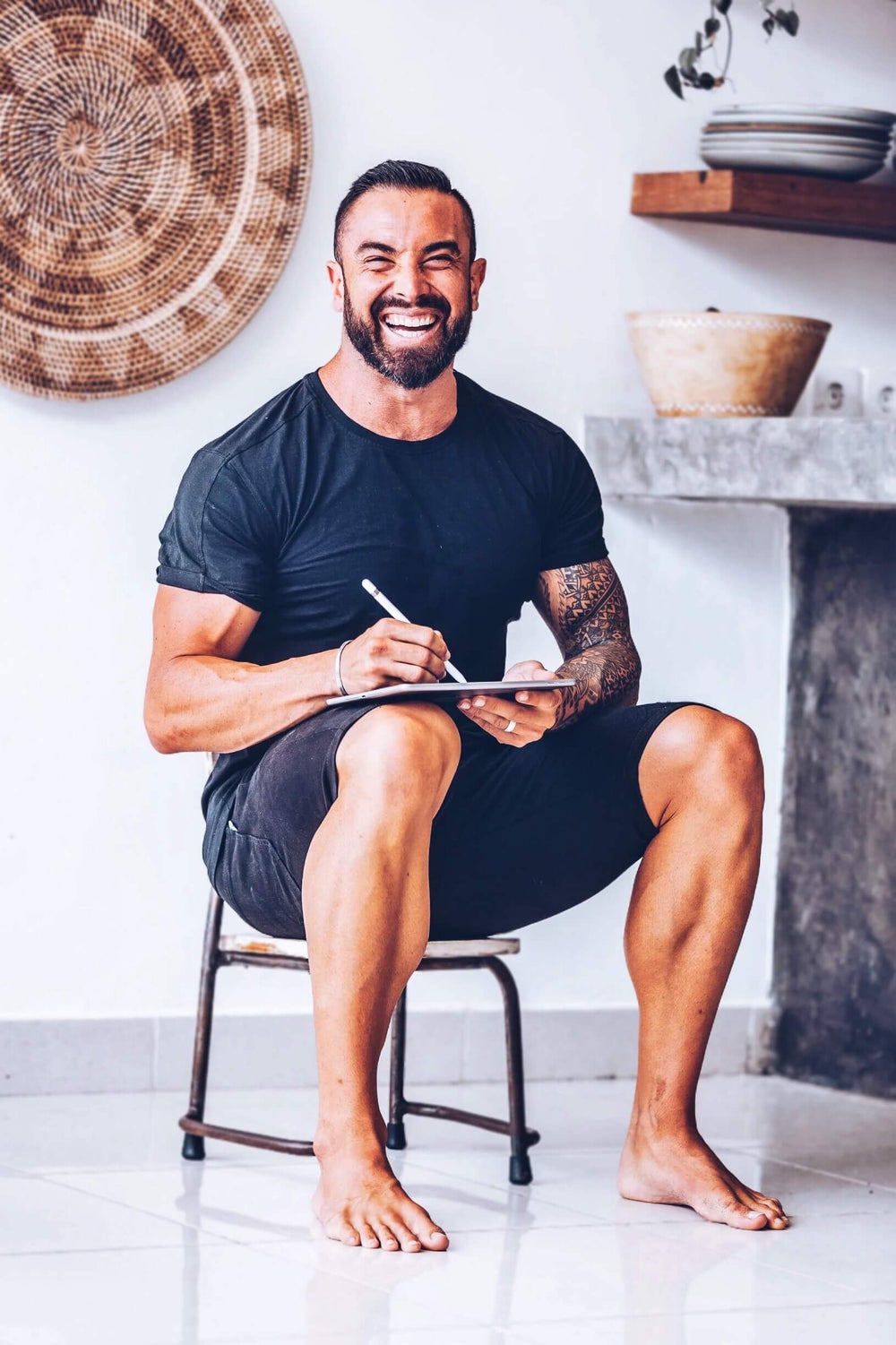 Get clear on what you want your life to look like, and create a business to give you that.
Image Credit: Courtesy of Chris Dufey

“We recently helped a 19-year-old personal trainer who was working at a hardware store making $15 an hour. We did his launch, and he sold $39,000 of personal training in two days. It was a total game-changer for him.

“Another client was running a gym in Texas and struggling to start an online business to make time for his personal life. Now, he has a thriving online business producing a multiple six-figure income yearly, while he travels the world and is about to get married.”

While Dufey doesn’t think that all of his clients need to run a brick and mortar business as he did, he doesn’t regret the time he poured into his Sydney and Dubai businesses. The months spent away from his family, and the years spent doing the same work day in and day out, taught Dufey the strictest level of discipline, which is integral to his success today.

“The correlation between fitness and business is extremely similar because if you want to get in great shape, you’ve got to get your workouts done, eat healthy meals, and follow your plan. It’s not always sexy and fun, but you have to show up daily and follow-through. Fall in love with the process, not the outcome.” 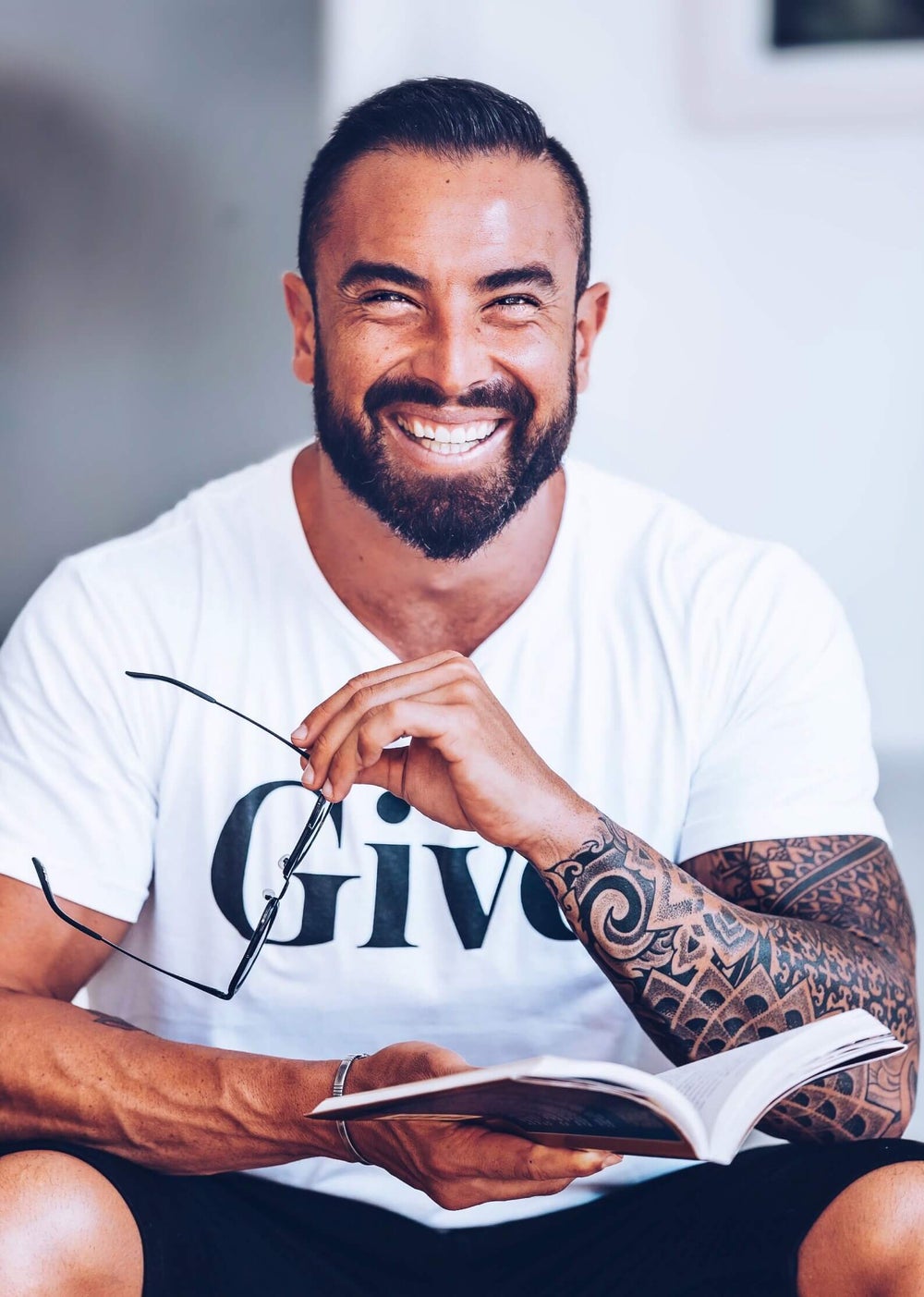 Dufey says business is like fitness: you have to show up every day.
Image Credit: Courtesy of Chris Dufey

In just six years, Dufey has come full circle from the night he didn’t make it home in time to feed his infant daughter. A few months ago, he was traveling with his family when his wife decided to take his daughters, now 6 years old, 3 years old, and 4 months old, to a cafe for breakfast. He thought he had a lot to do that day, so he stayed behind and dutifully opened the computer to get to work. When he logged on, he saw that his team was cranking out everything that needed to be done without him. They had it handled, so he closed the computer and headed out to find his wife and daughters.

Halfway there, he paused, reflecting on the fact that it was a Wednesday afternoon, he was traveling the world with his beloved family, and he was now walking to meet them for a meal. He had nothing pressing to do — and his business was humming along, making the income he needed to provide for his family.

He fell to his knees in tears.

Subscribe to “The Chris Dufey Show” and book a 1:1 strategy session here.