Kawaii - the Culture of Cute in Japan, and How It Has Changed the Way of Life for the Country

'Kawaii' is not a fad, or a subsculture in Japan - it's a social fabric

William Shakespeare is not ‘cute’. In fact, the word ‘cute’ did not exist when the bard penned Hamlet or Othello, and it wouldn’t show up in the english language until the 1930s.

But saunter down Tokyo’s famous Takeshita Street in Harajuku district, and you will be hard pressed to find another word that could sum up the bombardment of moon-faced, round-eyed, rosy-cheeked cartoon characters that lovingly invite you into cafes, clothing shops, piercing studios, and even medical stores.

‘Kawaii’ - which very loosely translates into ‘cute’ for english speakers - is a Japanese phenomenon that has not only captured the global imagination, but also become such a distinct part of the country’s identity, that political parties, international companies and, some times, foreign aid organisations have had to bank on it to make themselves more ‘local’ and appealing to the population.

Japan’s ex-Prime Minister Junichiro Koizumi (2001-2006), who called himself ‘Lion Heart’, adopted a cartoon lion as his mascot, and Red Cross, as recently as October 2019, used a famous Japanese manga character, Uzaki-chan, to drive blood donations (although the organisation came under fire for its over-the-top sexualisation of the character.)

Still, cat mannequins dressed in sleek leather jackets and dresses, clouds with fluffy, round eyes, pictures of dogs dressed as firemen to advertise telecom companies, band aids with mouse whiskers on them, and cafes where you can play with puppies, hedgehogs and owls are a few of the million ‘kawaii’ things you’ll find in Japan, although those barely begin to scratch the surface. 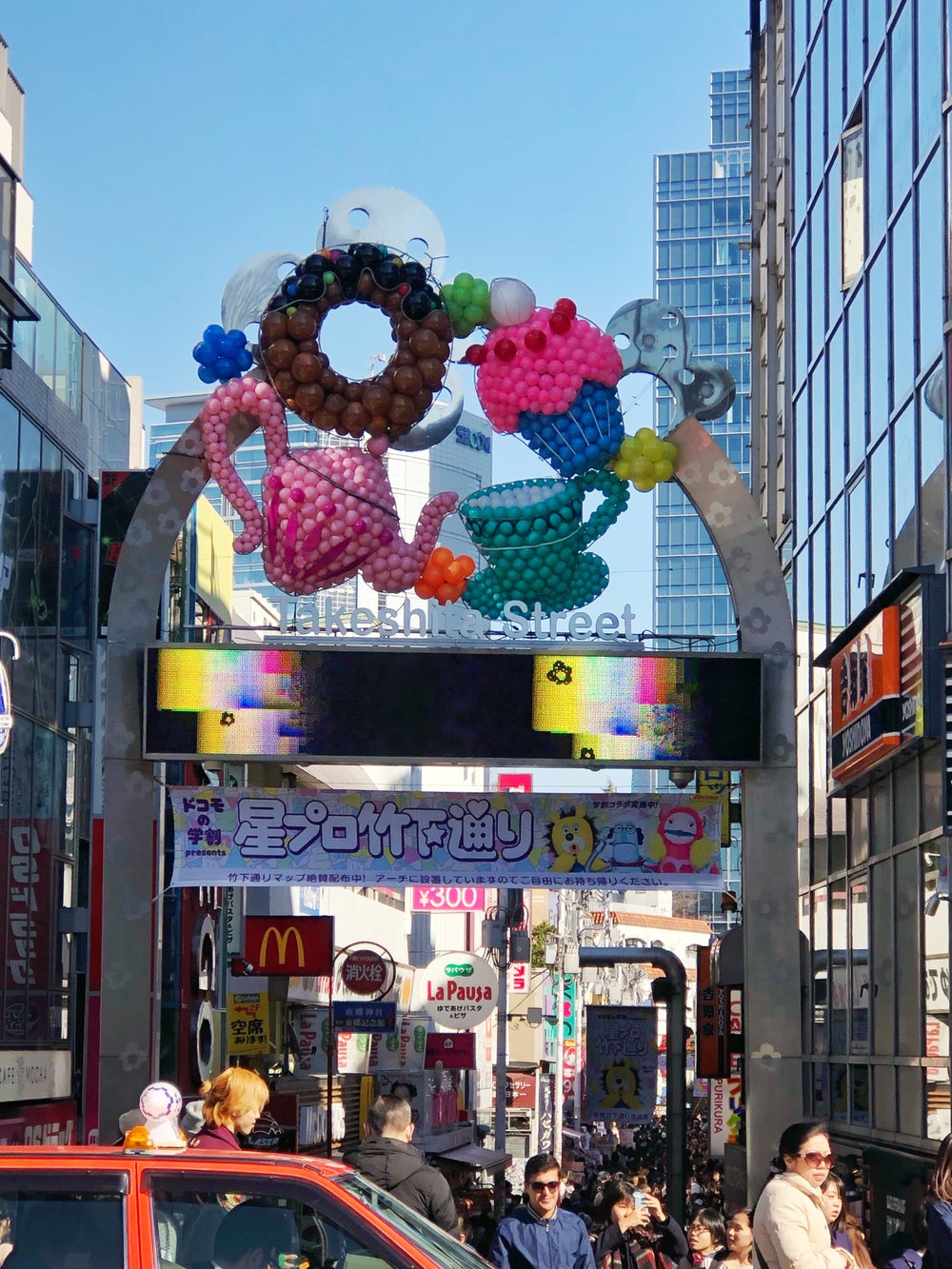 Kawaii is a One-way Ticket to Japan

Global businesses today looking to make inroads into Japan often bank on ‘kawaii’, a culture that has been ingrained in the very fabric of the country. Businesses use animated imagery, pastel colors, statement fast-fashion, and energetic mascots to situate themselves more closely with the local culture.

McDonald’s, for example, sometimes uses Pikachu and other Pokemon and manga characters on its packaging during local holidays, festivals and promotions.

Starbucks’ ‘Sakura Latte’ which features soft-pink flower petals on its packaging to depict the cherry blossom season in Japan, and Nike’s Roshe Run Cherry Blossom Sneakers are other examples of foreign companies using ‘kawaii’ to sell products in Japan.

The Evolution of ‘kawaii’

Purists and cognoscentes of Japanese culture often argue that ‘kawaii’ does not just mean cute, and that objects and items are not the only embodiments of ‘kawaii’.

“As a word, ‘kawaii’ has a much broader definition than just ‘cute.’ You could call a baby or a child ‘kawaii,’ just like you could call them ‘cute,’ but you might also call small flowers ‘kawaii’ when you’d never call them ‘cute’ in English,” says Miki Inagaki, country manager for Lionbridge, a professional services company that helps brands become more local.

“Kawaii” also refers to the culture itself,” she adds.

The event that marks the emergence of kawaii in Japan was the advent of the mechanical pencil, which Japanese schoolgirls used to imitate text in manga comics, called ‘kitten writing’, because of the pencil’s fine point and sharp lines.

Companies at the time capitalised on the students’ growing obsession with the depiction of ‘cute’, and began making stationery goods with images of cartoons on them.

As the subculture slowly evolved, artists, product designers, and advertisers formally conceptualised the look and structure of what constitutes ‘kawaii’ as we know it today: a roundedness and softness was imperative, as were big, baleful eyes.

Babies are a central reference point for ‘kawaii’, drawing on the human instinct to protect and look after helpless living things.

“The Japanese idea of cuteness in fact emphasizes the sense of pathos that the powerless and helpless object inspires in the observer’s mind,” says Kumiko Sato, who teaches Japanese at Bowling Green State University, Ohio, in a research paper in ‘Education About Asia’, a peer-reviewed journal.

And while babies and animated characters are cute and harmless, the dark side of ‘kawaii’ is infantilizing images of women that are portrayed as helpless, submissive, and pitiable.

“Cute things are cute because they are deprived of power and independence,” says Sato.

Kawaii Culture Icon - Hello Kitty, and the Company That Gave Her Life

When Shintaro Tsuji, a resident of Yamanashi Prefecture on the island of Honshu, realised he was selling rubber sandals that had drawings of flowers on them more than plain sandals, he understood he was onto something important. He quickly hired cartoonists to design characters for his footwear line, and eventually expanded to other consumer items once sales picked up.

Tsuji formally established Sanrio - a consumer company that sold household utility items - in 1973, but the company hadn’t really permeated the local consciousness by then, and was largely restricted to Yamanashi.

A year later, Yuko Shimizu, one of the designers Tsuji had hired, designed a vinyl coin purse with a picture of a white cat sitting between a bottle of milk and a goldfish bowl. The product sold like no other Tsuji had sold till then, and that’s how 'kawaii' culture's globally recognised icon, Hello Kitty, was born.

The white bobcat with a big red bow hails from Britain - a country Japan was fascinated with back then - and was born in London to George and Mary. Kitty also has a twin sister called Mimmy, who dons a yellow bow, and a boyfriend called Dear Daniel. 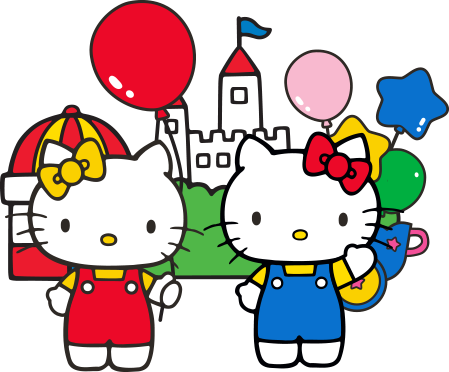 Hello Kitty quickly became a world-famous Japanese pop icon, and in 1976, she burst onto the American stage.

Till date, Hello Kitty has generated over $80 billion for Sanrio in lifetime sales, according to various news stories.

Riding the growing global fascination with all things 'kawaii', Sanrio has since gone on to develop a host of other cartoon characters, all within the realm of ‘kawaii’, including Gudetama, a Japanese sensation that embodies depression, and frequently appears in short videos where he deals with the rigamarole of daily life.

Gudetama is a lazy, sad, egg yolk that feels existence is almost unbearable. Armchair psychoanalysis would lead to one question the absence of conversation around mental health in Japan, but Gudetama manages to cut through the dreariness with his signature wiggly butt.

“Cold world. What can we do about it?,” he often quips at the end of the short video segments. 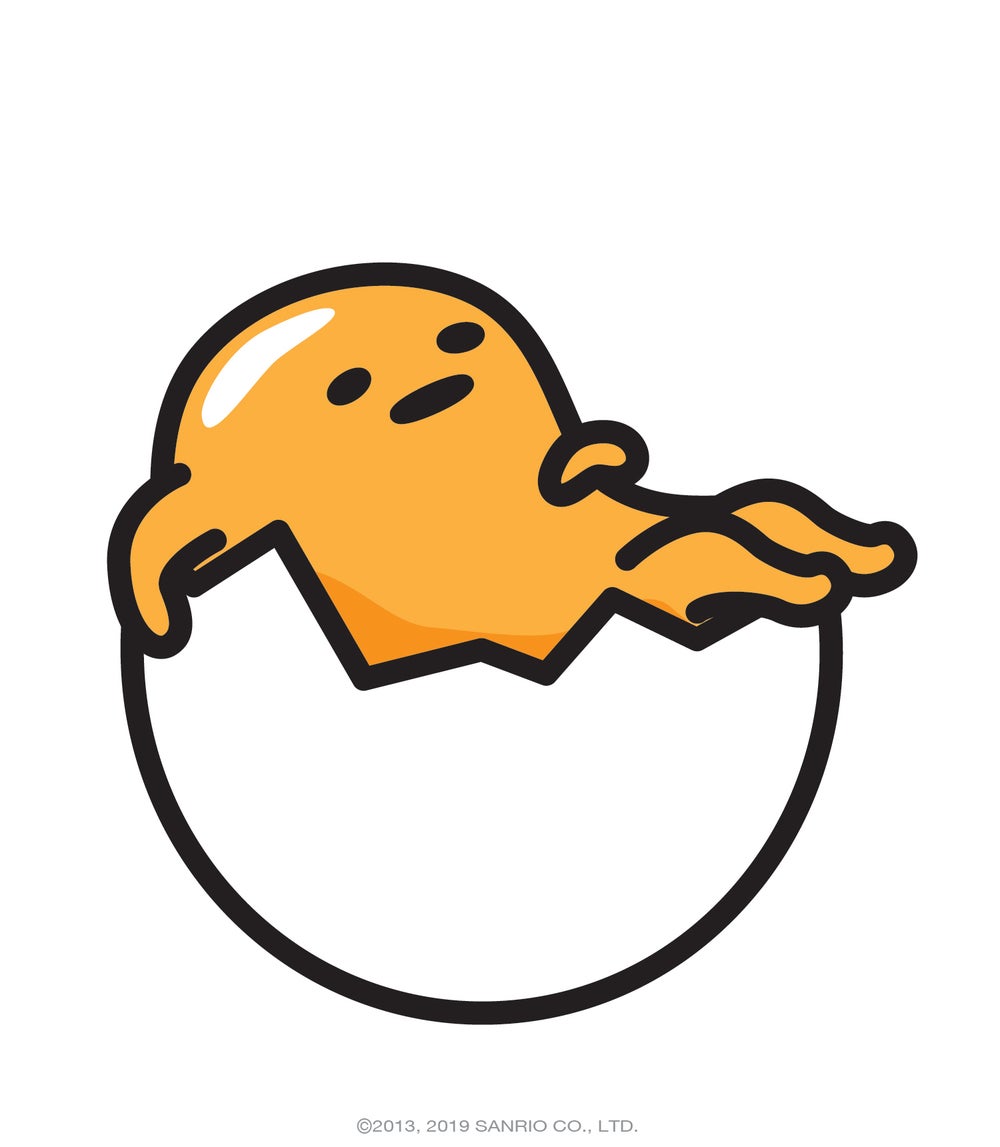 But for the most part, Sanrio’s characters aim to bring joy and happiness into people’s lives.

“Our character are created to be messengers who speak beyond words, helping people express feelings of friendship, love and gratitude,” says Craig Takiguchi, chief operating officer and head of business development at Sanrio in an interview with Entrepreneur Asia Pacific.

Takiguchi has been tasked with leading and defining what Sanrio and it’s pop icon, Hello Kitty, will mean to the next-generation of consumers and millions of devoted fans worldwide.

“Our company philosophy of “small gift, big smile” is derived from the Japanese terms of omiyage, or the spirit of gift giving and hospitality which are hallmarks of Japanese culture. A simple idea that even the smallest acts of kindness can make a difference,” he adds.

“From that sense, Tsuji, Sanrio’s founder, transformed the ‘kawaii’ aesthetic into a social communication brand - a way of bringing a broader message of friendship and kindness to the world. These terms are universal and transcend where borders and language may otherwise limit us.”

Today, Sanrio does more than sell products with cute characters on them - it owns and operates several theme parks, retail shops and cafes, produces short-form content, partners with some of the biggest international brands for marketing campaigns, and is even gearing up for a full-length feature film.

“We’ve learned a lot through the growth of the brand,” says Takiguchi.

“As an ambassador of culture, we have learned that many Japanese exports are universally appealing. This may counter some perspectives that Japan is an isolated society. Japan’s exports, from textiles to food cuisine, are ubiquitous, but now as the world becomes more globalized, we’re beginning to learn how relevant and meaningful Japanese sensibilities such ‘kawaii’ culture are,” he adds. 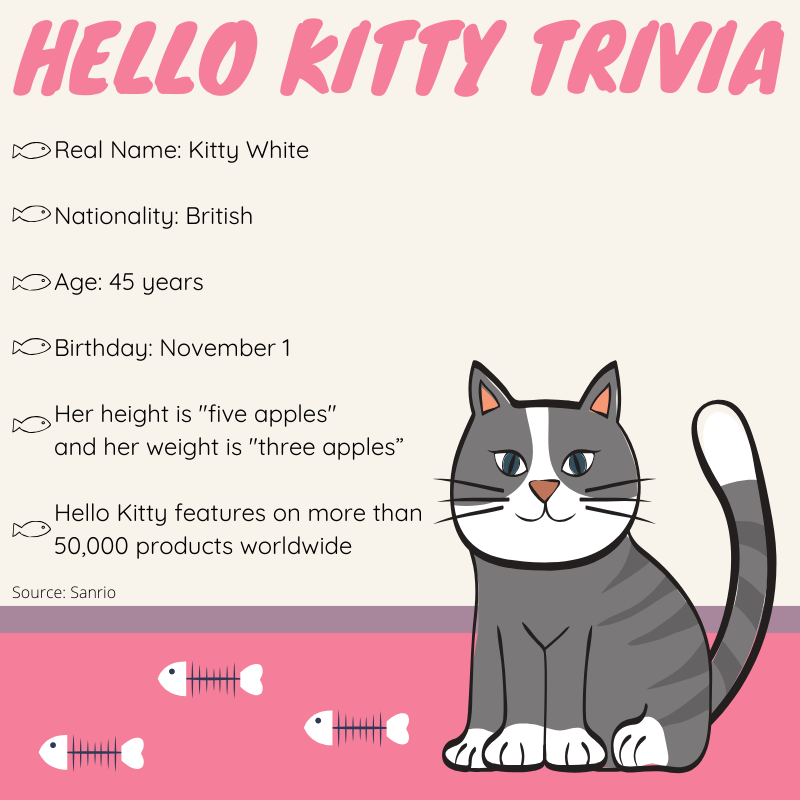