In comparison, 55.5 per cent respondents were by male only founders, whereas 38.6 per cent were founded by both male and female founders, showed the survey.

Also Read: Why Women Entrepreneurs Face Difficulty In Raising Funds For Their Startups

Further, of the 86.4 per cent startups that have more than one founder, only 44.5 per cent had at least one female founder.

The survey also examined financials, source of capital, geographical demographics and emerging sectors of the startup ecosystem in India, with data and analytics as the leading sector.

About half (48.7 per cent) of the respondents were at early stage of revenue generation, whereas 19.9 per cent reported to have not generated any revenue at all from inception. 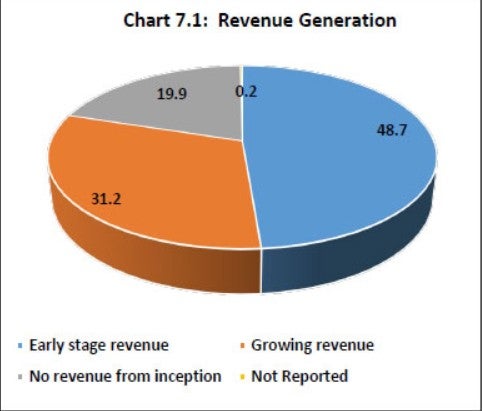 This comes as no surprise as nearly 70 per cent respondent startups were set up in the last three years and it is rare for early-stage startups to generate notable revenue.

Tapping Family and Friends for Funding

Only 11 per cent respondents reported to have raised money from angel investors. This figure is concerning as almost one-third respondents agreed that startups require more than INR 10 lakh working capital in one year but are unable to raise funds.

Apart from their own funds, as much as 43 per cent respondent startups fell back on family and friends for capital requirements. 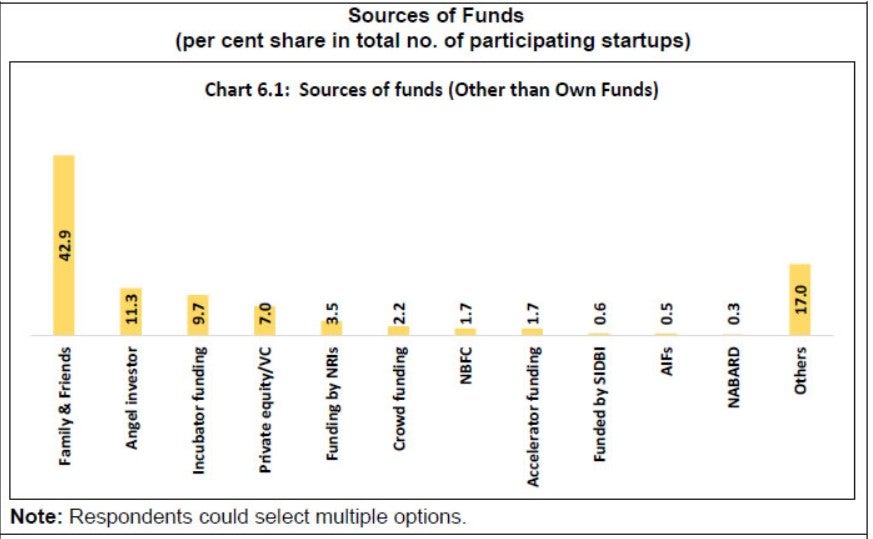 Karnataka the Hub of Startups

Though conducted across over 23 states and union territories, majority of responses came from a few select states, indicating that startups are concentrated in few regions in the country. Karnataka took the lead with over 30 per cent responses, followed by Maharashtra with around 15 per cent respondents. 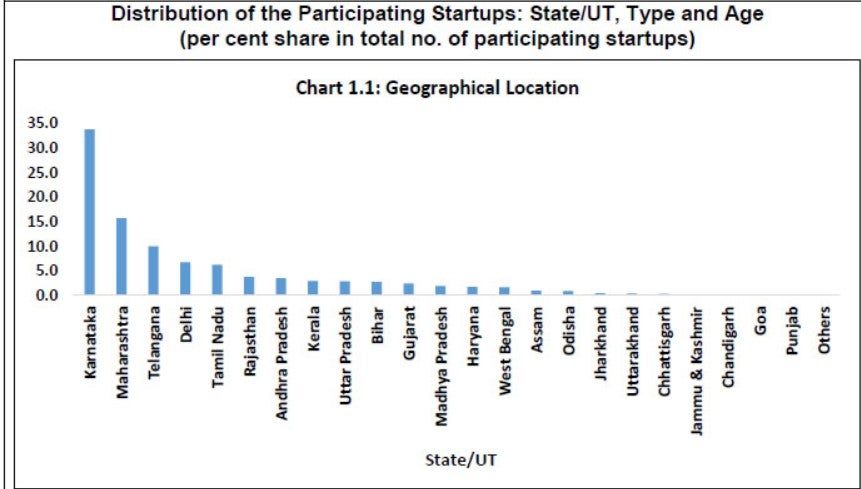 Nearly three-fourths of the responses came from five states, the report said.

Gearing up for IPOs

Stock exchanges are likely to witness a slew of startup listings in the coming years as about 58 per cent respondent startups reported their plans for public listing in the next five years. Most of these startups are quite young with less than three years of operational history and dominantly from the healthcare, software development and IT consulting/solution sectors.