Indian swimmer and six-time national champion , Rehan Jahangir Poncha takes us through his swimming journey and tells us how he opted for golf in his second inning

A true sportsman is a hunter lost in the jungle, trying to make his way through the dense lost world. Every sportsman has a story to tell, while good ones inspire themselves, better one inspires others and the great ones reinvent and write a new chapter when you think it was an ending.

12 years ago, Rehan Jahangir Poncha became the poster boy of Indian Swimming when he represented India at the 2008 Beijing Olympics. A sportsman's shelf-life is short but instead of fading away with time, Poncha decided to start with the second inning of his career. The six-time national champion Indian swimmer, Olympian and Arjuna Award winner, made his masterstroke and moved to golf.

Entrepreneur India got into an exclusive conversation with Rehan Poncha during his workshop at Phoenix Marketcity, Mumbai, where he told us about his swimming journey, began, a defining moment in his athletic history, starting his second inning with golf, his fitness routine, his entrepreneur side and a lot more. 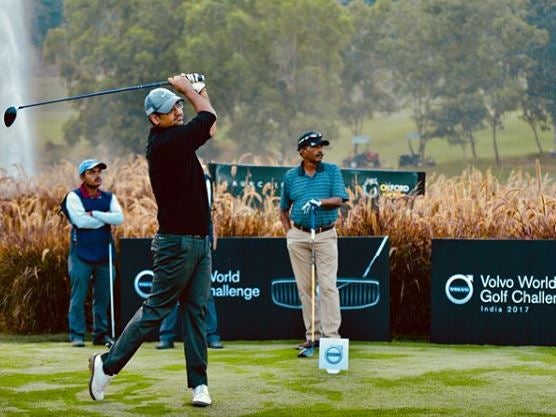 How did your swimming journey begin?

I began swimming when I was seven years old. My immunity was low, and I’d often get bronchitis or a cough and cold. The doctor advised my parents to take me to the pool and learn how to swim as it strengthens the lungs. I was always competitive, and soon after I started, I wanted to race and win. That’s how my journey began.

What more in store for you? Tell us your upcoming plans

I’ve always had big dreams. For two decades, I dreamt of being good enough to represent my country at the Olympics. I worked very hard and was very fortunate to be able to have that dream come true. A year after I retired from professional swimming, I tried my hand at Golf and fell in love with the game. I’ve been training for a few years for this new sport and have started winning at club tournaments and am playing qualifiers. It’s difficult because I started at the age of 27 and am competing with boys who started at the age of 7! But I’ve never shied away from a challenge and am enjoying the process! 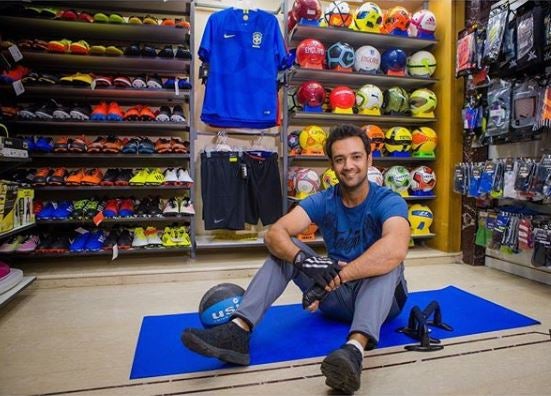 From swimming to golf that must have been an interesting journey. How was the transition?

It’s hard because starting at the bottom of a sport in Golf after being at the top in swimming. But I love the sport and find it extremely exciting. That keeps me going. The challenges that I face every day in the sport inspire me to be better.

What your fitness routine like, take us through your day?

As a swimmer, at my peak, I’d swim 16 km a day starting at 5 am and do 2 hours of gym training later in the evening. Now, I practice golf for 6 hours every day focusing on my game and technique and put in roughly 2 hours at the gym for fitness. In addition to this, because I got so much from swimming, I do want to give back to the sport. Through my academy Swimsmart with Rehan Poncha, I offer one on one mentorship sessions to many younger swimmers across India who are competing at elite levels. Sport teaches you so many life lessons, such as the importance of discipline and sacrifice in pursuit of excellence and I have found that these learnings have great resonance for corporate audiences. So, I often do motivational talks for corporate audiences such as CII, Reliance Brands, etc. and also with schools and colleges sharing these and hopefully inspiring listeners to dream big and chase those dreams with practical steps and the right attitude for success. These have been very well received. 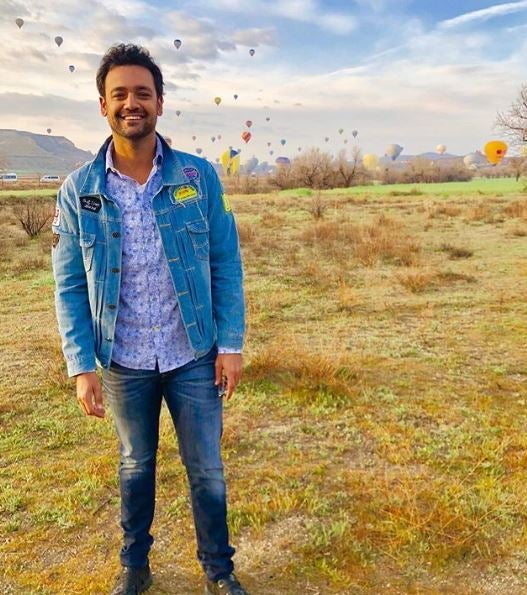 What’s goes inside your brain when you are inside the pool?

During a race, there is very little time to think. You just work off muscle memory and habit from practice. This is why I encourage students to set good habits in practice because what you do every day is what you will do in your race. So, getting your process right is key. After the race, there’s a lot to think about, of course, mostly analyzing what went well, and what I could improve even more!

How does it feel to be an achiever of the Arjuna Award at a very young age?

It’s a huge moment of pride and I get goosebumps reliving the moment – from driving to the Rashtrapati Bhavan to receiving the award from the President. Every athlete grows up wanting to be at the Olympics and representing the flag. Only a handful have managed to meet the qualifying rounds in swimming. To be recognized by the country for your outstanding contribution to the sport is a validation of years of hard work and it's very humbling too. 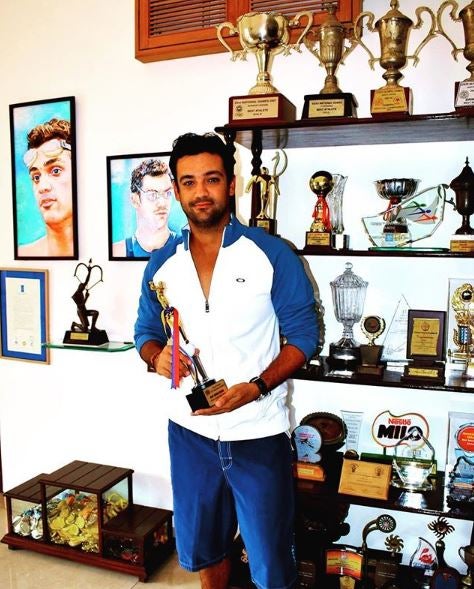 What was a defining moment in your athletic history?

I was twelve years old at a national swim meet, the biggest one in the country. The year before I had won all golds at this meet. This time I had only made it to one event - the relay. As I sat there and watched event after event go by, I was overcome with humiliation and with it, the burning desire to rise to the top again. With every race I watched, I saw the hard work, one-pointed focus, consistent commitment, sacrifices and discipline that would be needed to truly excel. That day, I made that commitment to myself, one that I reiterated many times over at different points in my life and that made me a six-time national champion, won me two National Games Best Athlete trophies from the then Prime Ministers of India, Mr. Vajpayee in 2002 and with Mr. Manmohan Singh in 2007 and finally led to my qualification for the Olympics, and winning the Arjuna Award in 2010. Being faithful to your goal is sometimes easy and sometimes tough, but it’s always worth it.

Introduce us to the entrepreneur in you

A part of me is certainly an entrepreneur who wants to do more and discover as much as I can. Work is usually corporate talks, endorsements, and appearances or hosting shows and collaborations on my blog and social media. 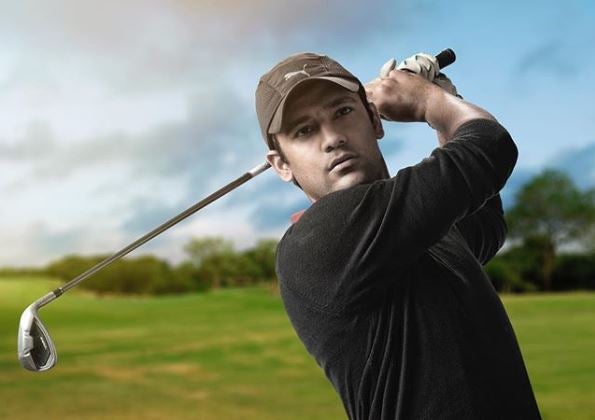 Talking about money and finances, where do you make the investments?

I have somebody who advises me on investments. But the message I give to youngsters always is to not think about earning money. Work passionately and build skill, the money will inevitably follow.

How do you handle failure?

I handle it badly at first. Once my tantrums are over, and I feel I have had enough of my drama act, then I assess the reasons for failure and try to learn from my mistakes and improve on those from the next day I practice. Failure can teach you an amazing amount and improve your performance tremendously, only if you are willing to learn.

How has life changed for you?

Most of my swimming career happened throughout my years as a student. So, I did little more than swim or study. Now I can do a lot more. I travel a lot for work, leisure, and golf. I have done a bit of television anchoring. I do many corporate talks, and late nights are no longer off-limits. It's a big change from my swimming days.