One-Man Company Owner To One Of The World's Richest: Journey Of Jeff Bezos

"One success and one winner can pay for dozens and dozens of failure. And that's why you should fail," said Amazon founder and CEO Jeff Bezos.

By Tahira Noor Khan January 16, 2020
Opinions expressed by Entrepreneur contributors are their own.
You're reading Entrepreneur India, an international franchise of Entrepreneur Media.

A young man in 1994 had an idea to use the World Wide Web to sell books online. To pursue this idea he gave up a secure job despite his boss’ cautioned remark, “It actually sounds like a really good idea to me but I think it would be a better idea for somebody who didn’t already have a good job.” He packaged and delivered books himself at the start of his entrepreneurial journey before being named the “richest man in modern history” in 2018 by Forbes, an American business magazine. He made a net worth of $150 billion. The man is Jeff Bezos, founder of e-retail giant Amazon.

Bezos just asked one question to himself that was enough for him to give up his lucrative job before taking the plunge to start Amazon. “I pictured myself 80 years old and thinking back on my life, would I regret leaving this company in the middle of the year and walk away from my annual bonus and all those things,” said Bezos at an Amazon India event called Smbhav. He said that the answer to this question was “not really”. But he would definitely regret not trying the idea he had in his mind. 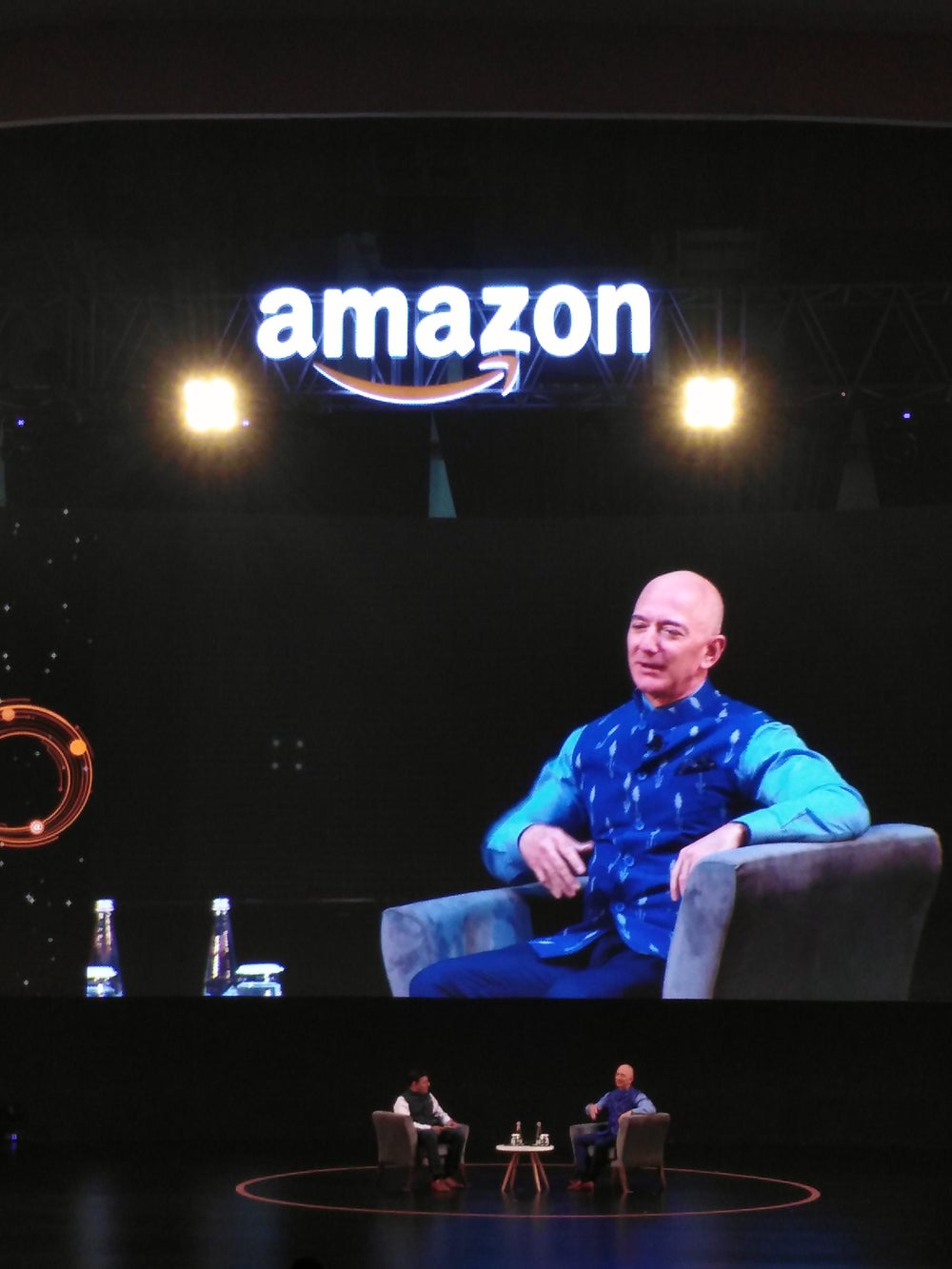 The making of an entrepreneur

What Amazon is today was beyond Bezos imagination when he started out. “I was hoping to build a company. Everything was one step at a time,” said Bezos. He shared how his role changed with the growth and evolution of his company. According to Bezos, a simple mantra of his entrepreneurial journey has been a ‘how-what-who’.

“At every new stage, I had to lead the company differently. In the very beginning, you are not only deciding what to do but you are also deciding how to do it,” said Bezos. He continued that as Amazon grew from one person to around a hundred people, his role changed. He would do less things himself as there were other people to do things for him. “My role shifted to helping other people figure out how to do it.”

When Amazon grew further, Bezos said the question shifted to what. “What to do rather than how to do it becomes more important.” Further scaling up of his business again changed his role. He said, “From what it changed to who.” Bezos added that by this time he was choosing leaders to lead his company.

Bezos claimed that the biggest secret of Amazon's success has been hiring people that are smarter than himself. “Make sure you are hiring people who are also going to teach you (rather than you just teaching them) things and they can be your tutors,” said Bezos.

Apart from Amazon, Bezos owns Blue Origin, an aerospace manufacturing company that he founded in 2000. He claims to be passionate about space since the tender age of five. Bezos also acquired media major Washington Post in 2013.

Amazon is the best place in the world to fail

The tech baron believes that his company Amazon has a culture that supports failure. Bezos told the audience at Smbhav that failure can be categorized into two types—one, experimentation failure and two, operational and excellence failure. He called failing while experimenting as “glorious” as it allows for innovation and invention. In this failure, a person fails trying working on new things and this kind of failure should be celebrated.

At the same time, an operational or excellence failure should always be avoided and cannot be celebrated. It should be a moment to be critical of oneself. Bezos said that at Amazon, he has experienced failure in both the departments but has always learnt his lessons.

“One success and one winner can pay for dozens and dozens of failure. And that’s why you should fail,” was Bezos resounding remark, which met with thundering applause from the audience.