The idea for Fodel was born when Benturquia herself searched for a better alternative to home delivery for her online purchases.

By Tamara Pupic January 30, 2020
Opinions expressed by Entrepreneur contributors are their own.
You're reading Entrepreneur Middle East, an international franchise of Entrepreneur Media.

Fodel, a last mile delivery tech startup founded by Soumia Benturquia, has been allocated a part of the US$100 million technology fund of Dubai Cultiv8 Investments Limited, a wholly owned subsidiary of the Mohammed Bin Rashid Fund for SMEs.

In operation since May 2018, Dubai Cultiv8 is a sharia compliant asset management company regulated by the Dubai Financial Services Authority. Its main task is to manage a collective investment fund and advise on financial products, and as such, the Dubai Cultiv8 team considered investing in Fodel since the Middle East’s delivery and transport sector promises a strong growth potential, said Arif Al Alawi, CEO of Dubai Cultiv8, in a statement. “Middle East-based delivery and transport startups rank third by number of investment deals they attracted during 2019,” adds Al Alawi. “In fact, they accounted for 19% of total funding directed into startups last year, and through our partnership with Fodel, we contribute to the continuous development of the logistics and ecommerce sectors in the UAE.”

Based on a new premise within the sector, Fodel gives online shoppers the option to collect their parcels any time they want, from any of its 1,000 pick up and drop off (PUDO) locations. The company’s UAE-wide parcel collection network includes gas stations, groceries, pharmacies, and stores from other retail categories that are open until midnight or 24/7 for maximum convenience. Therefore, its solution provides significant operational advantages to e-commerce and logistics companies, allowing them to massively expand their delivery capacity especially during peak seasons. 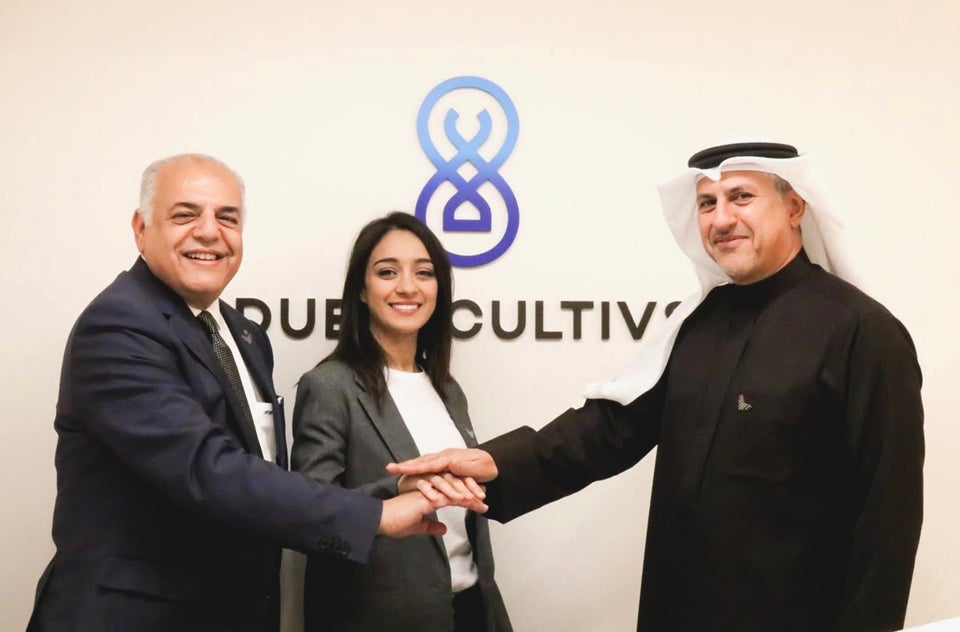 (R-L) Arif Al Alawi, CEO of Dubai Cultiv8, Soumia Benturquia, founder and CEO of FODEL, and Hamdi Osman, Chairman of FODEL and one of the startup’s key investors.
Source: Fodel

The idea for Fodel was born when Benturquia herself searched for a better alternative to home delivery for her online purchases. “I suffered from the existing delivery limitation,” she says. “Very simply, I ordered online, and the delivery company told me that they would deliver between 9 a.m. and 6 p.m. While it took me two minutes to make the order online, the delivery part required that I stayed available for the delivery for a whole day. It didn’t make sense to me. I asked them to deliver to a pick up location near me, and they informed me they didn’t offer this service. It was something I used to do in France and China, as it is a very common solution, but it was not available in the region.”

The model has proved successful in Europe- consider, for instance, the Brussels-based Kiala, which was acquired by UPS in 2012. Kiala was established in 2001 and had operations in Belgium, France, Luxembourg, Spain, and The Netherlands at the time of the acquisition. Its technology platform allowed e-commerce retailers to offer consumers the option of having goods delivered to a convenient retail location. The model has been tried and tested in China too, with Alibaba teaming up with retail conglomerates and department stores to co-found Cainiao, Fodel’s counterpart in China, in 2013. Last year, Alibaba invested an additional $3.33 billion in Cainiao to raise its equity stake to 63% from 51%, according to news reports.

With these aspects in mind, it seems pretty clear that Fodel has a bright future ahead of it, and that Benturquia is making it happen- having established its first-mover advantage in the UAE, Fodel has already launched in Saudi Arabia with a network of 1,000 PUDO points strategically spread across all main high-density regions, but also in remote areas.

As someone who’s leading arguably one of the most promising tech startups in the region, the question arises: who is Benturquia, and how has she developed such a strong business acumen? “When I first started my higher education, I initially decided to pursue a career in law, and completed a bachelor’s degree in this field in France,” she says. “While completing my degree, I realized that I wanted to do something more hands-on, and decided to test the waters in the startup ecosystem in London. This was when I realized that I wanted to move my career towards business and startups. I decided then to pursue a master’s degree in business to accumulate more theoretical knowledge, which would complement my hands-on knowledge. I then started working with HP’s e-commerce team, and saw first-hand the challenges that come with the last mile delivery. That’s how I developed an insider’s understanding of the issues facing e-commerce and logistics providers. It became obvious to me that these problems could be solved, so I launched Fodel with a great founding team in Dubai and Shenzhen, China.”

When it comes to entrepreneurship, Benturquia admits that one can never be fully prepared for it, and it is something that she has had to learn on the job day by day. “One of the biggest challenges in starting a business is that in the beginning, you have to wear multiple hats, and do many different things all by yourself, from IT to sales and marketing, from HR and admin to operations,” she says. “You need to build expertise in new topics that you might not have been exposed to before, and take quick decisions that may have lasting impact on the business. Once our focus changed to growth, the challenge was to introduce the solution to different stakeholders, be it partners or end customers, and explain the value of our product, as we were the first to introduce the PUDO concept in the MENA region. Thankfully, our solution was already proven almost everywhere in the world, and already deployed in many countries like China, UK, France, US, or Russia.”

Going forward, Benturquia claims that her sole focus will be to expand Fodel’s geographic footprint both in terms of new markets, as well as network locations. “For us, the most important thing is to make sure that in every market we enter, we develop the densest network of PUDO locations to ensure that we offer consumers comprehensive coverage of pick up location point,” Benturquia declares.

2. Think big and long-term “Entrepreneurship is not only about quick wins; it’s also about the lasting impact you can have on improving people’s lives.”

3. Expect (and accept) the naysayers “Be prepared to accept failure and criticism, and learn from them. It’s part of the journey to a successful endeavor.”