Driving Change (Through Tech): Empowering Women To Innovate Without Restrictions

One in three startups in the region today were founded by or are led by women- a higher percentage than in Silicon Valley.
Next Article Add to Queue

When I moved to Dubai in 2009, I often had friends ask me how it was living and working in the Middle East as a woman. Little did they know at the time that the region defies preconceived notions, and nowhere is that more striking than in tech, where women are driving change. It’s been wonderful to be able to witness that transformation- and to work to support these pioneering women. The region has seen no shortage of trendsetters, from Dr. Amal Al Qubaisi, the president of the UAE’s Federal National Council, who was the first woman in the region to lead a national assembly; to Rania Nashar, CEO of Samba Financial Group and the first female chief executive of a Saudi commercial bank. And in tech, women have been joining the IBM Saudi Arabia team for nearly a decade. In fact, one in three startups in the region today were founded by or are led by women- a higher percentage than in Silicon Valley.

According to UNESCO, women account for more than half of the engineering student population in some Arab states, and between 34% and 57% of recent STEM graduates in the region are women. That’s a much higher rate than in universities globally, and a testament to the change underway in the Middle East region. The challenge, however, is ensuring that the talent emerging from universities find their way into the workplace. IBM’s global study Women, Leadership and the Priority Paradox highlights one of the challenges impacting women in the Middle East and around the world: 79% of organizations globally say advancing women into leadership roles is not a formal business priority.

As an employee of IBM, I’m proud to be part of a company that is serious about achieving gender equality in its leadership ranks and throughout the company. The work we do is uniquely positioned to empower women to innovate without restrictions, and I’ve been inspired by some of the women doing just that at IBM. 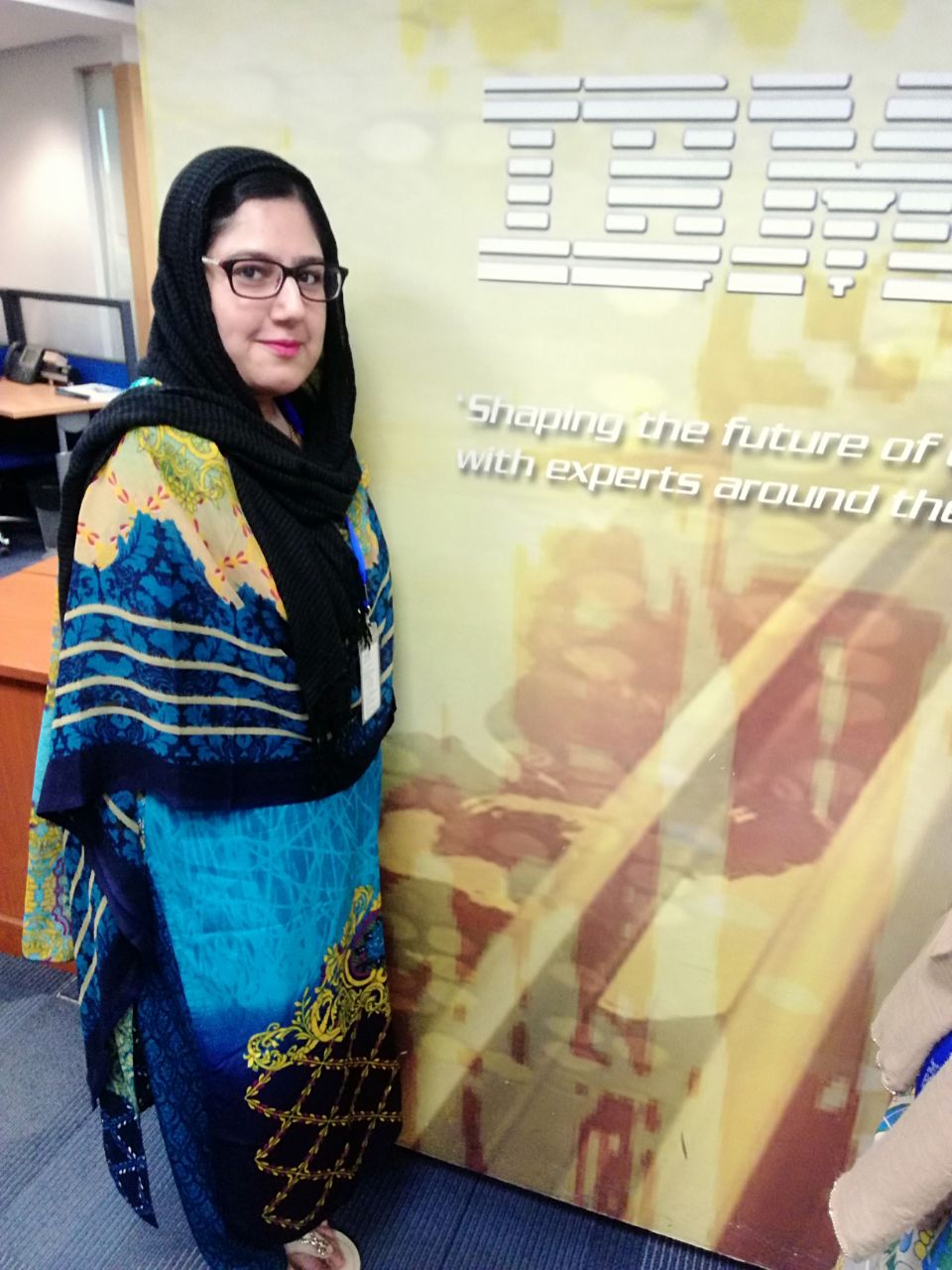 Asna Javed works as a developer advocacy team lead in Pakistan, and she knows a lot about people’s preconceived notions. Asna was born without arms, and people often assume she can’t do things on her own. But she’s proven those people wrong, serving as an example of the women I work with throughout the Middle East: they’re super smart, and eager to support each other as they build a community in tech- it’s this support system that encourages me, as we work to bridge the gap between academia and the industry.

“Even though I’m confident in my own abilities, I know that not everyone in my position feels the same way, and that most people don’t have the support network I have,” Asna said. “What I love most about my role as a Cloud Developer Advocate for IBM is that it grants me a platform to champion technical careers to aspiring female and differently abled engineers.”

Asna is part of a growing ecosystem in the Middle East region where women support each other’s career growth, and showcase their own paths as role models. They’re young women building confidence in each other and themselves, and creating a climate where it is possible to grow from school to work to the leadership ranks of some of the world’s biggest companies. These women are very strong and very powerful. They know what they want, and we need to do the work to help them.

Through a recent hackathon, Asna developed a project called Be-My-Hands, an application that integrates Watson Speech to text-enabled voice commands into actions, so that people like her can more easily do the basic tasks of business, like opening a new tab in a browser or closing a folder. 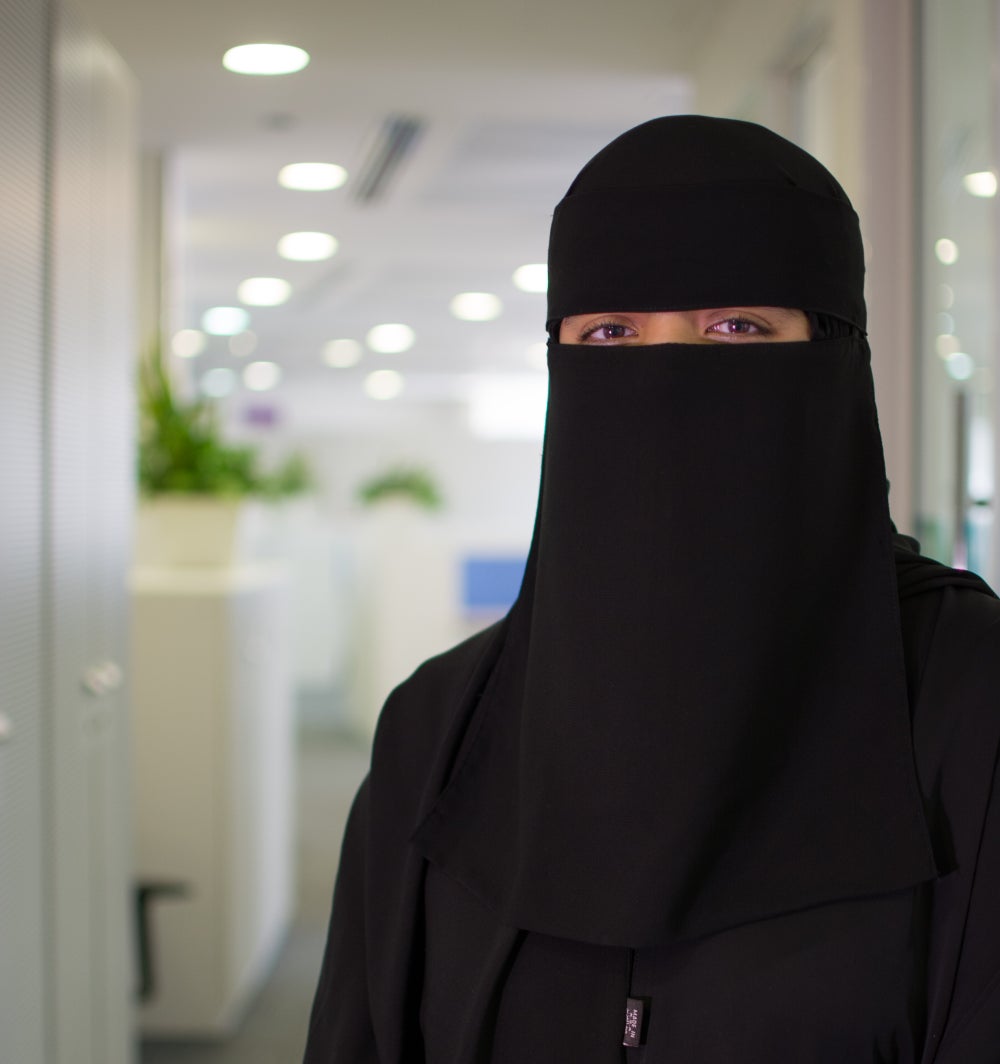 Nora Al Nashwan is another good example. Nora works on our IBM Blockchain Services team, and has become a role model in Saudi Arabia. She recently used Watson Personality Insights to establish Gifty, a web application that personalizes gifts. She also created an IBM Blockchain solution for date farmers in Saudi which helps to improve food authenticity. And away from her day job, Nora co-founded Code for Girls, an organization that aims to empower girls in the tech industry by building a community of talented girls from all disciplines, teaching them how to code, and develop their personal and professional skills.

“I wanted to explain to other developers -including females- the value of blockchain, and show them how to implement it,” Nora said. “So, I built an application to show developers how blockchain technology can be used to disrupt the food trading industry.”

Before joining IBM, Nora had seen few women working in tech industry- and even fewer who remained in the industry. Now, she wants to encourage the next generation of women to write code and take on the world’s challenges. “That’s why I co-established Code for Girls,” she said. “Our goal is for every student to emerge with a viable project to pursue after graduation.”

Supporting these pioneers means identifying the blocks that keep women from growing in these jobs and finding their way to leadership- and then working with them to remove those blocks. We, at IBM, have the responsibility to work with other industry players to establish best practices in the region, and grow the pipeline that will produce future leaders.

Related: How (And Why) Businesses Should Champion Inclusive Growth

Entrepreneur members get access to exclusive offers, events and more.
Women in Business

Boss Ladies: Three Successful Women Whose Stories (And Words) Will Inspire You