India Must Focus On Developing Soft Power To Be a Global Leader: Sunil Kant Munjal

The founder of Serendipity Arts Foundation believes that art forms have always been used as a medium for dialogue, debate, and protest

By Tahira Noor Khan February 26, 2020
Opinions expressed by Entrepreneur contributors are their own.
You're reading Entrepreneur India, an international franchise of Entrepreneur Media.

Sunil Kant Munjal, chairman of Hero Enterprise, is known for his entrepreneurial journey. A relatively lesser-known side is that he is also an art lover and patron.

The business tycoon says his love for art is both deep and wide. “I enjoy all forms of arts,” said the founder and chief patron of 2014 founded Serendipity Arts Foundation (SAF).

Talking about his love for music, Munjal said, “I enjoy music, I enjoy songs, both Indian classical and popular music, old movie songs, Western classical, pop music, jazz and rock. I have a wide and diversified taste.” Munjal's wife and daughter are trained pianists.

Stressing upon the important role played by art in society, Munjal said, “Art has always been used as a medium for dialogue, debate, and protest. So many historical dialogues have been defined by arts. Many artists have documented historical events in music, sculpture, etc.”

Munjal asserted that India’s dream of becoming a global leader will strongly depend upon the importance that we give to our arts. “We are at such a unique place right as India is looking for leadership worldwide in economic terms. In geopolitics, it is one of the big players and in defence, its capabilities are growing. The one side that we need to focus more on is its soft power,” said the author of the recently released book, The Making of Hero: Four Brothers, Two Wheels and a Revolution that Shaped India, which talks about building the world's largest two-wheeler company. 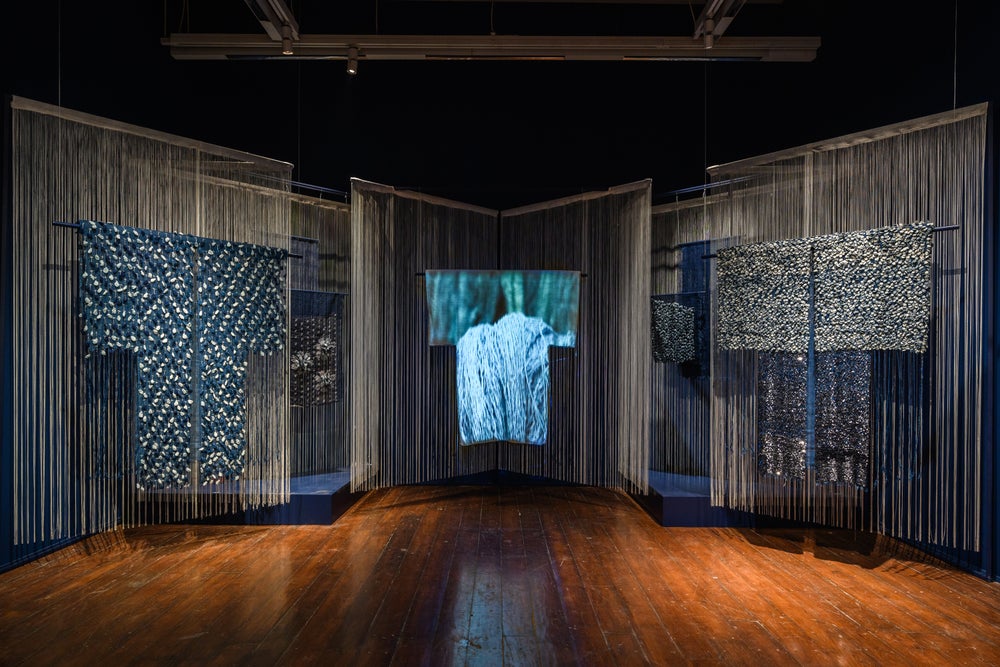 Munjal’s involvement in promoting arts goes back a long way. In 1999, he founded Ludhiana Sanskritik Samagam to promote performing arts. What prompted the art-loving Munjal to start Serendipity Arts Foundation was the realization that there were individual initiatives promoting each art form but not one that looked at collective arts together.

Serendipity Arts Foundation is an interdisciplinary arts and cultural development foundation that was founded in 2014. The foundation aims to foster pluralistic cultural expressions, sparking conversations around arts while also nurturing artistic journeys of emerging artists across South Asia.

The most eye-catching and noteworthy of initiatives taken by SAF is the Serendipity Arts Festival that was started in 2016. Since then the festival has been taking place each year in December at Panaji, Goa.

Smriti Rajgarhia is the Director of the Serendipity Arts Festival. The festival of 2019 had 14 curators apart from other special projects by artists. 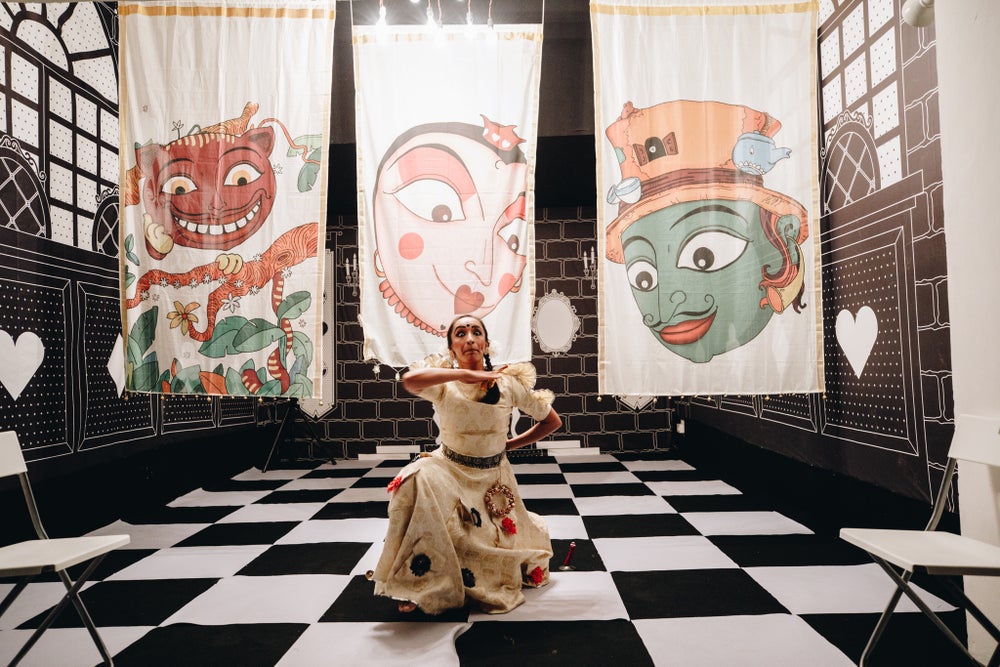 On being probed what will be the long-term impact of the festival, Munjal responded, “I guess it will only be known in the long term because we are only four years old but the signs are very clear. It will have an impact on people’s personalities, their ethos, their interest and their ability to adopt the arts as very much part of their lives and also as their profession.”

Munjal proudly beams that Serendipity Arts Festival focuses on diversity and inclusivity as its priority. “We have built a festival where not everyone is welcome but also everyone is included. We have for example wheelchair access to all venues of the festival. We have sign language experts for deaf and mute visitors. And even for visually challenged visitors, we have braille catalogues,” said Munjal.

The interdisciplinary festival also invites people from all social strata of the society. “We invite school children and street children. We also go to some of the orphanages to invite children from there and we also invite the elderly,” said Munjal. He added, “The idea is to expand the scope of people who can come in.”

The art curated at the festival also ranges from traditional craftsmanship to modern art employing technology as a medium of expression. 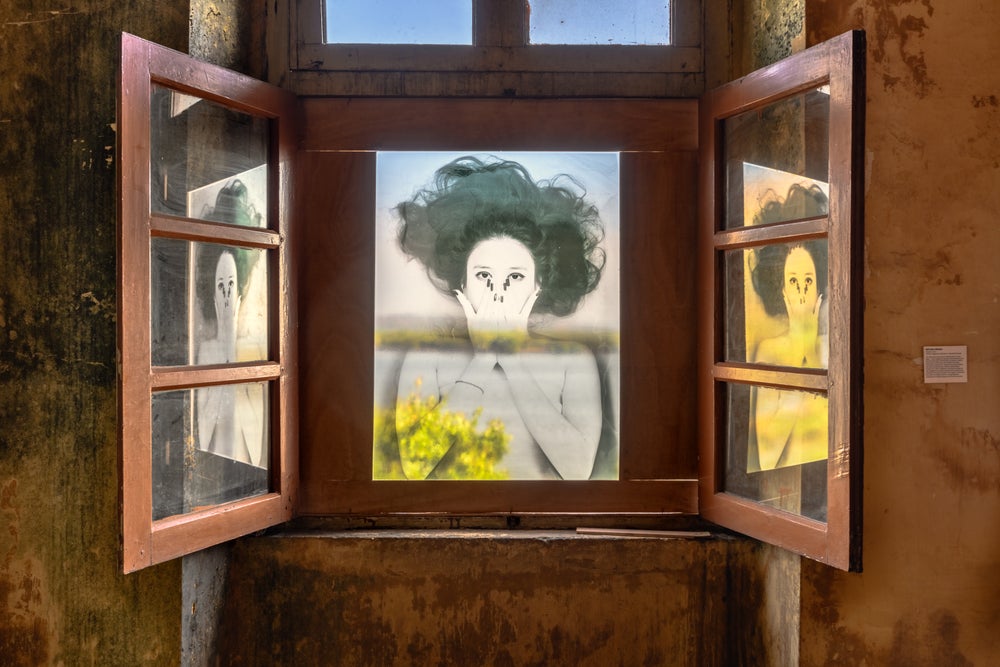 Freedom from Fear by Mayco Naing as a part of Look, Stranger! Curated by Rahaab Allana from Serendipity Arts Festival 2019

Promoting Arts As a Full-time Vocation

Munjal believes enough is not being done to promote artists, especially local artisans such as weavers to stick and thrive in their artistic vocation. “Many of the rich traditions and cultures, which have been around in India and south-east Asia for centuries are now declining and going away. People cannot make a living only on them,” heaved Munjal.

Munjal stressed the government should recognize the importance of arts and said, “The number of people engaged in these professions runs anywhere from 100 to 200 million which is by the way, larger than any other industry that they have in this country. And the awareness and focus of this—of policymakers, of government, of regulators—is very low. It is seen as something esoteric, something nice to talk about.”

The art patron expresses concern over arts being perceived as a luxury by some in the government, which acts as a hindrance in the overall promotion of the culture of art in India. “We forget that for every one successful artist, there are at least 20,000-30,000 artists that are just struggling to make ends meet and turn this into a livelihood,” claimed Munjal. 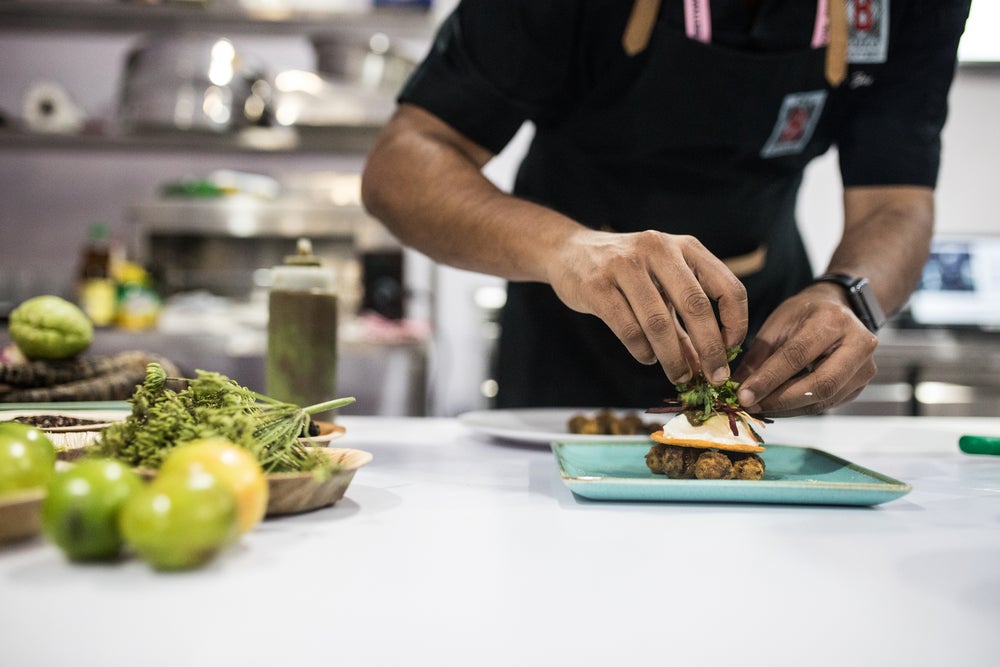 Munjal also said that throughout the world, arts thrive on philanthropy and in India as well corporates need to contribute more towards promoting arts. “Enough is not being done but there are growing signs that you can see more and more private initiatives,” Munjal remarked. 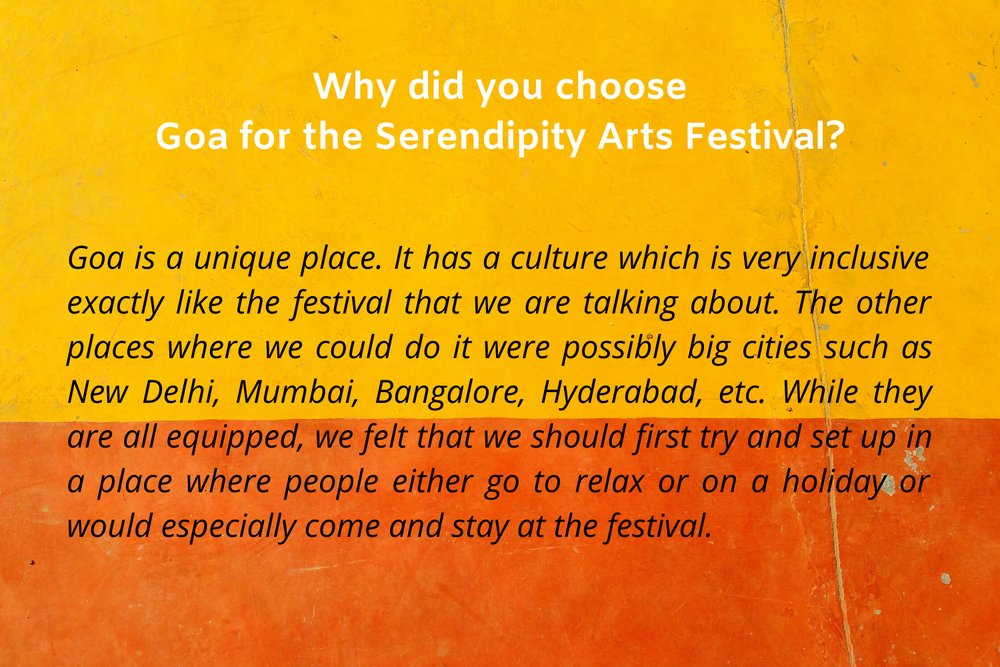 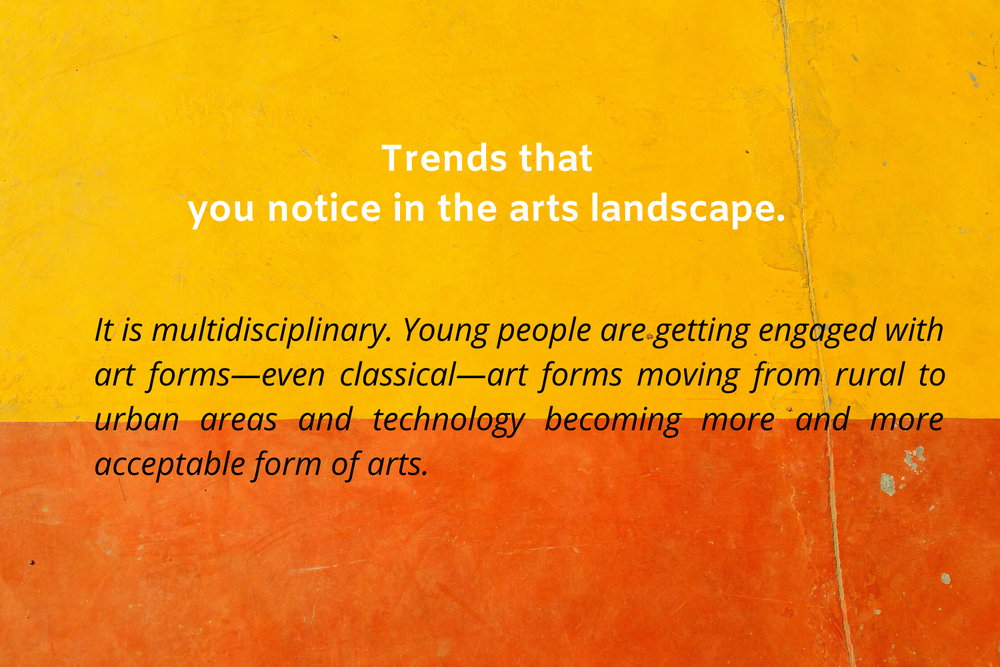 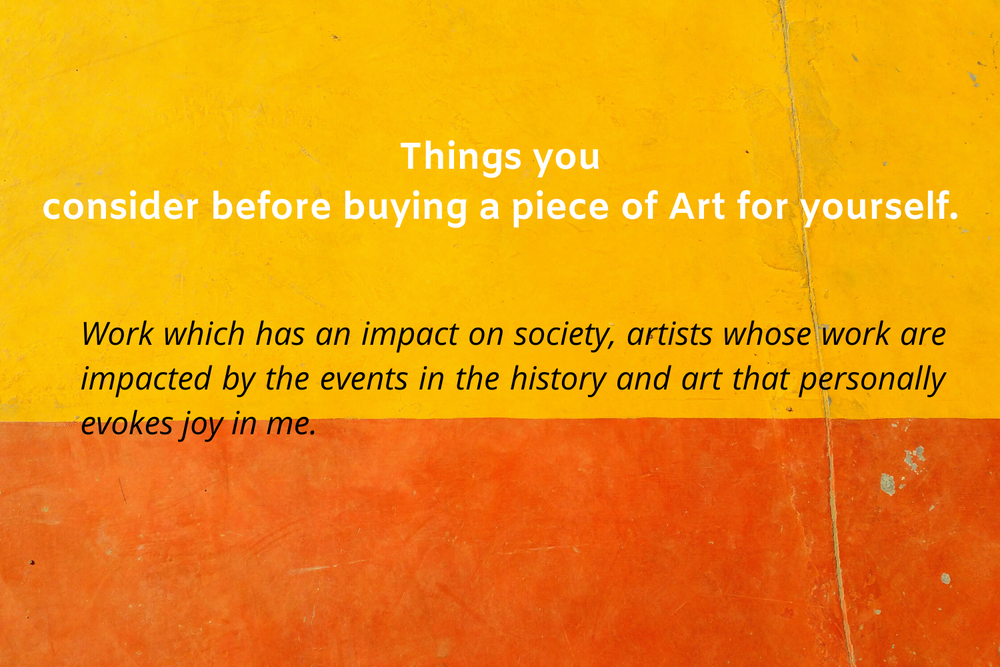 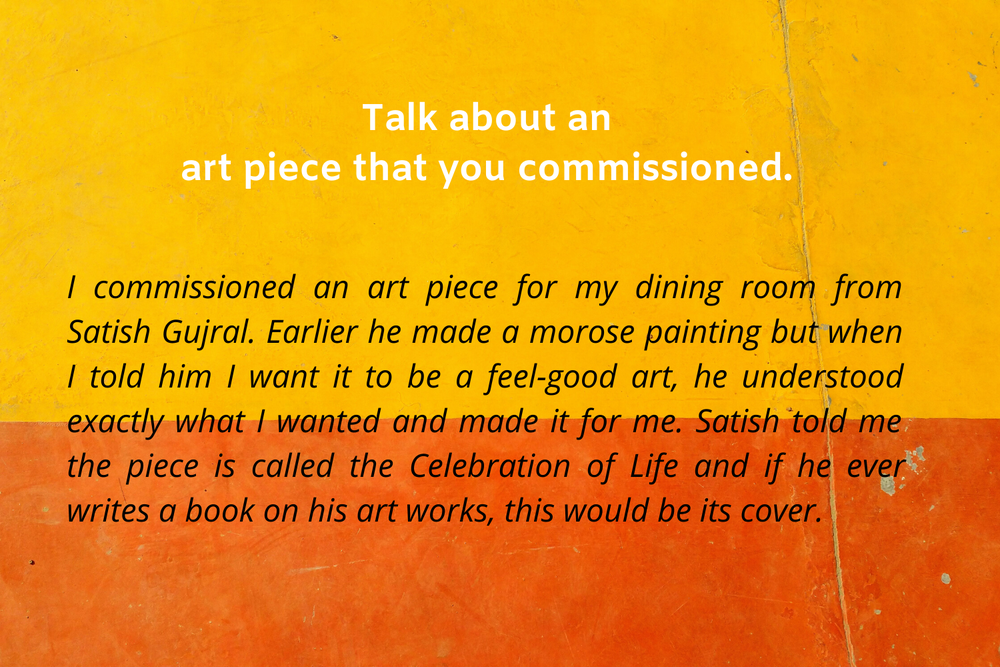