The unemployment rate in March was 8.7 per cent, highest in 43 months said CMIE CEO

Post the countrywide lockdown announced on 25 March, the overall unemployment rate in India may have spiked to 23 per cent, suggests Centre for Monitoring Indian Economy (CMIE) data.

The 98 basis point increase in March 2020 over the previous month is the largest monthly increase recorded, Vyas added. 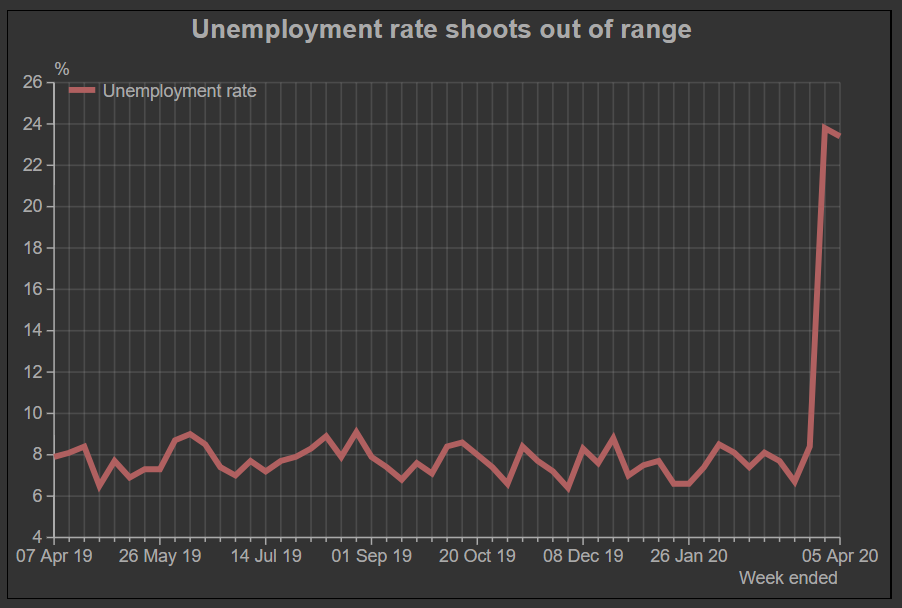 The unemployment rate is determined by three factors, all of which must be satisfied—the person should not be employed, should be willing to be employed and should be actively looking for employment.

In line with the rising unemployment rate, the labor participation rate (LPR) has decreased steadily since the beginning of this year. It fell an entire percentage point from 42.96 per cent in January 2020 to 41.9 per cent in March 2020. This is the first time that the LPR has fallen below 42 per cent, stated Vyas. 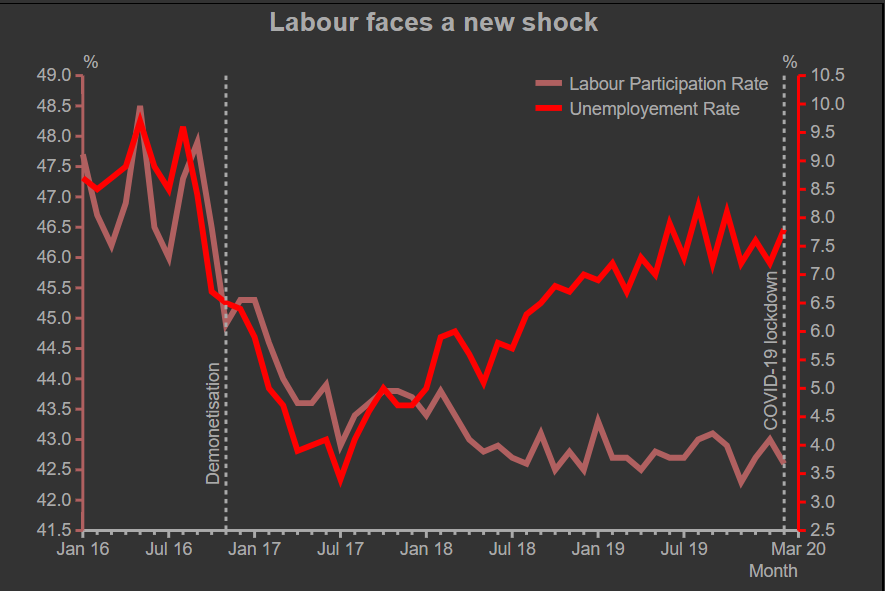 CMIE has put out the data with a disclaimer that the survey operations were disrupted post the nationwide lockdown announced on 24 March. Due to this the sample size for March 2020 findings was much smaller than the usual numbers.

Despite suspension of the survey in the last week, workers on the field on March 24 and March 25 continued to report observations, Vyas stated. “By March 30 we did manage to get observations over telephonic interviews. As a result, CPHS (Consumer Pyramids Household Survey) yielded 2,289 observations in the last week of March. These were evenly spread over rural and urban areas,” he said.