Masterclass in Business With a 77-year Old Entrepreneur

Entrepreneur Asia Pacific interviewed SML's Managing Director on what makes him tick, what success entails, and how to stay young, forever
Next Article Add to Queue

The year was 1973. India had been reeling from a massive economic hit caused by a war with Pakistan. There was a serious fall in food production in the country, domestic industrial growth was rapidly declining, and inflation was skyrocketing. Economists all around the world turned bearish on the Indian economy, and the then Prime Minister, Indira Gandhi, exclaimed that 1973 was a very difficult year indeed for India and her people.

Henry Kissinger, former U.S. Secretary of State said once that a diamond is basically just a chunk of coal that did well under pressure. Time and again, the most successful people in the world have found the adage to be true.

And so it was in 1973, on October 1, when Madan Swaroop Saxena, established his manufacturing company - SML - out of a rented factory in the North Indian state of Uttar Pradesh. 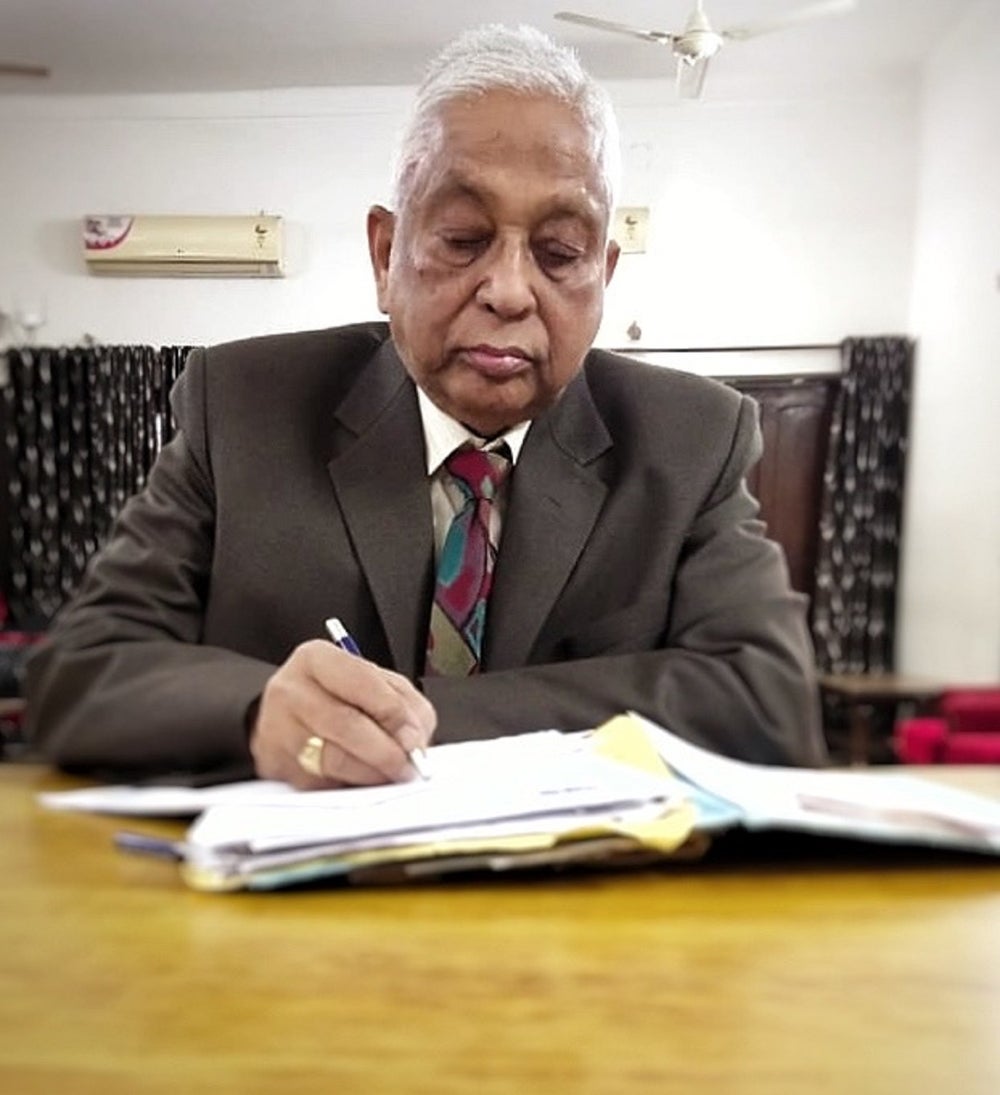 The now 77-year old industrialist is a prominent name in the Indian defense sector, having manufactured several hundred pieces of equipment for the country’s warships, helicopters, and fighter jets. Saxena has worked closely with several prime ministers of India - including Indira Gandhi - on defense-related projects, and the company has now set its sights on capturing a piece of the agricultural industry.

The well-traveled and mild-mannered industrialist has mentored and trained over a hundred entrepreneurs, businesspersons, engineers and budding industrialists over the 46-years he has spent as head honcho at SML, and he says he has no plans of resting on his laurels and slowing down any time soon.

“My work keeps me young and energetic,” says Saxena, adding even today, he works at least 12-13 hours a day.

One of the most important lessons he has learned over his nearly half-a-century of work experience is to value the people who stick by you through thick and thin, with unflinching loyalty, and set up a strong support system to keep you going.

“My wife is my biggest strength - I have leaned on her when things have been bad, never having to worry about whether that support system would be there or not,” he says, adding that that kind of support is important when it comes to entrepreneurship.

Employees that have been in the company for a long time form another support structure for him, says Saxena.

“Loyalty is important. In my experience, no one knows your struggles like your older staff do. They value the journey and they give the company everything they’ve got,” he quips, adding the company still employs a lot of the old employees who started at the first factory.

Over the years, SML has received a lot of funding from the government and state financial corporations, which in particular recognize the company for its efforts to provide employment, locally.

The company recently secured a license for muscovado (organic, pesticide-free raw sugar) production, and is set to start production from October this year. Last year it set up a fair trade mustard oil production plant and refinery that sources crops from local farmers. The two plants have provided employment to hundreds of people, combined, even hiring local residents who don’t adequate qualifications or education. The company provides exhaustive on-site training and mentoring, mostly aimed at equipping those employees with practical skills.

Enjoy Every Aspect of Entrepreneurship

Saxena says setting up a company, developing a product and hiring employees aren’t the only things that an entrepreneur has to dedicate his or her time to. Liaising with customers and stakeholders is a big part of the job, and one that helps entrepreneurs refine their business plans in the long run.

Every product has its own takers, and to know where to head next, it’s important for one to understand what the other side of the table wants, explains Saxena.

Sales meetings are always a very interesting affair, the industrialist remarks, adding over the 46 years he has sat in on hundreds of meetings, there are three very basic, but very important learnings he carries into the conference room with him, even today:

Customers are like your extended family, and one must treat all family members well, Saxena says.

Saxena says he has lived his life so far by three tenets which have brought him not just his immense success, but also helped retain the joy in putting a hard day’s work, even after 46 years of doing similar things day in, and day out.

1. Pick what you’re passionate about

It’s important to be excited about the work you’re doing, says the veteran industrialist, and finding something that combines your passion with business will ensure you turn up for work with the same amount of zest and energy.

Staying true to your integrity at all times will be your guiding light and always show you the way, even in the toughest of times, says Saxena. Honesty with your employees will help them empathize with you. With clients, it will help foster credibility. With creditors and investors - it will help them trust you with their money.

3. Bite off only as much as you can chew

Knowing your capacity, capabilities, and how much work you can take on will not only help you streamline the efforts and energy you put in, but also help keep you sane by taking away unnecessary pressure, says Saxena.

“Hack away at smaller problems surrounding your main problem, and take it one step at a time.”

“Above everything else, enjoy the work you do, and refuse to grow old in your thoughts, even if your body is aging,” says Saxena, in parting.

The author is not affiliated with the company.

Her Mom Sold Rice Cakes in a Refugee Camp. Now She Sells Her Mom's Hot Chili Sauce in Gourmet Grocery Stores. Her Mom Isn't Impressed... Yet.