Zoom-ing Ahead: Behind The Scenes At The Company Whose Video-Conferencing App Has Taken Over Our Lives

Zoom's Gulf representative Sam Tayan explains how the COVID-19 crisis has led his team to be working around the clock.

By Tamara Pupic April 30, 2020
Opinions expressed by Entrepreneur contributors are their own.
You're reading Entrepreneur Middle East, an international franchise of Entrepreneur Media.

It is safe to say that, globally, the usage of Zoom has ballooned amid the COVID-19 crisis. Yet, the numbers will shock you nonetheless. Sam Tayan, a Gulf representative of the San Jose-headquartered communications technology company, takes some time before breaking the suspense in order to put their current growth in a wider context.

It might be that ideas that spring to mind on a train ride are really destined to go global (think J.K. Rowling), but Zoom’s founder Eric S. Yuan did first think of a Zoom-like platform during the long commutes in his native China. In the mid 90s, he arrived in the US, and worked for WebEx which, later on, became Cisco, and he eventually went on to launch the Zoom platform in 2012.

Related: Survey: Dubai, Tell Us How You're Working From Home During The COVID-19 Crisis

While it had its share of initial troubles, the company was doing well- its IPO debut on NASDAQ last year was considered successful with a stock priced at US$36. In less than a year, however, Zoom's stock price has skyrocketed to $169, boosting the value of investors’ stakes. “Zoom was originally developed for enterprise use and has been confidently selected for complete deployment by a large number of institutions globally, following security reviews of our user, network and datacenter layers,” Tayan says. “As video-first communications become more popular and accessible, we feel a responsibility to help where we can.” 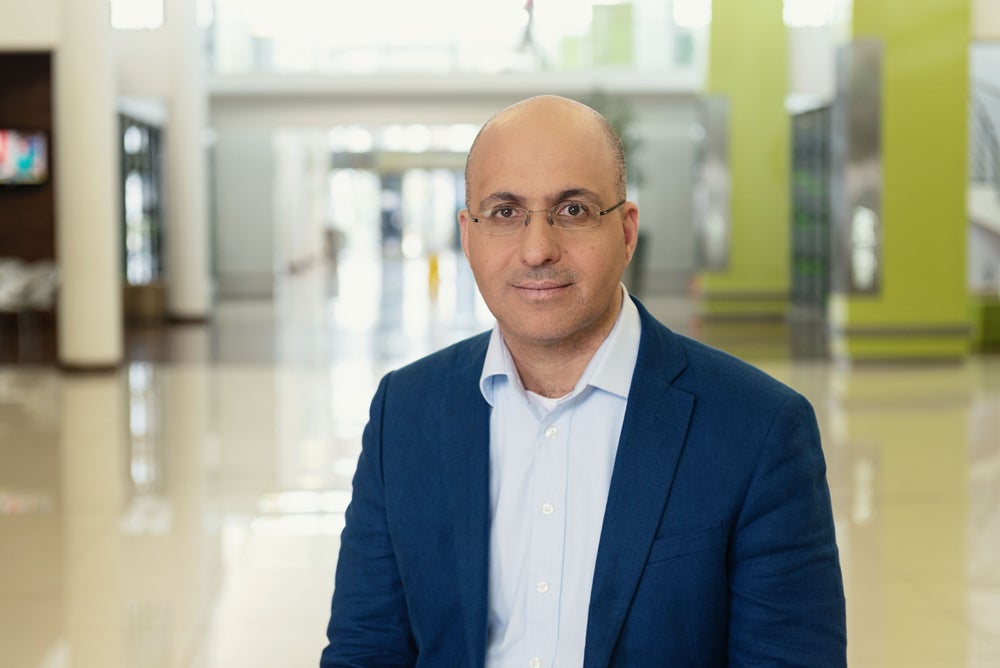 Indeed, since the COVID-19 outbreak began, Yuan decided to offer Zoom access to all K-12 schools first in the US, which quickly turned into 90,000 schools across 20 countries, often personally opening up their free accounts. “During the COVID-19 pandemic, we are working around-the-clock to ensure that universities, schools, and other organizations across the world can stay connected and operational,” Tayan notes. “As more and newer kinds of users start using Zoom during this time, Zoom has been proactively engaging to make sure they understand Zoom's relevant policies, as well as the best ways to use the platform and protect their meetings.”

The team has been confident that Zoom’s architecture is built to handle these growing levels of activity, Tayan says. “Our unified communications platform is architected from the ground up to address the most technologically difficult aspect of communications: video,” he says. Specifically, this product confidence is based on Zoom’s data centers in 17 locations around the globe, which provide significant control and flexibility when it comes to routing both our audio and our video traffic.

“The platform is architected such that, in the event of capacity constraints at the data center nearest a user, additional traffic will be routed to one of our other data centers,” Tayan explains. “And, in the case of an unprecedented, massive influx of demand, Zoom has the ability to access and deploy tens of thousands of AWS servers within hours, and in full compliance with its Privacy Policy, to seamlessly scale without any impact to our users.”

However, there has been an onslaught of security concerns surrounding the service. In response to that, the company quickly released the newest version of its app, Zoom 5.0, which includes encryption and new privacy controls, and updates that are part of a 90-day plan to improve security and privacy on the platform. “Zoom takes user privacy, security, and trust extremely seriously,” Tayan says. “It is equally important to note that Zoom does not sell user data, does not monitor users’ meetings or its contents, and it fully complies with all applicable privacy laws, rules, and regulations in the jurisdictions within which it operates, including the GDPR and the CCPA.” Tayan also notes that the COVID-19 crisis has completely broadened what it means to be a video communications technology provider in the times of need. “What is interesting is that even before the pandemic, advances in technology, interwoven with the new generation of the workforce, meant that workplace culture was already experiencing a paradigm shift,” Tayan explains. “When you consider the term ‘workspace,’ it has somewhat lost its true meaning. It no longer defines a traditional work setting, the connotation of going to work is drifting. With people opting to go to co-working spaces, coffee shops, to stay at home, or even go outdoors– more places are deemed acceptable ‘workspaces,’ so long as the process works for individuals and the job gets done effectively. However, this flexible concept of the workspace is no longer a ‘nice to have’. Being able to work remotely is business critical. And businesses are having to adapt and rethink their day-to-day operations to ensure they can successfully continue.”