Survival wasn't easy - but for these entrepreneurs, there was no alternative.
Next Article Add to Queue
Jason Feifer and Stephanie Schomer
Magazine Contributor
July 7, 2020 9 min read

This story appears in the July 2020 issue of Entrepreneur. Subscribe » 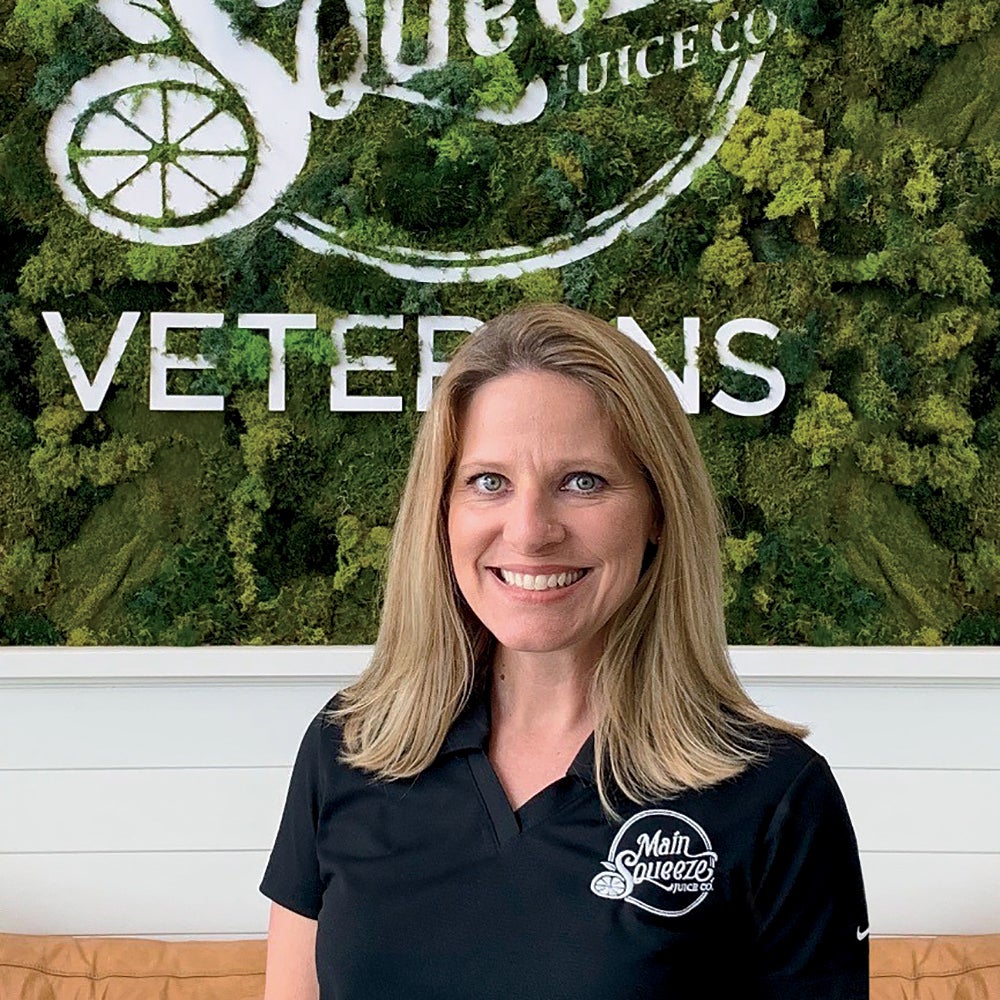 Taking care of the team

Jennifer Perkins owns two Main Squeeze Juice Co. locations just outside New Orleans with her brother, Andrew Blackwell. When his wife gave birth to twins mid-March, Andrew joined his family in quarantine — and Jennifer found herself navigating a pandemic without her business partner.

“It’s been really hard,” she says. “Not to mention I haven’t gotten to meet my nieces! But safety is what’s important, more than anything.”

That’s true of their businesses, too. Their juice and smoothie shops have required a dramatic increase in safety precautions, and while foot traffic has dwindled, drive-through purchases have quadrupled. Inside, Perkins is working overtime to keep her staff healthy and comfortable.

Related: 5 Things to Do to Transition Your Business From Partially Closed to Reopened

“A lot of our younger staff’s parents wanted them to quarantine with them, and that makes sense,” she says. “But it did leave us shorthanded, so for the team members who committed to go through this with us, it’s easy to feel overwhelmed.”

As they’ve taken on extra shifts, longer shifts, and the increased pressure of serving food items in a pandemic, Perkins has hustled to hire additional support staff and make sure her team members aren’t stretching themselves too thin.

“Sometimes it’s as simple as sending someone home a little early and letting them know that the store will be OK,” she says. “Sometimes it’s making sure our high school employees have the time to take their classes on Zoom and keep up with their schoolwork. Our team has been the backbone of this business, and we’re finding new ways to support each other.”

“I can’t lie and say that any of this was super easy or super planned,” Perkins says. “I had my moments of doubt and panic: Are we doing the right thing? Is this the right way to handle it? But now that we know we’ve come out on top, it’s a super proud moment for our team.” 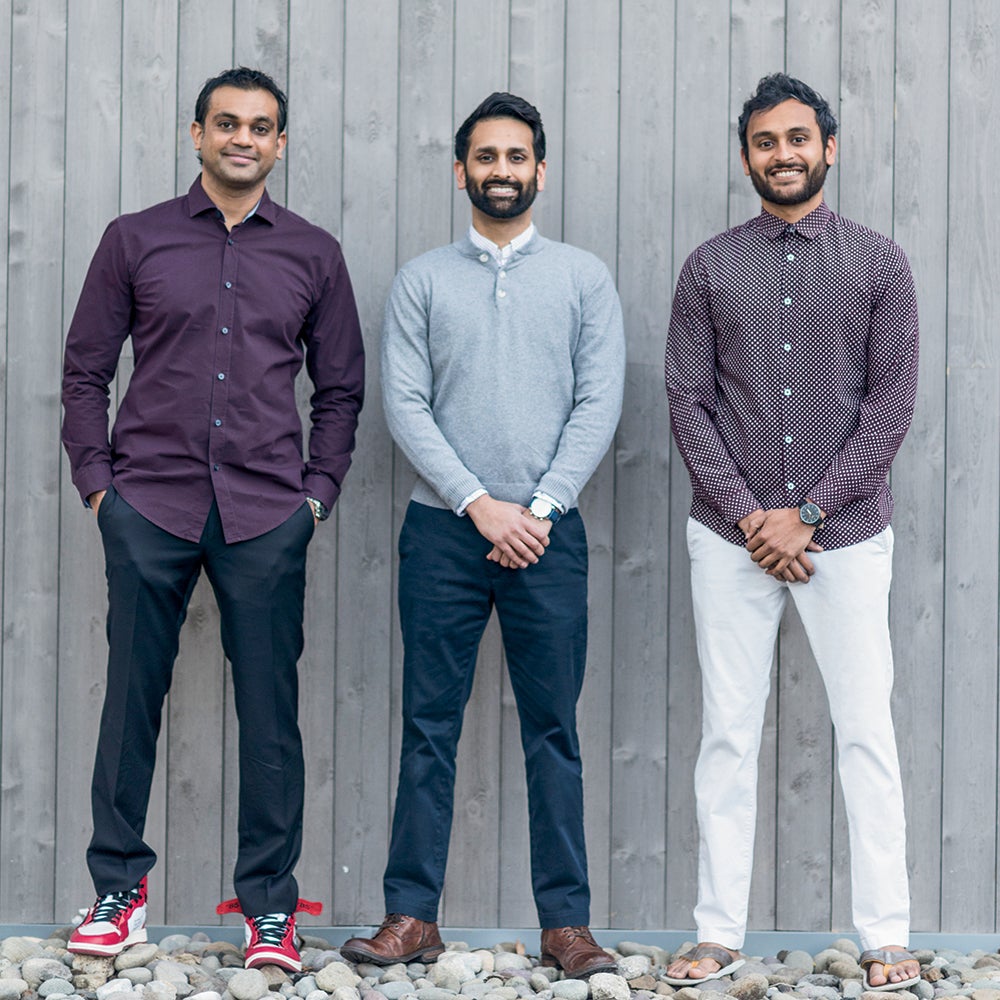 Taking care of your own Town

Owning a pizza shop is all about serving your community. So when the Pieology in Stamford, Conn., closed its dining room in the wake of COVID-19, its owners only got busier.

“We’re not doctors or nurses, but we needed to do something,” says Regal Patel, who owns the location with friends Nishant Patel and Sahil Patel (pictured, from left). “We have pizza, and we have food — let’s keep our community fed.”

The trio and their team (whom they managed to keep employed and busy with delivery and takeout orders) got to work assembling care packages of food and pizzas to distribute throughout the community and to the frontline workers at local hospitals. They started including a roll of toilet paper to deliver a laugh along with the food — and realized that their stock of supplies could be even more impactful than pie.

Related: Why This Family Is Betting Their Future on Franchising

“It’s always safety first at restaurants,” Regal says. “So we contacted our glove supplier and were able to order and donate 6,000 pairs of gloves to a local hospital, and they were just like, ‘Holy Jesus, that’s a lot of gloves for one business to give!’ ”

With pizza sales down and their charitable efforts up, Patel and his co-owners are stretching their wallets thin. “We’re doing this out of our own pocket, and there’s no profit at the restaurant right now,” he says.

But as they waited to reopen their dining room, they even doubled down with the brand and launched takeout at a new, second location that was originally put on pause as the pandemic spread. “We know that it will operate differently than restaurants of the past,” Regal says. “But now is the time to adapt and create a new blueprint to serve.” 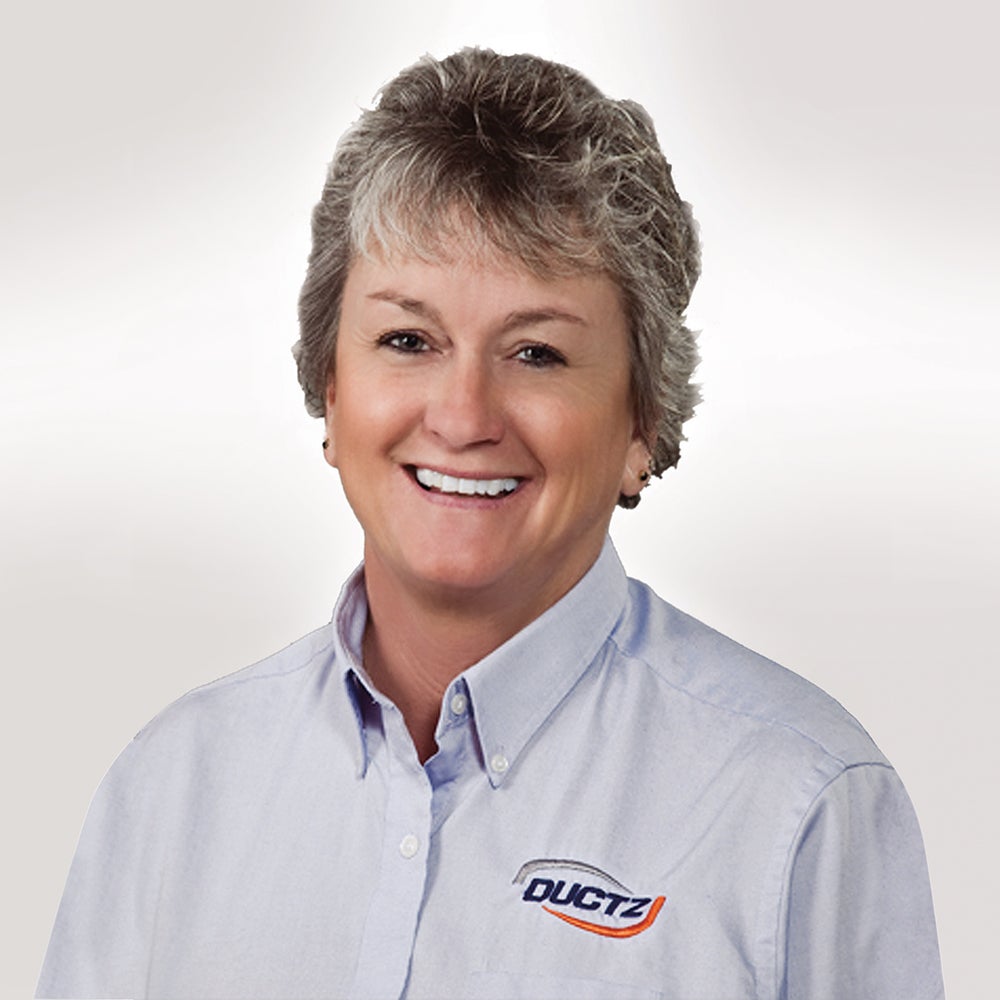 Maintaining transparency — for staff and customers

Looking back, she envies the clarity she had at that difficult time. “We could see where that crisis was coming from and why,” Clisham says. “But now, this, this is an unknown adversary.”

And for her business — one that requires sending employees into people’s homes — COVID-19 is an adversary that has changed everything. Clisham used to be booked out for three weeks; now she’s booking week to week. Two months into the pandemic and she’d already lost $60,000 compared with 2019. And the jobs that are coming through require extra care.

“We’re disinfecting tools, taking temperatures before a job, wearing masks, wiping down switch plates and doorknobs or anything that we touched,” she says. “We have to make our customers comfortable and share that process with them.”

Clisham has been transparent with her team, as well. She counts herself as one of the lucky business owners who received a Paycheck Protection Program loan (she says a good relationship with her bank helped her file for relief as soon as possible, and quickly) and was up front with employees about what the months ahead may look like.

She knows a lot of other business owners can’t say the same.

“We’re going to make it through this because of the PPP money, I’ll tell you that,” she says. “I tend to have about three months’ worth of payroll and emergency funds set away, but when you don’t have any money coming in from jobs, that will go fast. I’m so thankful we got that relief.” 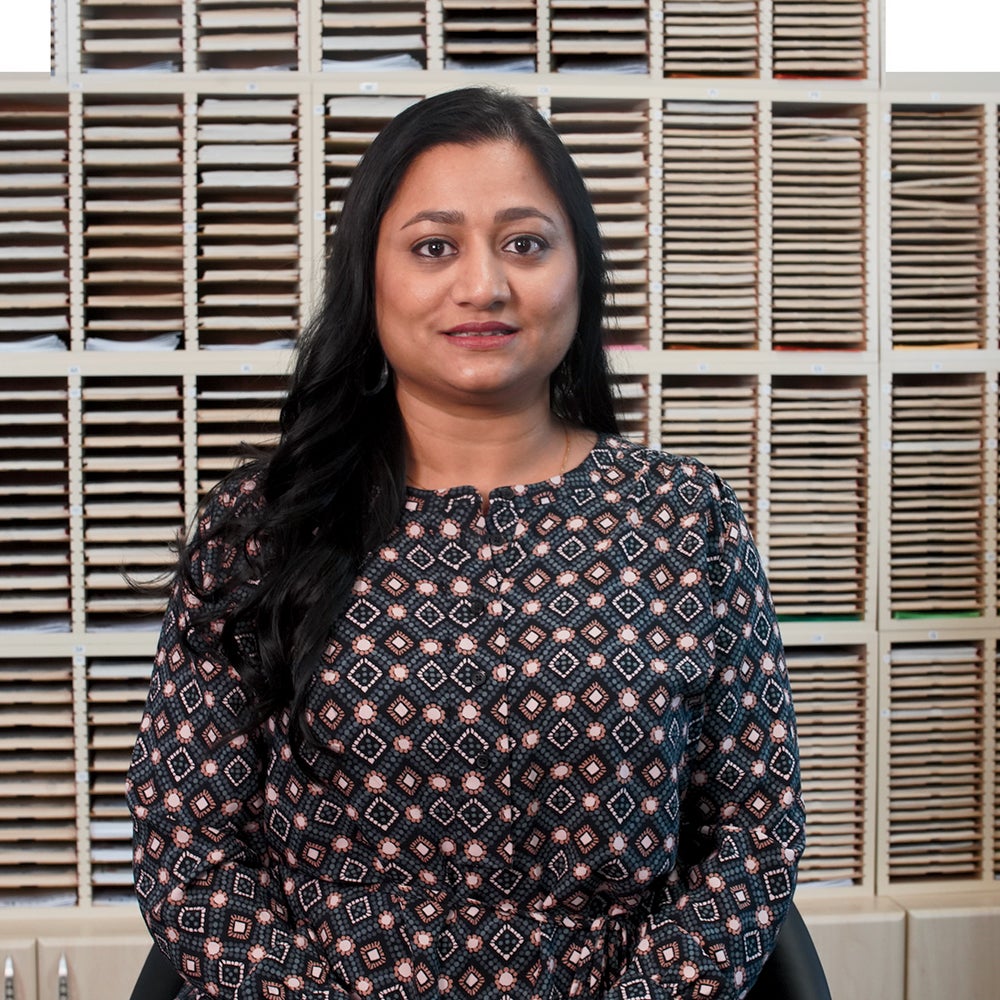 Meghana Patel was scheduled to open her first Kumon learning center on April 15 in Valdosta, Ga. But when statewide shelter-in-place orders made it clear that she would not be able to open the doors to her new after-school destination as scheduled, Patel considered hitting pause on the whole operation — until she heard from her would-be customers.

“Parents we had spoken to were panicking, and had expressed interest in maintaining some kind of schedule for their kids,” she says. “So we decided to open up early, on April 1, to help those families.”

Lessons at Kumon — which focus on math and reading for students ages 3 to 18 — quickly shifted to the digital realm as the crisis spread across the country, and Patel, who’d just completed her initial training with the company, found herself seeking support once again.

Related: Why Every Franchise Should Pivot Right Now

“I was nervous; you know, I had never used Zoom before,” Patel says with a laugh. “So to have the company there, ready to walk me through it every single day and have them lay out a plan to conduct lessons that way, really made me comfortable and confident.”

She is still participating in weekly digital training sessions hosted by the company, but as shelter-at-home orders have been lifted in Georgia, Patel is also starting to figure out what in-person classes may look like. “Kumon has sent us all the PPE and hand sanitizers we’ll need. We have a daily sanitation plan in place, and I’m limiting all in-person lessons to just two to five kids, no more,” she says.
But it won’t be business as usual for some time: “Some parents are comfortable coming in for lessons, others are not. But we’re in a position now to accommodate whatever way they and their kids want to learn.” 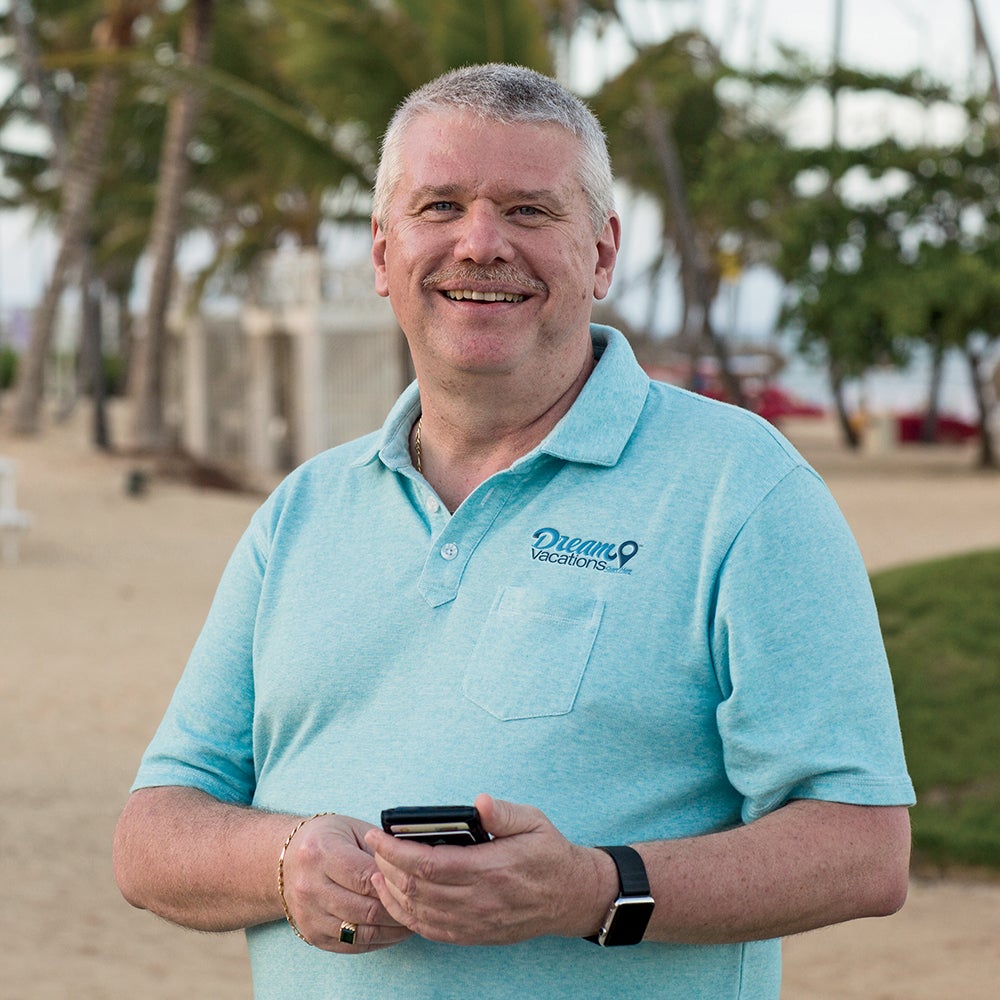 Crafting your pitch for the moment

Dream Vacations franchisee Mike Ziegenbalg sells travel — especially cruise bookings — for a living. That seems like a tall order now, when planes look scary and virus-filled ships were the subject of horror-show news stories. Despite all that, Ziegenbalg booked 32 people on a cruise while his customers were locked away at home…and he plans to book a lot more.

His secret: It starts with a foundation he laid seven years ago, when he started a “travel club” in his community. It’s a regular gathering of people with wanderlust, who talk about travel and learn about new destinations. The club has 500 members — and when his home state of Georgia went into lockdown, he decided to keep the club going virtually. “My belief is people want to travel again and are ready,” he says. They need something to look forward to.

The missing piece, therefore, was trust: They needed the confidence that cruising was safe. So he focused on a small cruise in Egypt set for late 2021, and said he’d be going, too. (Translation: The size felt safe, the timing felt right, and his presence means he stands behind his sales pitch.) It worked, and he learned an important lesson: “Don’t just wait for them to call or come to you,” he says. “Clear your mind and come up with new ideas and solutions.”

Why Creativity is Key For The Post-Crisis Rebuild

Keep These 7 Strategies in Mind as You Reopen Your Business

Covid-19 Didn't Kill Your Business. You Did.

Overlooked Ways for Local Businesses to Boost Sales During the Crisis