With fewer resources, more uncertainty, and more and more competition, growth will become even more critical in the post COVID-19 world.

By Nader Sabry June 30, 2020
Opinions expressed by Entrepreneur contributors are their own.
You're reading Entrepreneur Middle East, an international franchise of Entrepreneur Media.

Are you feeling numb, disoriented, or even very uncertain about what is about to happen? You are not alone, because you are asking yourself pretty much the same question as every other entrepreneur on the planet. However, I am a big believer that entrepreneurs can find solutions to the most concerning world issues, and lead with grace, prominence, and compassion.

The amazing thing is that we are in the midst of the single largest prosperity creation machine of our time. It doesn't seem like it from where we stand right now, but if you recall the global financial crisis of 2008, the dot-bomb crash of 2001, and the oil crash of 1991, we made it. Yet, this by far isn't the same thing. But again, by no means is the COVID19 crisis the end of the world; instead, it is truly game-changing, and that is precisely why it is such a big opportunity. It might feel painful now, but it will not be forever as it will shift and dramatically change everything.

The growth dilemma and the future

At the beginning of every year, quarter, month, and even week, all leaders, managers, and entrepreneurs face what I call the "growth dilemma." 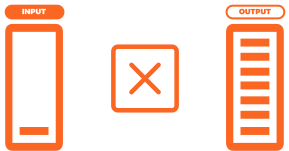 It is when their substantial goals, backed by immense ambitions, do not match the resources they have to make it possible. This is how performance culture is hard-coded into using vanity metrics, fancy illusive ideas as a diversion, and just pure lousy performance. Almost always, the challenge with this is that we don't have the resources, tools, people, and even the capabilities on hand to hit those performance targets. So, we wing it, and by chance, you might hit it on a one-off time, but you can't keep it consistent, so it only works for so long. The big issue with that is that our substantial goals and our lack of resources create a big gap for us to bridge. That gap is the growth dilemma.

In bridging this dilemma, we become growth hackers. However, most of us have not been trained for the task, have no resources, not even the mindset of a growth hacker. My book Ready, Set, Growth Hack is a blueprint for solving precisely that. And, having worked with hundreds of CEOs, entrepreneurs, and government leaders over the last 25 years, I have found three types of growth hackers:

1. Ready to rock'n'roll people Those who think that now is the time to channel that energy to solving that big growth dilemma.
2. Mastering the universe people Those who harness, embrace and build an entirely new superpower.
3. Not my area people Those who find someone else to resolve it for them and wait to see where they get.

No matter where you might stand on this, you're destined to hit a growth hurdle and will have to overcome it whether you like it or not. By embracing growth hacking, you can achieve those exponential growth targets. It is not an impossibile dream, but a reality to be achieved every single day.

Growth in the context of a post-COVID19 economy

The reality is that in the post-COVID-19 economy, we will be facing an even massive growth dilemma. With fewer resources, more uncertainty, and more and more competition, growth will become even more critical. Oddly enough, growth will now take a center stage, which might sound pretty obvious, but has been neglected due to too many theories, lack of focus and merely enough wiggle room to allow poor performance to continue.

It's time to get creative- incremental ideas will not sustain anymore. Big, bold, and even outright game-changing ideas will become a norm, not a rare commodity anymore. As this shift takes place,it will be governed by dramatically game-shifting new rules. The pressure is on, and for those running small businesses, it is a matter of do or die.

Even some of the biggest corporations have been hit. For the sake of an example, here are a few coronavirus bankruptcies: Gold's Gym, Hertz, JCPenney, J.Crew Group, Neiman Marcus, Tuesday Morning, and many more to come, so this will shake-up the world's economy. However, we will also witness some positive results that will come out of this, but it will take some time, anywhere from 18-24 months from now. Those more encouraging outcomes might be room for new players, more optimized offerings, focused value offerings, low-cost propositions, more digitized delivery methods, home-based consumption, and new creative remote living.

Related: Recession-Proof Marketing: Five Tips For Your Business To Ride The Tsunami Caused By The COVID-19 Crisis

Hacking growth in a post-COVID19 economy

Now, we have established that we are entering a whole new world, and the best entrepreneurs must turn off the noise and see the world for what it is- this is when they strike those big, game-changing ideas. The following are five ways for startups to start growth hacking preparations of the post-COVID19 economy.

1. Asymmetrical warfare This is about the small guy winning by using underdog strategies. This isn't new, it's as old as warfare itself. There are two factors when a small guy enters an asymmetrical position. First is your opponent(s), and the second is the situation itself. In normal conditions, it would most likely be purely opponent-to-opponent point combat, but in unusual circumstances like now, you will have both factors at play. This is where we are right now.

The opportunity: Their guard is down, and chaos brings new advantages
Hacking growth: Using situations to level out opponents, and visa versa to create favorable outcomes

2. Mastering the challenge There is no smooth ride right now. The good news is that this applies to you as much as to everyone else, but the secret is that the field has been leveled, although many don't see it yet or enough. With the fall of more significant players, ever-shifting consumption patterns, and outright new forms of competition, the challenge is on, and it's all good. This is where we are right now.

The opportunity:  The field has been leveled for you
Hacking growth: Find a niche with a significant pain, and bring more value to it than anyone else. Act fast.

3. Embracing the pivot Resilience is the name of the game. Even in a typical situation, failure is inevitable and it is a way how things will shape you into success. But there are two outcomes: (i) you either fall and don't get up, which is what the majority of people does, or (ii) you have the resilience to get up quickly, try again, and do not stop until you crush it. This is where we are right now.

The opportunity: Most don't have much to lose at this point
Hacking growth: Mindset shift from being risk averse to taking very bold steps that most are too scared to take right now.

4. Supercharging technology Technology has taken the center stage, but don't let it throw you off. It is all about utility and value. Without the utility and value that is achieved by using technology, it won't help you. Hit that equilibrium of utility and value, then overlay it with a sudden surge in adoption due to this pandemic. The result is a dramatic drop in the cost of adoption. This is where we are right now.

The opportunity: Lower acquisition cost, higher lifetime value, high adoption rates
Hacking growth: Hook them now, before you lose their attention, it's time to immerse your consumers into your works and deep.

5. Collaboration is the new normal Competition is obsolete. Yes, you heard that right. The issue is that we have always been conditioned to be competitive, and even wors, to take it at any cost. That isn't going to work anymore. People and organizations will become more resourceful and combine their efforts with others to share favorable outcomes they would have otherwise not achieved on their own. This is where we are right now.

The opportunity: Make new friends
Hacking growth: Access the resources and tools you were not able to tap into before, but ensure it's a balanced equation where everyone wins.

What is growth hacking?

The biggest testament to growth hacking is the success of unicorns as this is their secret weapon. This is when a small never heard about startup company disrupts a space dominated and controlled by big players and significantly shifts everything. Those new rules are defined and pushed by growth hackers who leverage that for their own gains.

Although we get caught-up on tech, without the right mindset and process to drive it, then culture and strategy cannot form a direction, let alone align the right talent and technology to grow.

This is defined by a growth hacking mindset that endorses a culture of being lean, quick, and very tech-oriented. Although tech plays a significant part, this doesn't mean you have to be a tech business, as many past cases have proven that even traditional business models can tap into growth hacking, including companies like McDonald's.

A massive economic reboot is taking place. The scary part is that many experts don't even see it, let alone are able to explain it to everyday people. That is where a massive surprise will come for many. The essence of this is going back to basics. What I like to call it though is "forward to basics." Forward to basic is essential - it is about focusing on basics but using technology and existing advanced infrastructure to supercharge our ability to use those basics in (1) a fast and more focused way, (2) in a more optimized manner, (3) with a lower entry cost, (4) at a leaning operating cost, and (5) with wider reaching capabilities.

Moving forward, there will be a big focus on tech, a significant shift in culture, and massive uncertainty. The combination of these three things will enforce his economic reboot.

Therefore, it is time for "forward to basics", so use those five growth hacking opportunities to supercharge your startup.

Nader Sabry is a strategist, innovator, and entrepreneur in NASA space tech, government, and health and wellness. He has raised US$20 million directly and more than $100 million indirectly for startups and is a bestselling author of Ready, Set, Growth Hack: A Beginner's Guide To Growth Hacking Success, a growth blueprint for organizations to achieve 10x growth.

What a Successful Transition to Permanent Remote Work Looks Like