The company said it will deploy the fresh capital to accelerate international expansion, particularly in Australia and New Zealand and to further its innovation and safety efforts

Neuron Mobility, electric scooter rental operator, announced on Wednesday that it has extended its Series A funding round with USD 12 million.

Founded in 2016 by Zachary Wang and Harry Yu, Neuron Mobility is electric scooter operator and micromobility technology developer in Asia Pacific. The company manufactures the scooters in-house that are power-packed with features like interchangeable batteries for greener operations, voice guidance and helmet lock for rider’s safety and an emergency button, among other features. 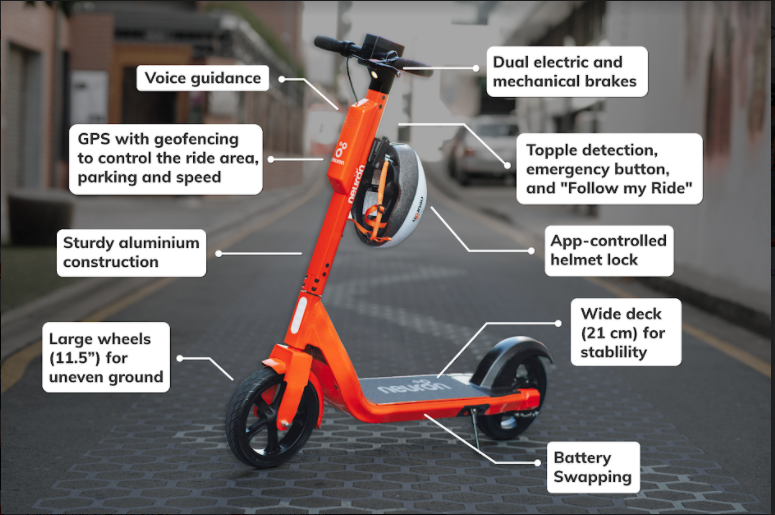 Since the last funding round in December 2019, Neuron claims to have launched in eight cities in Australia and New Zealand and has announced its entry into the UK market. The company currently operates its e-scooter services in Brisbane, Adelaide, Port Adelaide Enfield, West Torrens, Charles Sturt, Canberra, Darwin, Townsville and Auckland.

“Cities are increasingly open to micromobility—in the last two weeks we have opened in Canberra and Townsville in Australia and have announced our first location in the UK. The time is right to export our knowhow to new cities across the globe,” said co-founder and CEO Wang.

Neuron Mobility is operating a fleet of 4,000 e-scooters and its 400,000 Australian and New Zealand riders have completed close to 2 million trips and 4 million kilometers of city travel.

Commenting on Neuron Mobility’s product, Square Peg’s Partner, Tushar Roy said “Neuron’s DNA is innovation and collaboration. The company continues to create new technology solutions to address the transport challenges of individual cities, and they work closely with councils to implement them in a way that drives better outcomes for the public. This approach has seen Neuron introduce a number of world-firsts, cementing them as an industry leader.”

The company said it will deploy the fresh capital to accelerate international expansion, particularly in Australia and New Zealand and to further its innovation and safety efforts.