Decentralized Technologies In Sectors Of the Real Economy

Despite the fact that blockchain is only one type of distributed registry technology, it played a key role in the popularization and development of DLT

By David Smith December 5, 2020
Opinions expressed by Entrepreneur contributors are their own.
You're reading Entrepreneur Asia Pacific, an international franchise of Entrepreneur Media.

Eleven years ago, blockchain technology appeared in the world, and its first application was cryptocurrencies. Despite the fact that blockchain is only one type of distributed registry technology, it played a key role in the popularization and development of distributed ledger technology (DLT) in all subsequent years.

DLT is an electronic database system spread across multiple network nodes or devices. This system does not have a single control center, but all its nodes are interconnected and interact with each other.

The decentralized functioning of such a network is ensured by a node consensus mechanism. For any changes, the consent of most of the nodes within the same network is required, and each update of information is protected by a unique cryptographic signature, which ensures a high level of security and at the same time transparency.

Of course, many people saw great potential in the application of decentralized technologies. After all, they made it possible to build independent public and private networks uncontrolled from the outside to perform a number of tasks. As time has shown, the potential of decentralized networks is perfectly applied in the financial industry.

Blockchain-based cryptocurrencies are actively developing and used by millions of users around the world because they solve a number of problems that are inaccessible to traditional finance. The public appreciated the opportunity to carry out financial transactions that are not controlled by the state or any other institutions. Today, decentralized finance is a full-fledged alternative to banks, offering the same capabilities but much cheaper. And the capitalization of the cryptocurrency market reaches almost $500 billion.

Of course, such an "alternative economy", which is developing much faster than traditional financial institutions, seriously scared politicians. Countries that understand the impact and potential of cryptocurrencies can no longer ignore this issue. However, the reaction of many countries to decentralized assets is very radical—from restrictions on purchases to a complete ban on cryptocurrencies in a country with criminal liability for violators. But there are also countries whose governments are working to create legislation for operations with cryptocurrency.

Alternative use of decentralization

But cryptocurrencies are not the only scenario for the successful use of blockchain. The main areas of application for decentralized technologies include:

Voting: Decentralization can ensure that voting is transparent, confidential, and fair, the results of which are almost impossible to falsify.

Healthcare: A decentralized open registry can provide storage of patient information and constant access to it for doctors from around the world. As well as tracking drug supply chains in the fight against counterfeit products.

Logistics: The creation of a decentralized network will ensure the efficiency and transparency of the supply chain of products, parcels, and goods, which will significantly complicate the activities of fraudsters.

Decentralized technologies can be used in the sectors of oil production, manufacturing, agriculture and even the military industry. However, today we will talk about another promising direction—telecommunications—in which the use of decentralized technologies shows significant results. And let's talk about the specialists who have achieved great results in the implementation of the idea of creating communication services on the blockchain.

Telecommunications on the blockchain?

VoIP became the fastest growing market in the 2000s, according to Ibisworld Research. In the 2010s, the growth continued to go at a rapid pace, although slowed down a little. According to Zion Research, the global VoIP market will grow from $83 billion to $140 billion from 2015 to 2021. The popularity of IP telephony is attributed to the rapid development of wireless network infrastructure and its availability, as well as the globalization of businesses, including small and medium enterprises, whose divisions are often located in different regions of the world. According to various estimates, IP-telephony allows reducing the companies’ communication costs by 30-75 per cent. 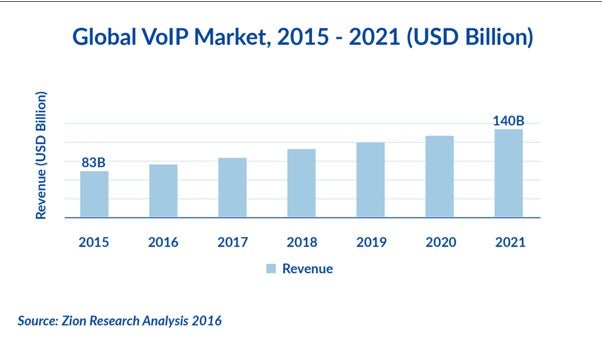 Roman Nekrasov, an information systems specialist from Russia, has been working with virtual PBX operators since 2013. Starting as an ordinary engineer, then as the head of the engineering department at the telecommunication company, he was responsible for the administration of VOIP systems and the entire network infrastructure, while also heading the technical support department for Internet telephony and related services. 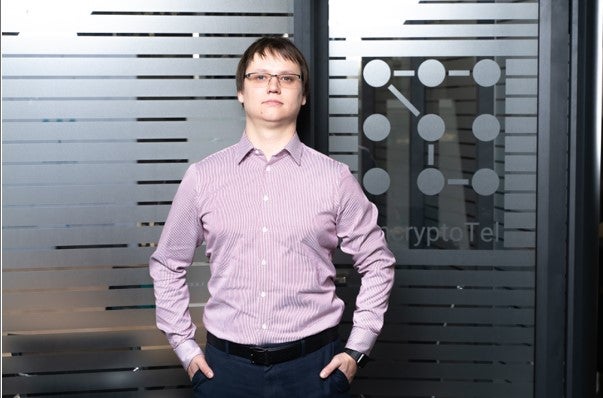 While working as a senior VoIP engineer at a telecom company, Nekrasov, like many other IT specialists in the world, became interested in the new distributed ledger technology. He actively communicated with developers of distributed systems, followed the Ethereum development and, of course, dived deep into the world of blockchain and Bitcoin. He was also studying other promising technologies, while getting certificates from such tech companies as CISCO and Microsoft.

A year before his graduation, Nekrasov decided to work with blockchain technologies in practice and joined the Waves Platform development team. This is an open-source platform that became one of the ICO-projects that not only survived the fall of the crypto market in 2018-2019 but also increased the market capitalization up to $340 million. But Nekrasov did not stay at Waves for long: he left the project to concentrate on implementing an idea jointly developed with his team—EncryptoTel. The virtual PBX EncryptoTel with services based on decentralized technologies aims to provide a high level of confidentiality, a wide range of services for both entrepreneurs and ordinary users, and an ability to analyze data and automate communications with customers. In the future, the ecosystem will also include the possibility of integrating the business document flow. Subsequently, Roman took the position of CEO at EncryptoTel.

In 2018, Roman Nekrasov, together with businessman Igor Bityutskikh, and in partnership with several other private investors, established the ENCRY Foundation holding, which by 2020 combines several areas: telecommunications (virtual PBX EncryptoTel), distributed data storage and mining (data centers), and research activities. Andrey Chmora, a cryptography specialist, joined the ENCRY Foundation team in 2018. Under his leadership, the R&D department of the holding offers original solutions based on decentralized ledger technology, as an alternative to the centralized public key infrastructure (PKI). Decentralized architecture reduces risks of information corruption or deletion..

The potential use-cases include but are not limited to lending, tenders and competitive bidding, digital notaries, electronic voting. The advantage of this solution is that no information that could be used for impersonation purposes is disclosed during the implementation of the protocol. This technology is in the process of confirming the status of an international patent. In the following years, the team has also created several more technologies that are at various stages of patent pending. All developments were tested on the ENCRY Core blockchain platform, which was specially designed for this purpose.

In parallel with his research activities, Nekrasov continued to develop a telecommunications project - a virtual PBX with an increased level of confidentiality. In two years, EncryptoTel has progressed from an idea to commercial implementation. The team developed the desktop and mobile versions of the Virtual PBX, expanded the platform functionality, opened the sales offices in Russia and started to work on the expansion to the European markets.

In addition to the telecom project and R&D, the ENCRY Foundation signed a strategic partnership with a company that has launched a data processing and industrial mining center under the brand LAZM in one of the federal special economic zones of Russia. The first line with 616 computing machines was launched in 2019. The target audience of the project are companies working with Big data and AI (Artificial Intelligence). The project passed the competitive selection of the expert council, which includes representatives of local authorities, the scientific community, industrial unions and the largest Russian banks and received the resident status in the special economic zone.

But the use of decentralized technologies is possible not only in the areas described above. In fact, it is almost a philosophy of working with information that can be applied to almost all areas of employment. And thousands of successful startups like ENCRY are proving a strong demand for blockchain applications in the real economy. Thus, we can expect that in the next 5-10 years, projects operating on the principles of decentralization will appear in all areas of our life.