Known as the authority on modern Eastern Mediterranean cooking, Rowe has been residing in Dubai since 2013, and today runs the restaurants, Nassau and Botanica, both located at Jumeirah Golf Estates.
Next Article

The next edition of Against All Odds, Entrepreneur Middle East Live’s series of conversations with enterprising women, will host Silvena Rowe, chef, television personality, and author, for an inspirational talk on enabling the greater representation of female chefs. Staged in partnership with du, the webinar will be held at 2:00pm (UAE time) on Thursday, March 18, 2021. To register and reserve your spot, please click here.

Known as the authority on modern Eastern Mediterranean cooking, Rowe has been residing in Dubai since 2013, and today runs the restaurants, Nassau and Al Botanica, both located at Jumeirah Golf Estates. With Turkish and Bulgarian origins, Rowe moved to London at a time when the UK was opening itself to new cuisines, and Rowe joined the food revolution by introducing Eastern Mediterranean tastes. 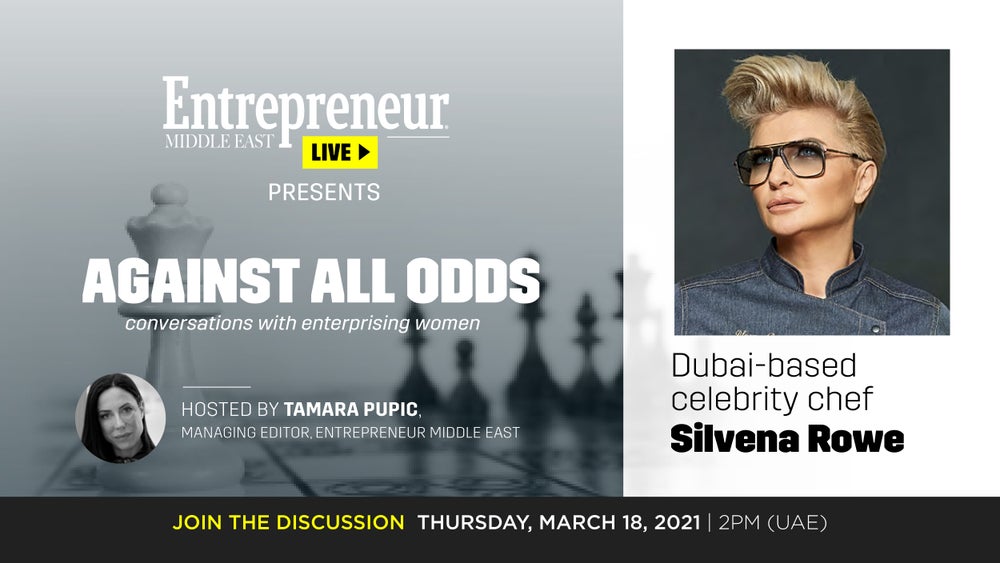 Rowe was one of the first advocates of the organic food movement in Dubai, known for sourcing produce from local organic farms across the region, and today, she specializes in the areas of bio-hacking and anti-aging by educating people on the right food choices, under the motto "Living Longer And Younger.” Rowe is also a judge for Bulgaria's version of Masterchef, a competitive cooking show that broadcasts in 60 countries around the world.

Rowe is vocal about the lack of female chefs on the global stage, with her hoping that the success of her restaurants and her signature hands-on work ethic will inspire more female representation in the food domain in Dubai and around the world. To learn more about Rowe's views on enabling the greater representation of female chefs, register and reserve your spot for this edition of Against All Odds by clicking here.

Webinar Invite: Meet The Winners Of UNESCO's International Contest Seeking Designs For The Rehabilitation Of The Historic Al-Nouri Complex in Mosul, Iraq

Webinar Invite: Joelle Mardinian To Share Her Secrets On Building An Authentic Personal Brand On Against All Odds On April 29, 2021