66% of women entrepreneurs find difficulty in obtaining funding, which is what led TiE to launch the TiE Women Global Pitch Competition to support female founders.

By Tamara Pupic March 21, 2021
Opinions expressed by Entrepreneur contributors are their own.
You're reading Entrepreneur Middle East, an international franchise of Entrepreneur Media.

Does anyone else feel like the world seems to be following the “enough is plenty” formula with regards to initiatives that promote and advance women’s entrepreneurship? The increasing number of support programs for female entrepreneurs is especially evident within the global startup economy, which, as Ashish Panjabi, President of the Dubai Chapter of The Indus Entrepreneurs (TiE), explains, creates nearly US$3 trillion in value, a figure that is on par with the GDP of a G7 economy. The next statistic he shares -that the ratio of male entrepreneurs to female entrepreneurs has increased in 2019 to 10:7- signals that the encouragement of women’s economic empowerment does lead to some progress in attaining gender parity in the business world. However, Panjabi echoes a sentiment that perception and reality are often quite different, and adds that the TiE Dubai team do not find the 10:7 ratio satisfying, especially in the MENA region where, he adds, the real picture is even further from ideal.

Panjabi points toward a 2019 report by Arabnet and Dubai SME which found that out of 1,423 regional investments in startups across the MENA region, only 14% of deals were with startups founded by women. “Typically, the barriers that prevent women from running their own business range from the lack of access to funding, limited access to information or support, and the lack of confidence in being able to balance work and home responsibilities,” he notes. “In the MENA region, women play a huge role in maintaining the household. Additionally, the lack of available mentors or advisors, or not knowing where to find the right support, hampers the growth of businesses led by women. Women-led businesses are among the leading ventures that lack financial support. It is also common for women to be denied loans because of gender and cultural bias.” Such insights, coupled with global findings like Visa’s second annual State of Female Entrepreneurship report stating that 66% of women entrepreneurs find difficulty in obtaining funding, is what Panjabi says led TiE to launch the TiE Women Global Pitch Competition to support female founders.

Founded in 1992 in Silicon Valley, TiE currently has 15,000 members, including over 2,500 charter members in 61 chapters across 14 countries, who support its mission to foster entrepreneurship globally through mentoring, networking, education, incubating, and funding. Since 2003, the TiE Dubai chapter has been providing assistance and guidance to a community of more than 3,000 entrepreneurs through TiE Women, The Young Entrepreneur, Tie Hustle, and TiE Mentorship. “TiE Dubai has also gone the extra mile to be a more inclusive member of the community,” Panjabi says. “Whilst most members and businesses were typically tech-driven, we are today running events or mentoring a wide range of businesses that represent the landscape of the entrepreneurial ecosystem in the UAE.” 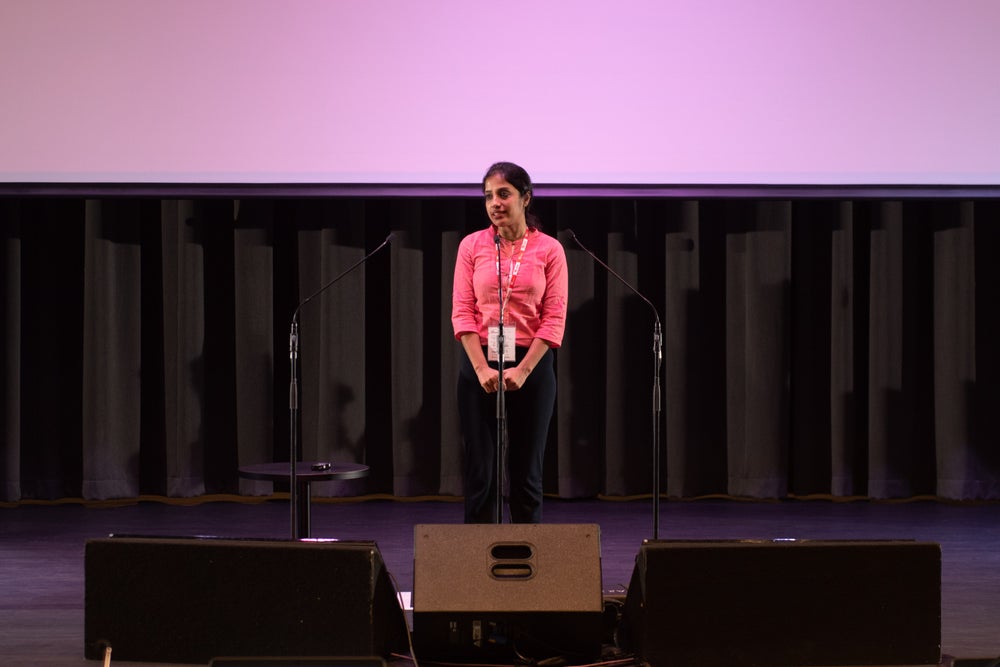 The TiE Women competition was run through the course of 2020, with its global finale staged by TiE Dubai in January this year. The contest received over 2,000 pitch applications, and 26 chapter finalists were selected from around the world. The jury comprising of Ingie Chalhoub, President and Managing Director, Etoile Group, Majed Al Suwaidi, Managing Director, Dubai Media City, Dubai Studio City, and Dubai Production City, Zanubia Shams, Co-Chairperson, Zulekha Healthcare Group, and Bollywood actor Vivek Oberoi, awarded the first prize of $100,000 to Inochi Care, a medtech startup from TiE Kolkata that developed a device for multi-therapeutic wound healing. Its co-founder Shivani Gupta noted how being a female entrepreneur is also quite different from how the public often perceives it. “The public gets to see the outside picture and social media posts, which are all good and fair, but they don’t see what it takes to have that one victory. It’s not one day or one week’s work, it’s the work over months on end, dealing with challenges, troubleshooting the issues on a daily basis.”

Gupta also adds that although that the increasing support to female entrepreneurs is evident through, for instance, some of today’s funds investing primarily in companies with a female-majority team, there is still “a long way to go to get rid of the mindset barriers regarding female entrepreneurs being able to balance professional and personal commitments and trusting in their long-term professional commitment.” How does she deal with it? Gupta replies that it’s a matter of just following the lessons entrepreneurship teaches anyone, irrespective of gender- i.e. there is no substitute for consistent hard work, that entrepreneurs should not hesitate to ask for help when needed, and that a strong and reliable team is the pillar to any organization. 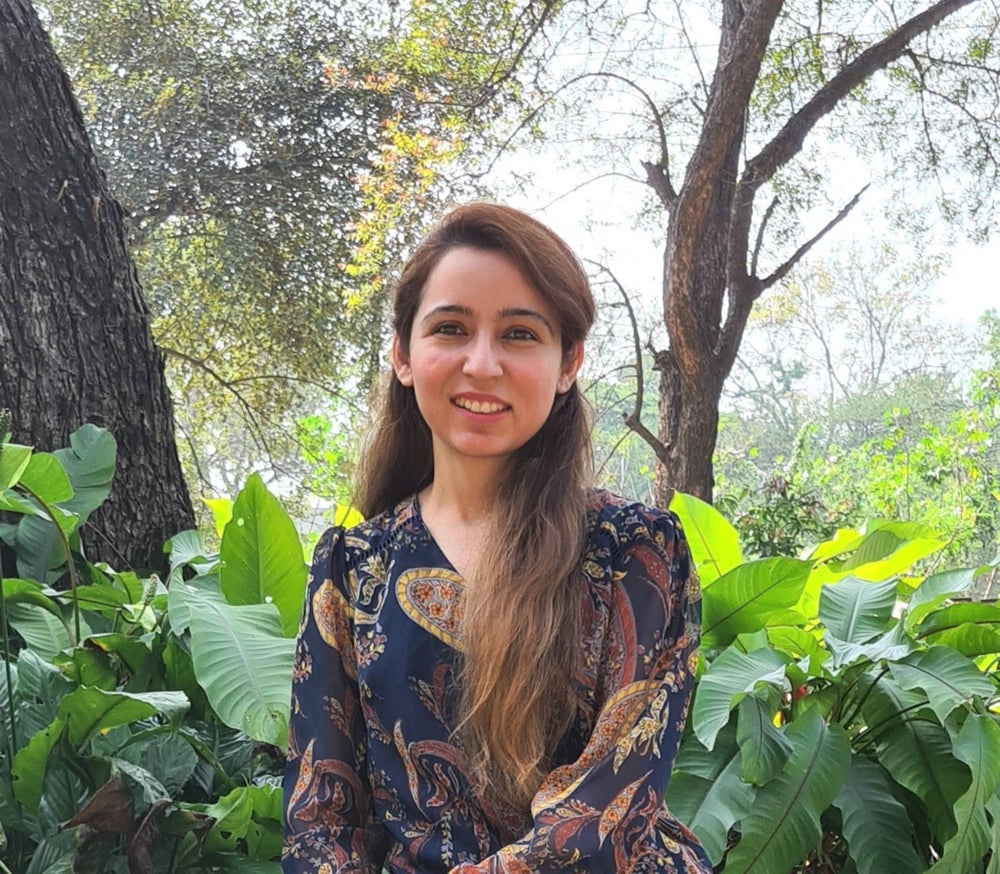 When it comes to pieces of advice, Dr. Parul Ganju, the winner of the TiE Women Global Competition’s second prize, including a cash infusion of $25,000, also shared a few. As the co-founder of Ahammune Biosciences Private Limited, Dr. Ganju’s main insights into how to win the entrepreneurial game could be summed up to purpose, passion, and perseverance. A member of TiE Pune, Dr Ganju and her team are aiming to redefine the dermatological therapeutics market by carrying out discovery-oriented innovative research in order to provide new therapies for skin diseases. Her entrepreneurial journey has been a rollercoaster ride that, she observes, is unlike how it might come across on social media.

“People assume that entrepreneurship guarantees a lot of freedom,” Dr. Ganju says. “While it’s true that it’s not a 9-to-5 job, and there indeed is a sense of independence in entrepreneurship, it actually requires a lot of discipline. It really is a lifestyle that one has to imbibe 24x7. It comes with both responsibility and a lot of pressure. One has to stay self-motivated.”

Regarding the question of what else needs to be done to equalize the ratio of male entrepreneurs to female entrepreneurs, Dr. Ganju reverts to the problem of limited access to funding for women-led startups. “The data currently available speaks for itself, because it does take more effort for a woman to convince an investor to put the money into her business, and to assure them of her dedication to the business,” she says. “This mainly has got to do with the associated social expectations from a woman, as the primary contributor to household responsibilities and caregiver for the family. This makes some investors skeptical as they feel that demands from personal and professional commitments can pressurize a woman to abandon her business. However, with big conglomerates now appointing women in leading management roles, I think things are moving in a positive direction. More and more people are now ready to look up to women in diverse roles.”

Related: How Women-Led Startups Can Get Past The Challenges Of Being In A Male-Dominated Technology Ecosystem 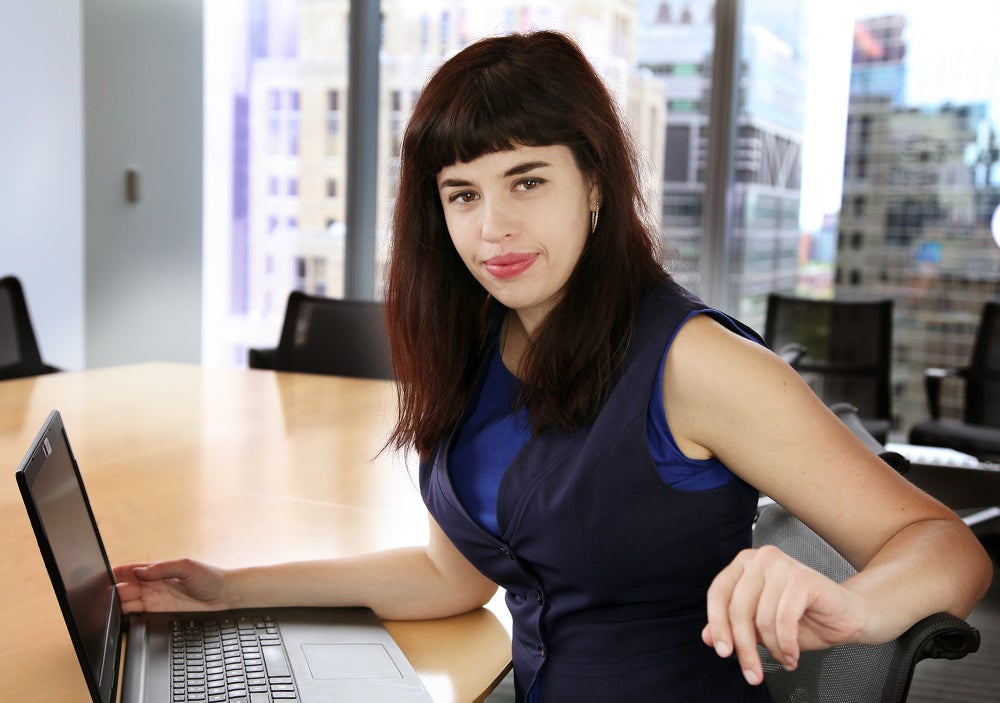 The third winner of the TiE Women Global Competition, was Natalia Mykhaylova, founder and CEO of New York-based WeavAir. Having spent a decade in the healthcare sector, Mykhaylova discovered strong links between air pollution and health outcomes of patients with lung transplant, asthma, and allergies. Today, this insight is embodied into WeavAir’s proactive end-to-end software and hardware solutions for air distribution systems that prevent the spread of air contamination and infection, while saving energy and reducing operational and maintenance costs. Mykhaylova advises female entrepreneurs not to be afraid to think big with their ventures and to take risks, because “building a billion-dollar annual revenue company is just as hard a building million dollar one.” She adds, “Secondly, don’t be afraid to contact people and ask for help, even if you think that there is a low probability of a response, because you might be surprised. Thirdly, be flexible and resilient, because there will be many challenges and barriers, but it’s important not to take them personally.”

Building a business has showed Mykhaylova that entrepreneurship is indeed “a lot less glamorous than it is portrayed in the media.” She adds, “I like to split my week 80:20, between doing day-to-day business activities and strategic long-term goals. A lot of my time is spent in calls with customers, suppliers, and partners, which is hard to balance with overseeing the development of the great technology we are working to bring to the market, so I have been working on ways to improve the balance. Problem-solving (both in business and technology) is a big part of every day and can be sometimes frustrating, but it is something I actually enjoy doing because nothing is more rewarding than finding a solution to a difficult problem. As a company, we are very collaborative, which we found really accelerates our business as we can get a lot more done with limited resources.”

She also agrees that not enough funding is available for businesses led by women, especially for bigger rounds; however, times are changing, she notes. “I think the way women present their business is often different from how men do it, and that sometimes causes some bias for the investors,” Mykhaylova says. “Once we have a more equal split of the businesses run by men and women, I think many of these bias will be eliminated, especially given that women are known to have many advantages in running companies, like greater empathy and more efficiency in using time and multitasking.” It seems perfect to end this feature with a note that times indeed are changing for women entreprenerus across the MENA region; however, we will not put a dot here but a comma in order to continue keeping an eye on the progress of initiatives such is TiE Women.

Related: Innovation For Impact: MENA Startups Are Taking On The Refugee Crisis