Tori Dunlap, the 26-year-old personal-finance educator who's taken social media by storm, says we have to change the way we talk about money.

From a young age, Tori Dunlap was familiar with personal finance. Her parents gave her a strong financial education, and as a 9-year-old, she even started her own vending-machine business. Eventually, she passed that business on to another little girl named Tori. It was a sign of things to come: Today, Dunlap’s advocacy of financial feminism goes hand in hand with her revolutionary, wildly popular coaching business, which helps women all over the world take control of their financial futures. 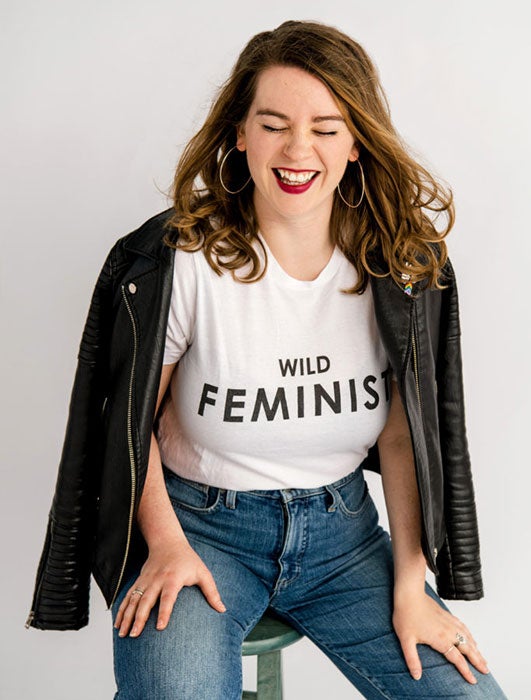 It all began when Dunlap learned that her financial education wasn’t the norm; some people she met had never been taught the basics. “As I was having these conversations with friends, I started realizing that this financial education I had was a privilege,” Dunlap says. “I realized I had a responsibility to pass that information on, and in doing research and then hearing more, I realized that we don't have any sort of equality for any marginalized group, especially women, until we have financial equality.”

“Your best form of protest against an unjust, inequitable society and system is a financial education”

When Dunlap graduated from the University of Portland in 2016, she thought the U.S. was only months away from a landmark election — one that would put a woman in the White House for the first time in the country’s 240-year history. “As a 22-year-old, I expected to be in my twenties in an America with our first female president,” Dunlap says. “Of course, as we all know, that’s not what happened.”

The world wasn’t as she’d expected post-graduation, but Dunlap was ready to meet the challenge. Armed with a social-media marketing background and a theater degree that made her “super comfortable with rejection,” she launched the blog that would become Her First $100K — chronicling her journey to saving $100,000 by the age of 25. Dunlap succeeded, and three weeks after an appearance on Good Morning America, she quit her nine-to-five to pursue entrepreneurship full-time.

Recognizing that money equals power, and choices, and that marginalized groups without equal access to personal-finance resources are set up to fail, Dunlap strives to level the playing field and create a more just society in the process. “Whether you are a woman, a person of color, a member of the LGBTQ community or a disabled person, your best form of protest against an unjust, inequitable society and system is a financial education,” she says.

According to the Pew Research Center, the gender pay gap in the U.S. has remained largely unchanged over the past 15 years; in 2020, women earned 84 percent of what men earned, which means women would have to work for an additional 42 days to earn the equivalent. The difference for women of color is even greater. “Let’s talk about systemic oppression,” Dunlap says. “Let’s talk about the fact that women are going to make less and therefore have to manage their money differently than men.”

When it comes to talking to women about how to manage their money, Dunlap navigates the conversation from a place of understanding. “You have to give people a nonjudgmental space to learn about money from someone who isn’t shaming them for not knowing something, not telling them that the reason they’re not rich is because they don’t work hard enough,” she says. “Also, there are some people out there providing great financial education, but they assume that everyone knows what a stock is, or what the S&P 500 is. And when you start talking, especially to women, not only might they not know these things, but they’re also too embarrassed to ask.”

There can be serious financial consequences for women who are too embarrassed to ask the right questions. “The number one reason, statistically, why women hold most of the debt in the United States is because they don't understand how a loan works,” Dunlap says. “No one's explained it to them. So women hold two-thirds of the student debt in the United States, and it's been linked to that lack of education — not understanding payment periods, all of those sorts of things.”

Dunlap also points out that personal-finance education has a long history of lobbing undue criticisms at people who are just trying to learn. “Unfortunately, a lot of the personal-finance advice that became famous in the past was shaming and judgmental,” she says. “From people like Dave Ramsey, who are old, straight and white, and they don’t acknowledge that systemic oppression exists. I have so many folks who reach out to me saying, ‘Oh my God, finally, somebody who looks like me and talks like me is talking about this.’” 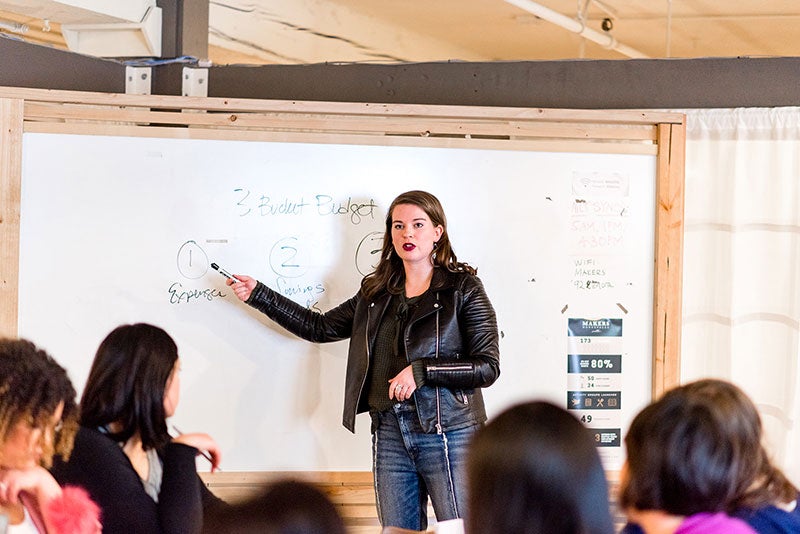 “It’s 2021, and I still get told that this isn’t my place, that money is not what I should talk about”

Dunlap has harnessed the power of social-media platforms, including TikTok and Instagram, to build her brand. She notes that the ideal content — or at least the content most likely to go viral — will accomplish three things simultaneously: It will be educational, aspirational and entertaining. With nearly 200,000 followers on Instagram and 1.5 million on TikTok, it’s safe to say that Dunlap has mastered the formula. Now, with an even broader audience, she freely shares her expertise on the controversial subject that’s so often ignored: money.

“I’m talking about a very taboo topic,” Dunlap says. “We’re more likely to talk about sex, religion, politics — anything before money. And that’s my whole mission: How do we make money more transparent? How do we get comfortable with being uncomfortable in having conversations about money? We have a lot of internalized psychological trauma and bullshit when it comes to money.”

Naturally, Dunlap’s willingness to openly and unapologetically address these issues draws a substantial share of criticism online. “The unique thing that I have to deal with — that unfortunately every woman entrepreneur has to deal with, especially online entrepreneurs — is a lot of hate every day,” she says. “I get told I’m fat and stupid and ugly and not deserving of a husband every day.”

“For a lot of men, especially, this has been their space,” Dunlap continues. “They’re the ones who were talking about the stock market. They’re the ones who were talking about wealth-building. It’s 2021, and I still get told that this isn’t my place, that money is not what I should talk about. But the really interesting thing is I get a lot of internalized misogyny from women, and I don’t blame them. It manifests in a comment like, ‘I don’t understand why you talk about your business all the time. It feels braggy.’ On the flip side, we have someone like Elon Musk who can say, ‘I sneezed today,’ and everybody’s like, ‘Oh my God.’”

Related: Why Finance Would Be Better Off With More Women Leaders

In just over a year and a half, Dunlap’s business went from being a solo project to having a team of eight, and her dedicated community of followers continues to grow by the day. Her business has already hit $1 million in revenue for 2021, and Dunlap’s used the momentum to expand into other exciting opportunities: Her book, Financial Feminist, is forthcoming from HarperCollins, and she hosts a popular podcast of the same name.

Dunlap enjoys surprising her audience with new projects. “The fun thing about being an entrepreneur is I almost feel like Beyonce, where I have to go away and build a bunch of things and then be like, ‘Hi, it's here,’” she laughs.

In everything she does, Dunlap’s passion for helping women secure financial freedom is clear. “This is my favorite thing to do,” she says. “I believe I was put on this earth to fight for women’s financial rights and give them actionable resources to better their money without feeling judged, without feeling shamed, and also acknowledging that you’re going to have certain barriers in the way that a straight, white, old man won’t.”

With so much accomplished in such a short amount of time, the possibilities are endless for Dunlap’s financial feminist movement — and she’s just getting started.

Amanda Breen is an editorial assistant at Entrepreneur.com. She is a graduate of Barnard College and recently completed the MFA in writing at Columbia University, where she was a news fellow for the School of the Arts during the 2020-2021 academic year.

How the 'Death' of Journalism Means More Accurate News

How Your Business Can Succeed With Social Media Marketing

Educational gaps? This event will bring together great world thinkers to reflect on the subject

Scam Alert: ‘Prove to Me You Are a Human and Not a Bot’