Is Moderna Headed for a Breakout?

A level of support and a resistance line have created an ascending triangle in the chart of Moderna, Inc. (MRNA). If the stock breaks through this res...

By Christian Tharp August 27, 2021
This story originally appeared on StockNews

A level of support and a resistance line have created an ascending triangle in the chart of Moderna, Inc. (MRNA). If the stock breaks through this resistance, a breakout is expected. Read more to learn how to take advantage of this trading opportunity.

Moderna, Inc. (MRNA) is a commercial-stage biotech company. The firm's mRNA technology was rapidly validated with its COVID-19 vaccine, which was authorized in the United States in December 2020. Moderna had 24 mRNA development programs as of early 2021, with 13 of these in clinical trials.

MRNAâs COVID-19 vaccine has demonstrated strong uptake in several countries where it received authorization for temporary use over the past few months. Management expects more than $19 billion in vaccine sales for 2021. In addition, it has advance purchase agreements in place with several countries for 2022 worth $20 billion.

These growth figures have led to a Growth Grade of B in our POWR Ratings system. In terms of valuation, the stock appears undervalued based on its forward P/E of 13.81. The stock was showing bullish momentum from April to early August, but performance has been mixed since, as you can see from the chart below.

Take a look at the 6-month chart of MRNA below with my added notations: 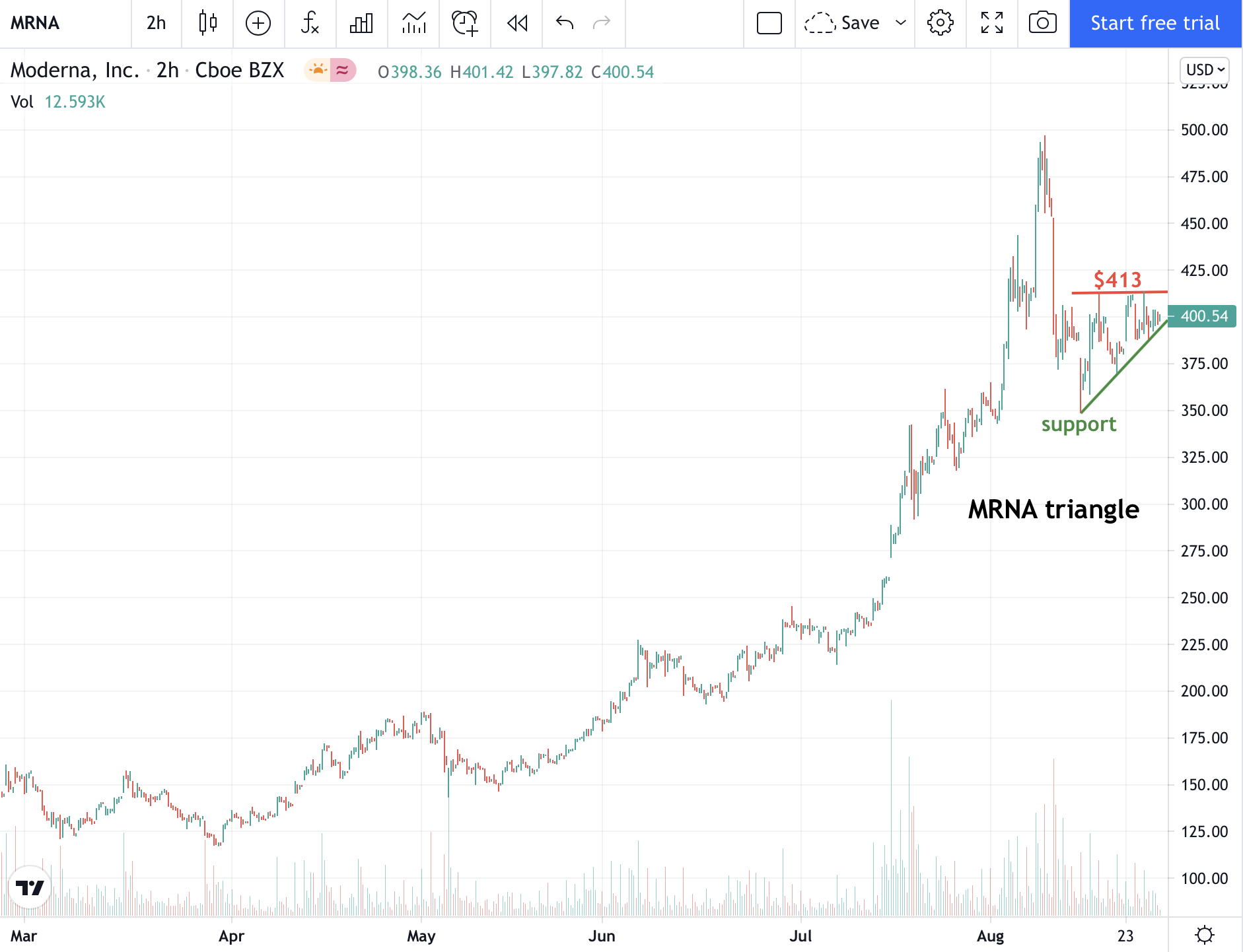 Chart of MRNA provided by TradingView

Over the past couple of weeks, MRNA has stalled at $413 resistance area (red) multiple times, while also forming a trend line of support (green). Together, these two lines have created an ascending triangle.

Eventually, MRNA will have to break either the $413 resistance or the triangle support. A long trade could be made on a break above $413. A break below the trendline would be an opportunity to enter a short trade.

The post Is Moderna Headed for a Breakout? appeared first on StockNews.com

What Will Q3 Earnings Season Show?

What Will Q3 Earnings Season Show?