Is Roku Headed for a Breakdown?

Roku Inc. (ROKU) looks to be forming a bearish chart pattern known as a double top. If the stock falls through its support line, a breakdown is expected. Read more...

By Christian Tharp October 5, 2021
This story originally appeared on StockNews

Roku Inc. (ROKU) looks to be forming a bearish chart pattern known as a double top. If the stock falls through its support line, a breakdown is expected. Read more to learn how to take advantage of this trade.

Roku Inc. (ROKU) is the leading streaming platform in the U.S. by hours watched with over 40 billion hours of content streamed in 2019. The firm's eponymous operating system is used not only in Roku's own hardware but in co-branded TVs and soundbars from manufacturers like TCL, Onn, and Hisense.

The company has benefited from increased average revenue per user and user engagement due to social distancing. In addition, The Roku Channel is seeing a surge in premium subscription signups. Plus, growth in streaming hours should boost TV streaming advertising on its platform.

As of the most recent quarter, ROKU had $2.1 billion in cash compared to only $7 million in short term debt. Plus, the stock has a debt-to-equity ratio of 0.2. This has led to a Quality Grade of B in our POWR Ratings system.

Over the past three years, sales have grown an average of 52.4% per year. Analysts expect revenue to soar 85.4% year over year in the current quarter. However, the stock looks overvalued with a forward P/E of 200. ROKU has also shown bearish momentum since the end of July as shown in the chart below.

Take a look at the 2-year chart of ROKU below with added notations: 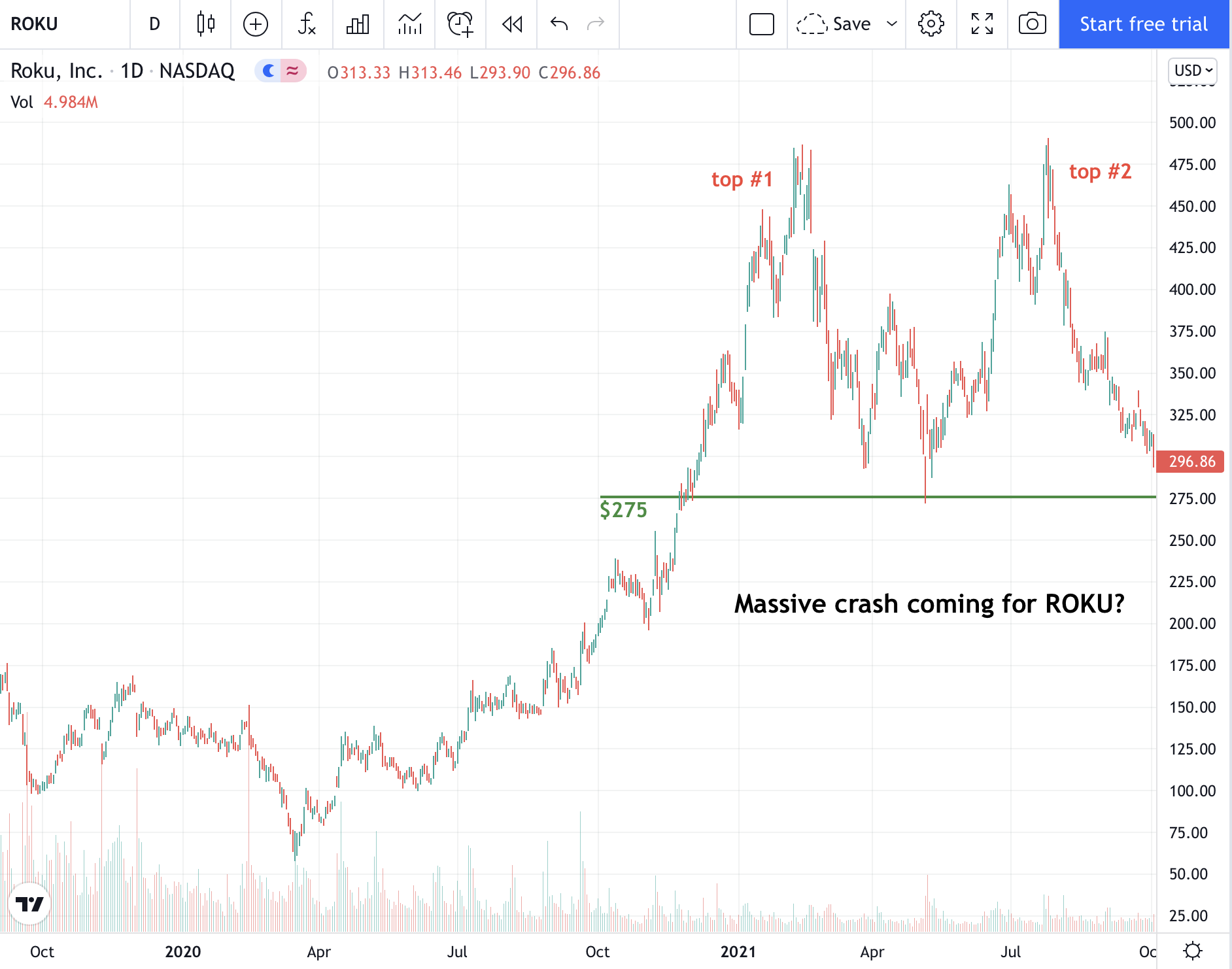 Chart of ROKU provided by TradingView

ROKU may be forming a bearish chart pattern known as a double top. Double tops are reversal patterns and are as simple as they sound: Rallying up to top #1, selling off to a support (green), and then rallying back up again to approximately the same top (#2).

As with any price pattern, a confirmation of the double top pattern is needed. ROKU would confirm its pattern by breaking the $275 support that was created.  A short trade could be made on a break below the $275 level.

The post Is Roku Headed for a Breakdown? appeared first on StockNews.com