Is a Breakout for Microsoft in the Charts?

A resistance line has formed in the chart of Microsoft Corp. (MSFT). The stock appears to be heading towards this level. If it breaks through, a breakout is expected to...

By Christian Tharp October 7, 2021
This story originally appeared on StockNews

A resistance line has formed in the chart of Microsoft Corp. (MSFT). The stock appears to be heading towards this level. If it breaks through, a breakout is expected to occur. Read more to learn how to profit from this trade.

Microsoft Corp. (MSFT) is known for its Windows operating systems and Office productivity suite. The firm dominates the PC software market with more than an 80% market share for operating systems. It also designs and sells PCs, tablets, gaming and entertainment consoles and its Azure cloud-based solutions provide customers with software and services.

The company’s Azure cloud solution has been benefiting from an acceleration in the global digital transformation. In addition, its Teams’ offering has grown due to a continuation of remote work and an adoption of the hybrid/flexible work model. Plus, the recovery in the job market has boosted LinkedIn revenues.

MSFT has a current ratio of 2.1, which indicates it has more than enough liquidity to handle short-term obligations. The company also has a low debt-to-equity ratio of 0.5. This has led to a Quality Grade of B in our POWR Ratings system. Earnings per share have grown an average of 49% per year over the past three years.

The stock appears a bit overvalued with a forward P/E ratio of 32.36. MSFT had been showing bullish momentum from June through the end of August. After negative performance in September, the stock has reversed course as shown in the chart below.

Take a look at the 1-year chart of MSFT below with added notations: 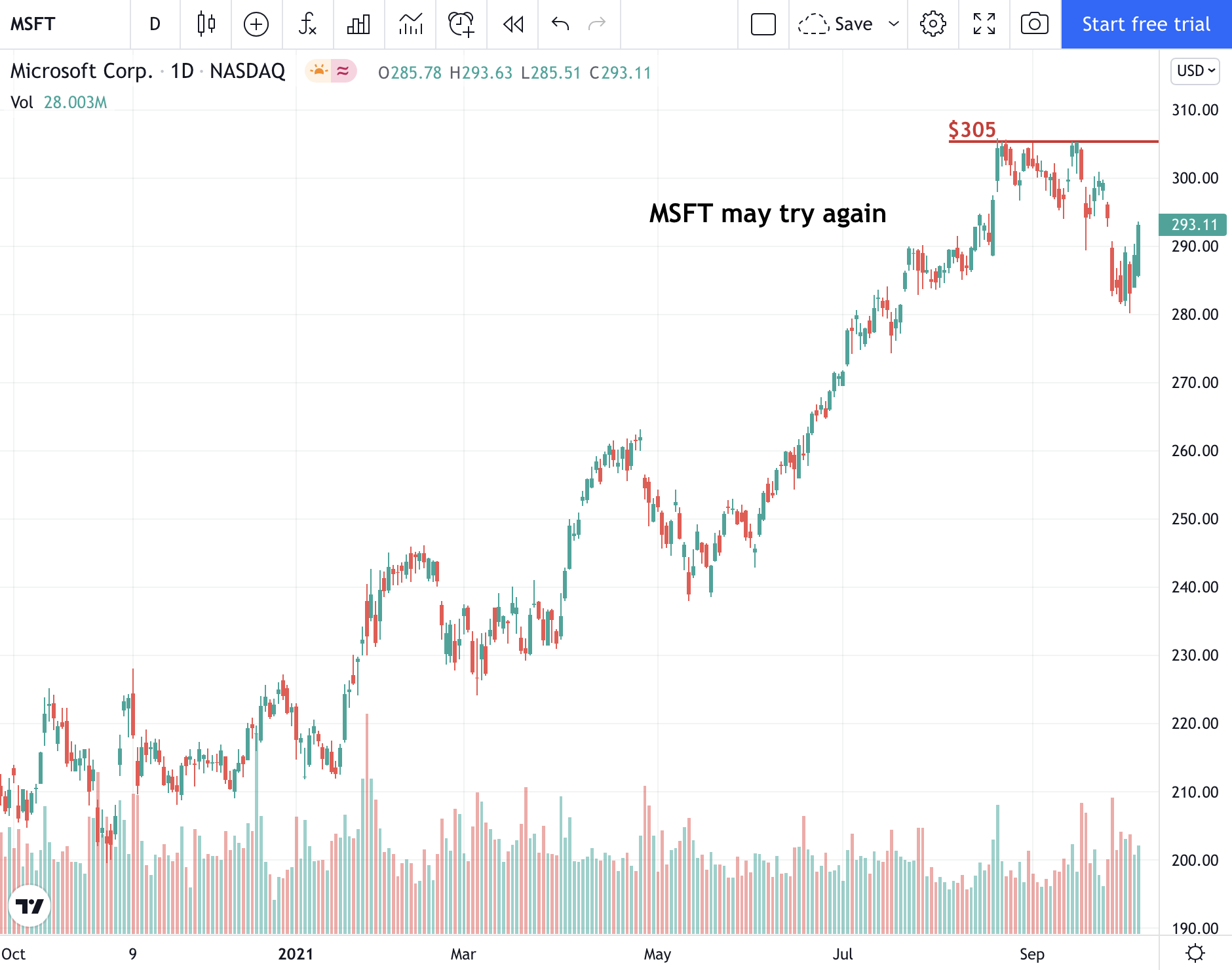 Chart of MSFT provided by TradingView

MSFT has been in a steady trend higher for most of the year and recently ran into trouble at the $305 level (red). That mark was tested as resistance multiple times before the stock finally gave up, along with the overall market decline. Now that MSFT, adn the market, has begun to rebound, it may be time for new highs in the coming weeks. The ideal long position in the stock would be on a breakout above the $305 level, with a protective stop placed below the entry point.

The post Is a Breakout for Microsoft in the Charts? appeared first on StockNews.com