Is Taiwan Semiconductor Setting Up for a Big Move?

Taiwan Semiconductor Manufacturing (TSM) has been trading in a sideways trading range since March, where it has formed a level of support and a level of resistance. At some point,...

By Christian Tharp November 2, 2021
This story originally appeared on StockNews

Taiwan Semiconductor Manufacturing (TSM) has been trading in a sideways trading range since March, where it has formed a level of support and a level of resistance. At some point, it will have to break either level. Read more to learn how to profit from this trade.

Taiwan Semiconductor Manufacturing Company (TSM) is the world's largest dedicated chip foundry, with over 58% market share. Many leading fabless chip makers -- including Qualcomm (QCOM) and Advanced Micro Devices (AMD) rely on TSM to manufacture their smallest and most powerful chips.

The company has been benefiting from a strong appetite for new chips. As the global chip shortage is expected to continue for some time, that appetite should continue to grow. In fact, the company recently stated that its capacity is expected to remain tight through next year due to this demand.

As of the end of September, the company had $30.6 billion in cash compared with $4.3 billion in short-term debt. In the most recent quarter, net income was up 14.8% year over year. Analysts expect earnings to jump 14.4% in the current quarter.

The stock looks a bit overvalued with a forward P/E of 24.21. TSM has shown mixed performance since early March, as shown in the chart below.

Take a look at the 1-year chart of TSM below with added notations: 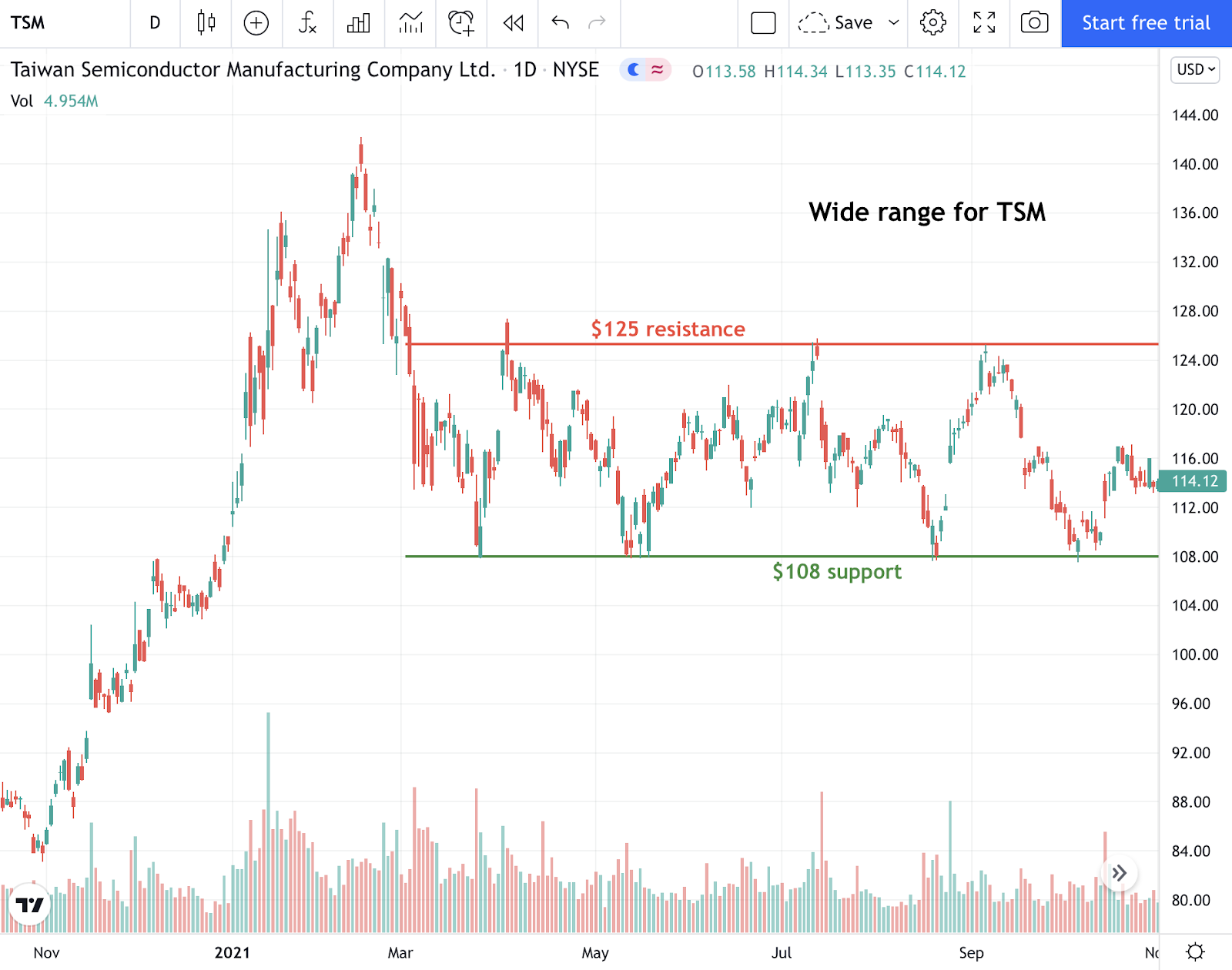 Chart of TSM provided by TradingView

TSM was rallying strongly into 2021, ultimately peaking in February. The stock then fell into a wide trading range between the $108 support (green) and a $125 resistance (red).

The post Is Taiwan Semiconductor Setting Up for a Big Move? appeared first on StockNews.com

Strength Seen in Rockwell Automation (ROK): Can Its 3.5% Jump Turn into More Strength?