SunRun Looks Like it Could be Setting up for a Breakout

A level of resistance has formed in the chart of Sunrun Inc. (RUN). The stock has hit this level a couple of times and is heading towards it again. If...

By Christian Tharp November 5, 2021
This story originally appeared on StockNews

A level of resistance has formed in the chart of Sunrun Inc. (RUN). The stock has hit this level a couple of times and is heading towards it again. If it breaks through, a breakout is expected. Read more to learn how to set up this trade.

As of the end of the third quarter, RUN has a current ratio of 1.88 indicating it has more than enough liquidity to handle short-term obligations. For the current quarter, analysts expect sales to rise 29.2% year over year, while earnings are expected to surge 98.7% year over year.

But the stock looks overvalued with a trailing P/E of 894 and a forward P/E of 294.12. RUN started the year with bearish momentum, but performance has turned positive since early October. This is evident in the chart below.

Take a look at the 1-year chart of RUN below with my added notations: 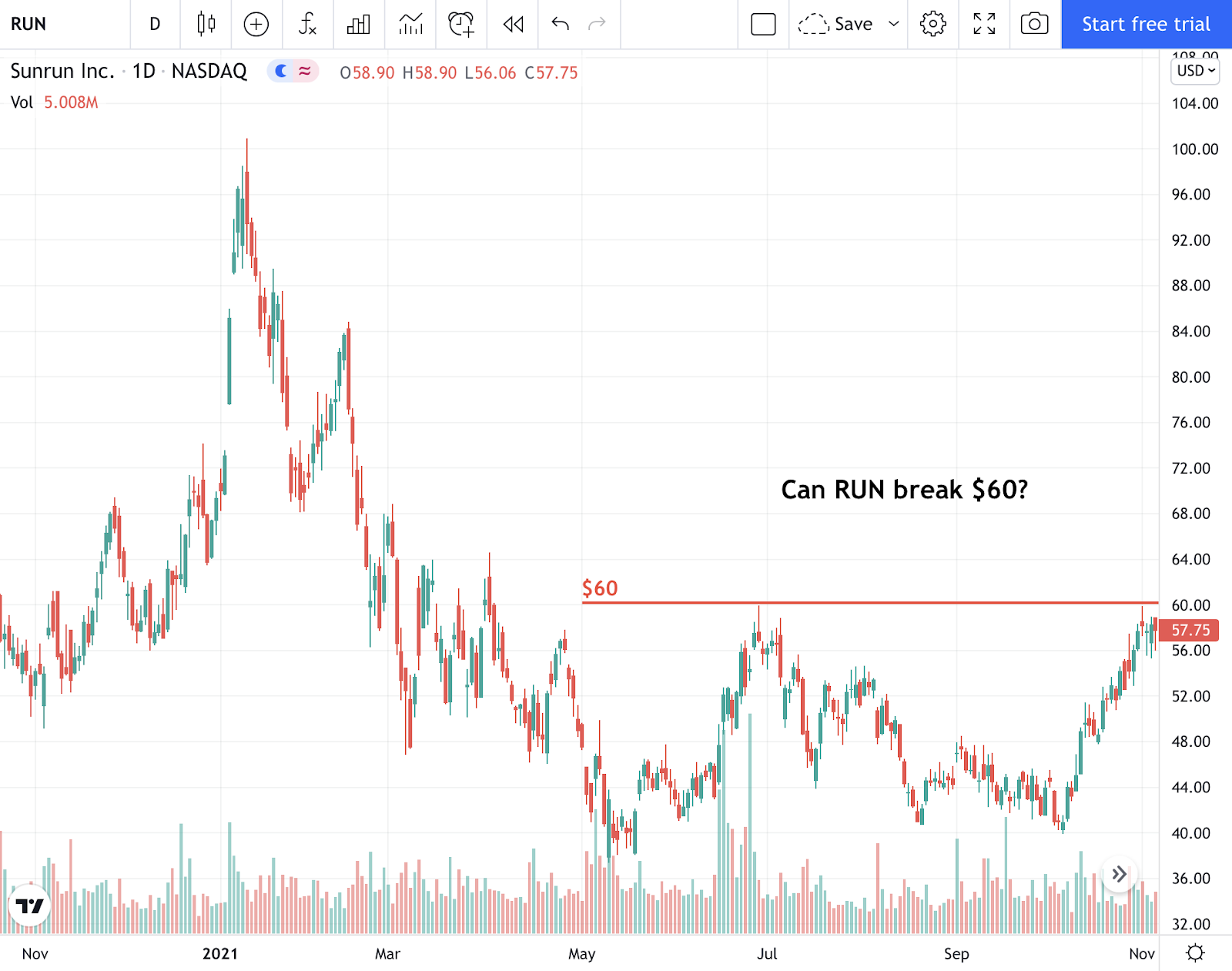 Chart of RUN provided by TradingView

During the past few months, RUN has formed a key level of resistance at the $60 (red) mark. The stock has tested that area a couple of times since the end of May and is currently sitting right under that level again.

A solid close above $60 should lead to higher prices for RUN.  A long trade could be entered on a breakthrough of that level with a protective stop place underneath your entry point.

The post SunRun Looks Like it Could be Setting up for a Breakout appeared first on StockNews.com

Should You Buy the Dip in Clover Health?