An up-channel chart pattern has emerged in the chart Atlas Air Worldwide Holdings Inc. (AAWW). This is formed through the combination of a trend line support running parallel to a...

By Christian Tharp November 18, 2021
This story originally appeared on StockNews

An up-channel chart pattern has emerged in the chart Atlas Air Worldwide Holdings Inc. (AAWW). This is formed through the combination of a trend line support running parallel to a trend line resistance. If the stock breaks through either level, a big move is expected. Read more to learn how to profit from this trade.

Atlas Air Worldwide Holdings Inc. (AAWW), together with its subsidiaries, is a leading global provider of outsourced aircraft and aviation operating services. The company owns a fleet of freighters and passenger aircraft and leases additional aircraft and engines to expand its portfolio.

The company just reported the best quarter in its history in terms of revenues and earnings and management expects next quarter to be even better. Results were driven by higher yield and increased aircraft utilization. They also reflected new and extended long term customer contracts and passenger charter flying for the US military.

Its balance sheet, on the other hand, does not look comforting as its current ratio is below 1. But, AAWW has grown EBITDA an average of 39.2% per year over the past five years and earnings are expected to rise 26.1% year over year in the current quarter.

The stock also looks undervalued, with a trailing P/E of 5.12 and a Value Grade of B in our POWR Ratings system. AAWW has shown long-term bullish momentum since mid-July as shown in the chart below.

Take a look at the 1-year chart of AAWW below with my added notations: 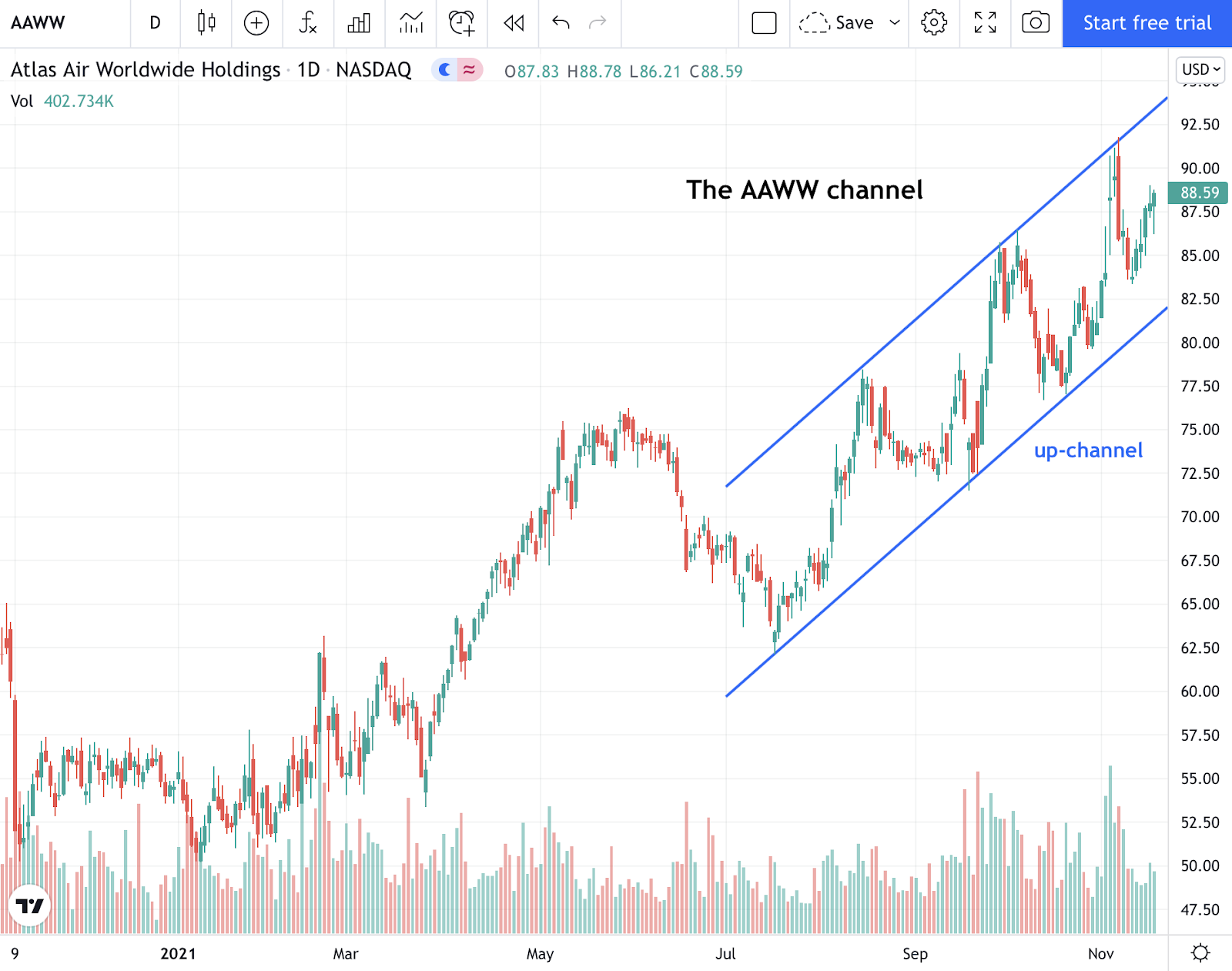 Chart of AAWW provided by TradingView

AAWW has formed an up-channel chart pattern over the past couple of months. A channel is formed through the combination of a trend line support that runs parallel to a trend line resistance.  When it comes to channels, any (3) points can start the pattern, but a 4th test or more helps to confirm it.

The post Atlas Air Worldwide Looks to Be Setting Up for a Big Move appeared first on StockNews.com