Shahnaz Bagherzadeh, founder of Vivel Patisserie, on how her Dubai-born enterprise has evolved from a way to earn a living to a family-owned business that's gone global.

By Tamara Pupic February 8, 2022
Opinions expressed by Entrepreneur contributors are their own.
You're reading Entrepreneur Middle East, an international franchise of Entrepreneur Media.

"It was not an easy life, as I would take care of my family since early in the morning, give women-only cookery classes, and then make cookies for orders until late in the night, and it was like that for a long time." This statement by Vivel Patisserie founder Shahnaz Bagherzadeh offers a peek into what it took for her to build a business whose pastries are today sold from the UAE to the US.

The period she refers to was in 1988, when her family moved from Iran to Dubai ("which had only two streets back then"), and at the time, she was simply trying to make ends meet out of her small, corner kitchen. "Women need to believe in themselves and never give up," she says. "I have never given up, and I wish I could meet H.H. Sheikh Mohammed bin Rashid Al Maktoum, Vice President and Prime Minister of the UAE and Ruler of Dubai, one day, and thank him for opening the doors for businesses from around the world to Dubai, but even more for allowing me to create Vivel that went from Dubai to the whole world." It is clear from the outset of my conversation with Bagherzadeh that she is still focused on building a legacy, and not yet reflecting on it. "I always try to be better and better, as well as to open in new markets," she adds. "For instance, I've been working on opening our store in London for three years, giving presentations, and organizing the tastings of my cookies."

In a sense, Vivel's success is a nod to Bagherzadeh's grandmother, who had taught her to make sweets, long before Bagherzadeh had to migrate from Iran, owing to the revolution that began in the country in 1978. "When the revolution happened, we had to leave the country," she explains. "At that time, my older son was in high school, and the younger one in primary school, and by the age of 13, they would have had to serve the army. I didn't want that life for my children, and I didn't believe that Iran had a good future after the revolution."

Leaving her nation in such circumstances proved to be an extraordinary source of energy for Bagherzadeh to go on and do the impossible- she was among the first women to start up a business in Dubai in the 90's. "We discovered that the only place to where we could move easily was Dubai, UAE, and that it would enable us to move to any other place that had a future later on, like the US and Canada," Bagherzadeh recalls. "However, in time, I realized that the only place that I actually wanted to live in was Dubai."

Vivel's current offering is a collection of about 400 sweets and pastries that are handmade using the highest quality ingredients. Over the years, Bagherzadeh has improved her recipes by studying the finest European and Middle Eastern delicacies, although she insisted on preserving a strong Persian influence in all that Vivel offers. "My recipes had been healthy even before it became a trend," Bagherzadeh explains. "I have always insisted on less oil, less sugar, and more healthy ingredients." She remembers how her pastries served as a powerful point of entry into a new country, and later on, as a community-building tool. "I started making my cookies in my small, tiny kitchen," Bagherzadeh says. 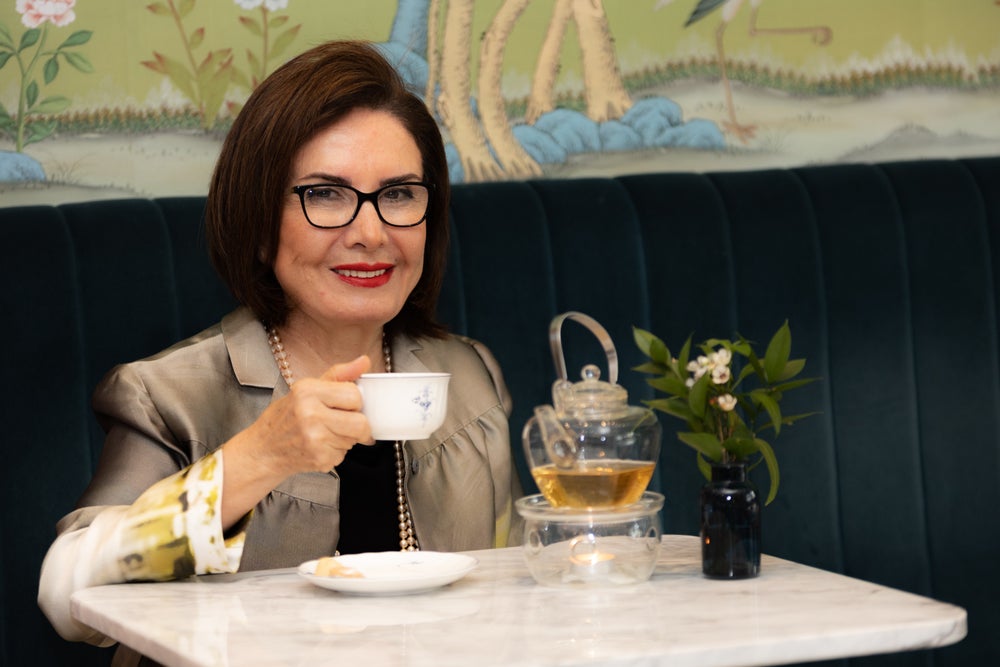 "And then a very good friend of mine suggested that I should start selling them, and for me, it was important to be able to pay for my home and my children's education, which, of course, was not easy at all." To make ends meet, she used her living room as a classroom for two years, where she taught women –a maximum of eight per group- keen on learning her cookery secrets. Talking about life in Dubai back then, Bagherzadeh remembers the city as being "very small," and that she would make a plate of cookies, and then carry it herself to Deira Tower to sell it for AED10 or AED20. Soon, word got around, and she started receiving orders from the InterContinental Dubai, one of the city's oldest landmarks, and its famous Persian restaurant, Shabestan.

"At the same time, I also started my training with the French chefs at the InterContinental Dubai on how to make professional patisserie, because I didn't want to do only homemade recipes from my grandmother," Bagherzadeh says. 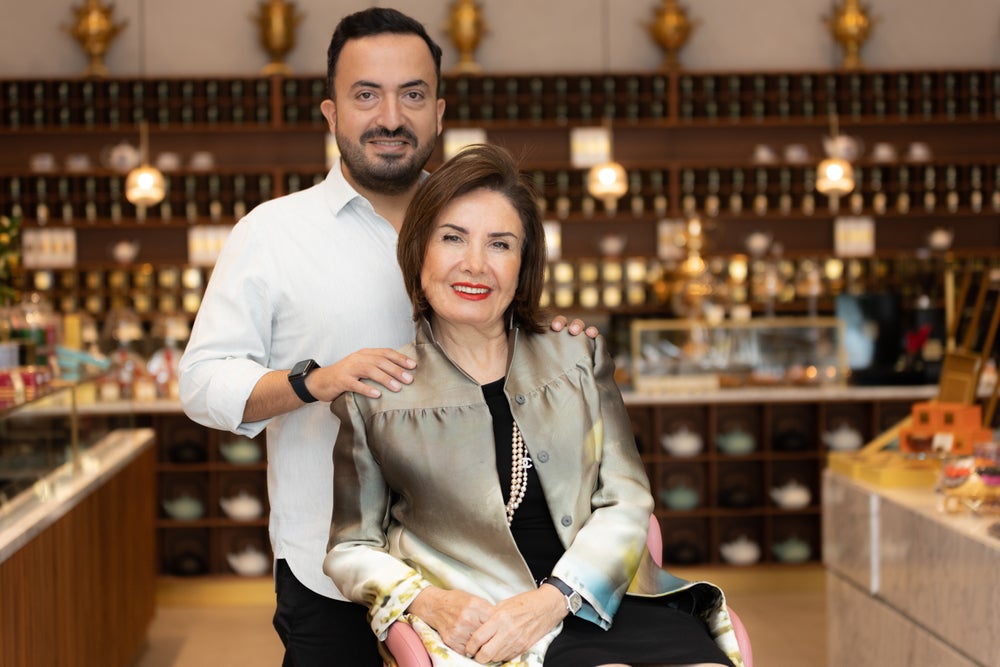 Today, Vivel has eight stores in the UAE (six in Dubai, one in Abu Dhabi, and two in Al Ain), and a joint venture in Tokyo, Japan, but her very first store opened its doors in Dubai in 1992. "At that time, Dubai had two shopping malls, Al Ghurair Centre and Dar Al Riqa, on the Al Rigga Road, which was the only street where people would go shopping back then, and I wanted to open a store in a small, classy mall because I knew that women from the UAE royal family could not go to a big shopping mall," she says. "So, I chose Dar Al Riqa, because it had just a few shops, and I opened a wonderful coffee shop in the back. I was there whenever anyone from the royal family would come." Bagherzadeh's son Ehsan Hosseini, who has been the Managing Director of Vivel since 2005, chimes in here to note that his mother's success in registering a company in the UAE in 1991 was only due to her relentless determination to carve out a better life.

"She was probably one of the first women in Dubai, or the UAE as a whole, to open a business at the time," Hosseini says. "It was quite unusual to see a woman opening a business then, but she would personally walk into all these government institutions, where they hardly ever saw a woman, and where the majority of the workforce were men. It was all a big taboo that she had to break at the time. She did it all with a lot of energy and heart, and eventually, with a lot of persistence and will, she would get everything she needed to set up her business. In the end, they could not say no to her. Then, almost in an instant, she became a sort of a celebrity, and even today, if you speak with most local, Emirati families, people who are today in high positions in the government or in the business sector, they all remember her from back in the day." 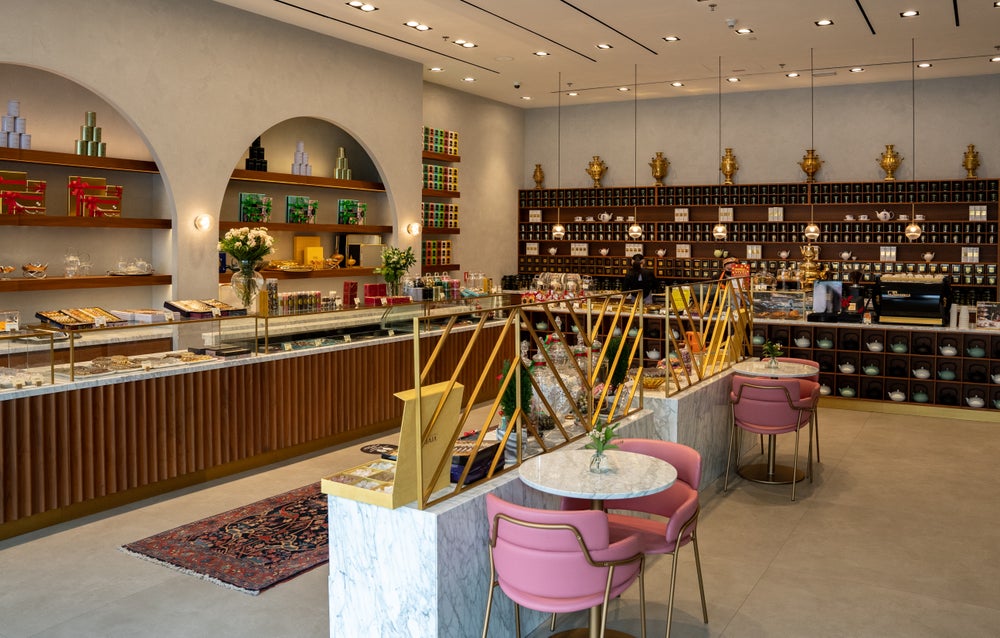 The clarity of her determination, coupled with her ferocious hard work, seemed to have shielded Bagherzadeh from both societal barriers and self-doubt, and that led her to start eyeing international expansion for her business. "Long time ago, I said that I wanted my cookies to be everywhere in the world," she says. "I first opened our store in Montreal, Canada, and a few years later [in 2003], I was invited by my friends from Montreal to visit them in New York over Christmas, which I saw as an opportunity to present my cookies there, although they told me that it would be impossible to get an appointment at pâtisserie shops on the busy, Christmas days." Having brought six boxes of Vivel cookies and sweets with herself, she looked over a list of the 15 best patisserie shops in New York. "I chose not to start from the end of the list, but to present my cookies at the six best rated patisserie shops in New York," Bagherzadeh says. "One day before Christmas, I had two boxes left, and I decided to skip shop number two, and go straight to the best one."

That shop belonged to acclaimed French pastry chef and chocolatier Jacques Torres (who'd go on to become a mass-market chocolate master fondly referred to as Mr. Chocolate), and outside of whose shops, one could see long queues even back then. "Once I had finally reached the counter after standing for two hours, instead of buying chocolates, I said that I wanted to see Mr. Torres," Bagherzadeh recalls. "As expected, they said that it was not possible, since I didn't have an appointment. They took a box of my cookies and just dropped it below the counter. Then, I stayed in the other line for another two hours and again asked to see him, but I added a request not to put my box of cookies below the counter. I left my number at the hotel where I was staying, and left."

Some days later, she got a message from Torres saying: "Everybody says that my chocolate is heaven, and I want to tell you that your cookies are heaven too." Bagherzadeh says that it was hard to arrange a meeting because she had to go back to Montreal and then to Dubai, but on her last afternoon in New York, she went back to his shop to leave her last box of cookies for him. "The shop was empty but still open, and he was there only because he was trying to fix the chocolate machine, before leaving for the airport himself," she says. "He greeted me with a hug, and I told him, "You are the number one, and I believe in my cookies so much, so I want them to be only with the number one.'" 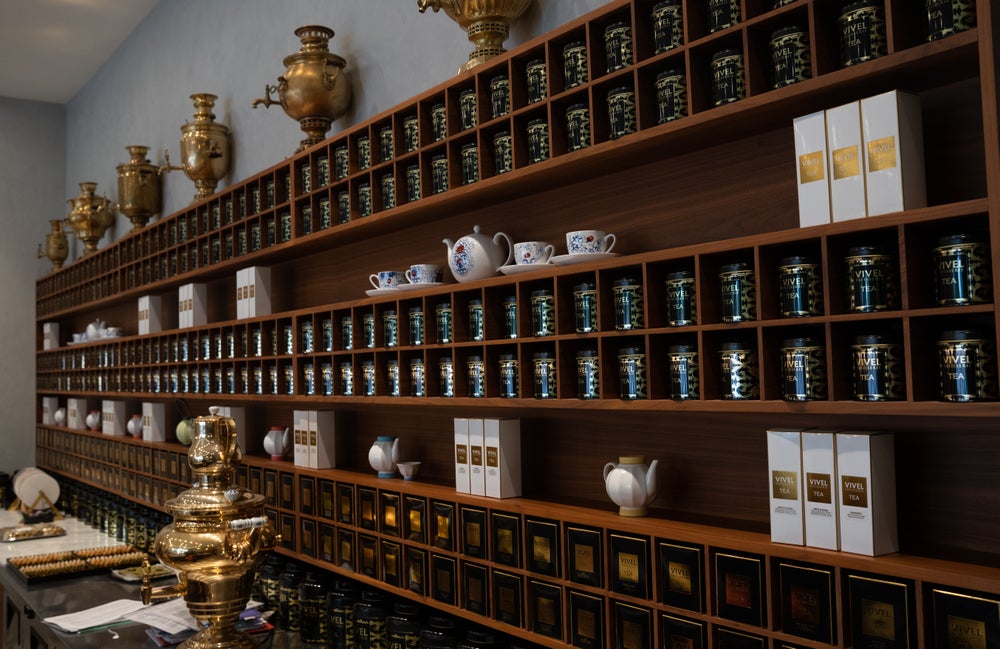 That moment heralded the beginning of a partnership and friendship that saw Bagherzadeh display her delights at Torres' shops, and even attend the opening of his second chocolate factory and flagship store, Jacques Torres Chocolate, in downtown New York City on Hudson Street in 2004. "The friend who helped me in New York cried when she saw my photo in the news [from the opening of the factory]," Bagherzadeh says. "She congratulated me on the success, saying that she couldn't believe that I had achieved so much from my tiny, corner kitchen in Dubai."

Today, just as back then, Bagherzadeh has little doubts about her own stamina, or her winning mindset. "I still work on opening new shops and presenting my cookies," she says. "I am proud that my son is now the Managing Director, and I am also proud that I have the same people working for me even after 30 years. Without all of them, I am nothing." As for what's next, Vivel's expansion into Doha, London, and Los Angeles is on the cards, she says. "I believe in myself and my cookies so much," Bagherzadeh reiterates, and when I ask her to share her final advice for all the entrepreneurs out there, she replies, "Work hard, believe in yourself, and never ever give up."