Alakh pandey is not your quintessential physics teacher. He starts off his classes by singing "Hum honge kamiyaab" for maximum hard-core motivation. Pandey, a physics fanatic at heart, sports tattoos of Pi, E=mc2 and the face of Albert Einstein etched on his arms. Contrary to popular belief, Alak Pandey is not an IIT graduate. He dropped out of an engineering college in Kanpur and decided to return to his native town of Allahabad (renamed Prayagraj) Uttar Pradesh and joined a coaching institute, where students loved his coaching style.

Alakh Pandey's relationship with teaching started when he had to shift to a slum and live out of a rented house. He started giving tuitions to 4th standard students while being a 6th standard student himself. Pandey saved enough money to buy a cycle that he used to ride to other places for taking home tuition. Be­ing an 11th-grade student, he went for a demo class in a coaching institute. The outcome of the demo class was not expected by anyone. The students at the end of the class were clapping for Alakh and his unique style of teaching.

Following these events, Pandey believed that he was on the right path and he had to take up teaching as his profession. Pandey taught for four years in brick and mortar coaching. The owner of the coaching witnessing his growth congratulated him and said that he would be teaching 5000-6000 stu­dents 10 years down the line. However, Pandey wanted to expand his reach further and gradually came on YouTube with his will to reach more students in 2016. He posted full educational content for one year starting from 2016 itself and got a respectable 10,000 subscribers.

In January of 2018, a friend of his advised him to mon­etize his YouTube account and he received INR8000 and decided to leave the brick-and-mortar coaching to focus completely on YouTube in an attempt to reach more students.

He named the YouTube channel as PhysicsWallah. Pandey says the name is inspired by a famous tea stall called ChaiWallah, which has its presence in Kanpur, Lucknow and Varanasi. Pandey was with his sister in Kanpur when he came across the name. When his family enquired about his plans after dropping out of college, he replied with confidence, "I'll start PhysicsWallah". Pandey even started his Facebook page with the same name.

Pandey focussed on You­Tube completely for over two years. The timing of the Jio revolution was perfect in the opinion of Alakh Pandey. He believed that the cheap data rates made him reach more students.

During the pandemic Alakh Pandey met his co-founder, Prateek Maheshwari when he was building SaaS products for edtech companies. The launch of the PW app was on 26th May, 2020 and the app crashed on the launch itself due to a large number of students trying to register themselves on the app.

However, the tech team solved the crashing problem in 10 days. Once the solution was in place, there were more than 70,000 live learners in a single classroom. 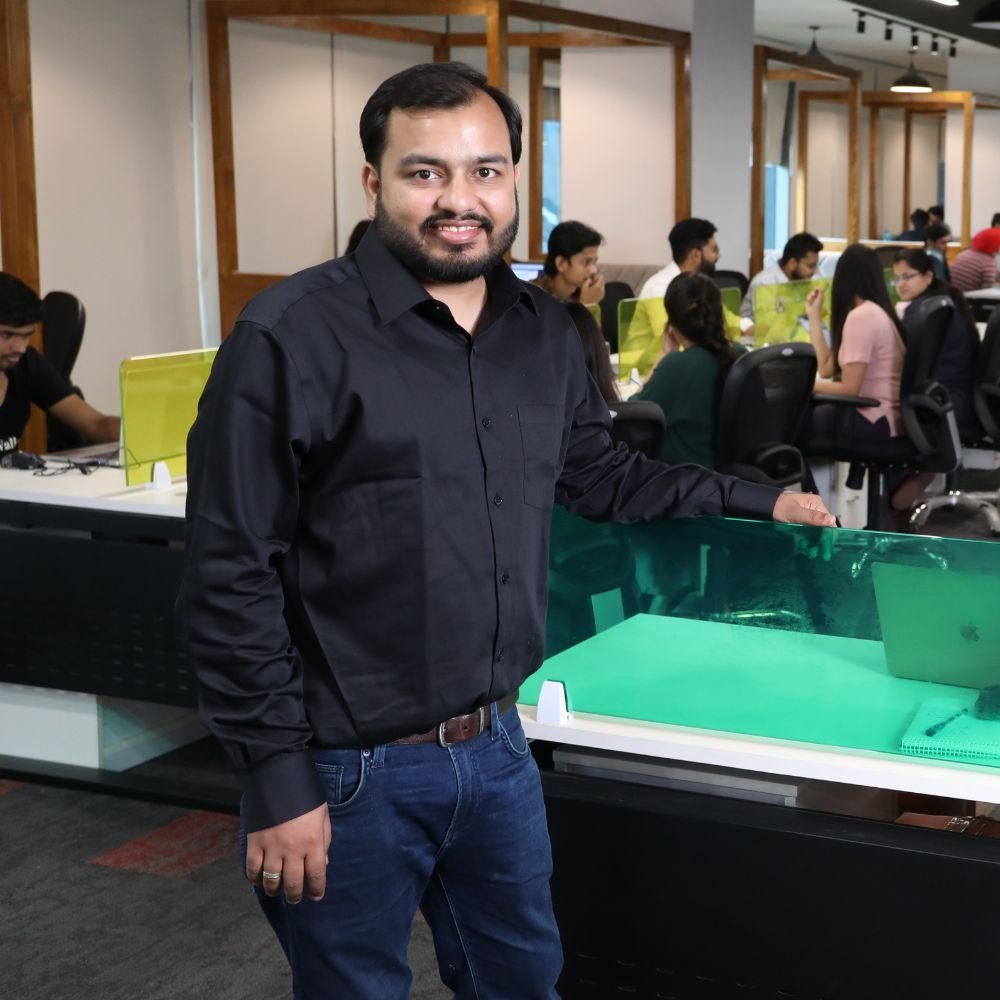 "We have always welcomed students' opinions and feed­back. They demanded a NEET batch for drop year students and we provided that. I knew it was going to be a minimum of 20,000-30,000 students. Also, the courses the gi­ants were providing on their platforms, we were providing for 1/10th of the price. The students were baffled by the price point," added Pandey.

Witnessing the num­ber of students entering his classroom, he started interviewing teachers and took a lot of interviews for potential candidates and only four were selected. The announcement of the NEET batch surpassed Pandey's expectation and there were 63,000 enrolments in a single batch. Pandey believed in bringing teachers from offline platforms as they had better experience in understanding the students requirements.

THE SAGA OF POACHING

Pandey strongly believed in handpicking teachers for his platform because he was not ready to compromise the quality of education Physics Wallah provided and his first demand was that he would only hire teachers from the offline platform. The saga of poaching of teachers began with an ed-tech giant. A well-funded ed-tech rival offered INR 75 crore for a 10 per cent stake in the company.

Following their refusal to accept their offer by Pandey, the situation worsened. The ed-tech giant decided to poach the teachers by offer­ing higher salaries to them. After one of his teachers was poached by an ed-tech giant, Pandey was furious and went on YouTube and said, "Tum ek Alakh Pandey le jaoge, main hazaar Alakh Pandey khade kar dunga." Pandey proudly claims that he has created over 50 faces that are now linked to PW.

When Alakh Pandey met Pra­teek Maheshwari, the conver­sation started with building an enterprise. Pandey, at that time, was not convinced and wanted to impart knowledge for free.

Pandey was aggressive in his stance on teaching for free and continued doing that. He recalls that for more than two to three years, he did not have a single conversation with any educator which he believes was the one thing that saved PW (PhysicsWal­lah). While he stayed under the radar, he witnessed plat­form acquisitions, teachers being poached, etc. "Four or five people started along with me and they were going good but everyone either sold it to some organization while some got acquired and the theme of their conversations used to be the money they were getting for their acquisitions," said Pandey.

However, being adamant about providing qual­ity education at a low price point, he and Prateek hit it off immediately because they both shared the same ideals. Prateek even offered Pandey to pay him after the launch of the app.

THE TALE OF EXPANSION

Maheshwari asked Pandey to slowly phase out of teach­ing as it would become an identity-driven platform. Pandey obliged and set out on finding other teachers. Both the co-founders explained to the teachers what PW stood for and how it came up. There are various stages the teachers had to go through and pass before being hired at PW. He has slowly moved away from teaching and now looks after the hierarchy report, rating management of teachers, rating systems and the branding of PW. However, Pandey states that there is overlap at times and there are departments that he and Pra­teek handle together. He still longs to teach in a classroom and has not taught in over 18 months. 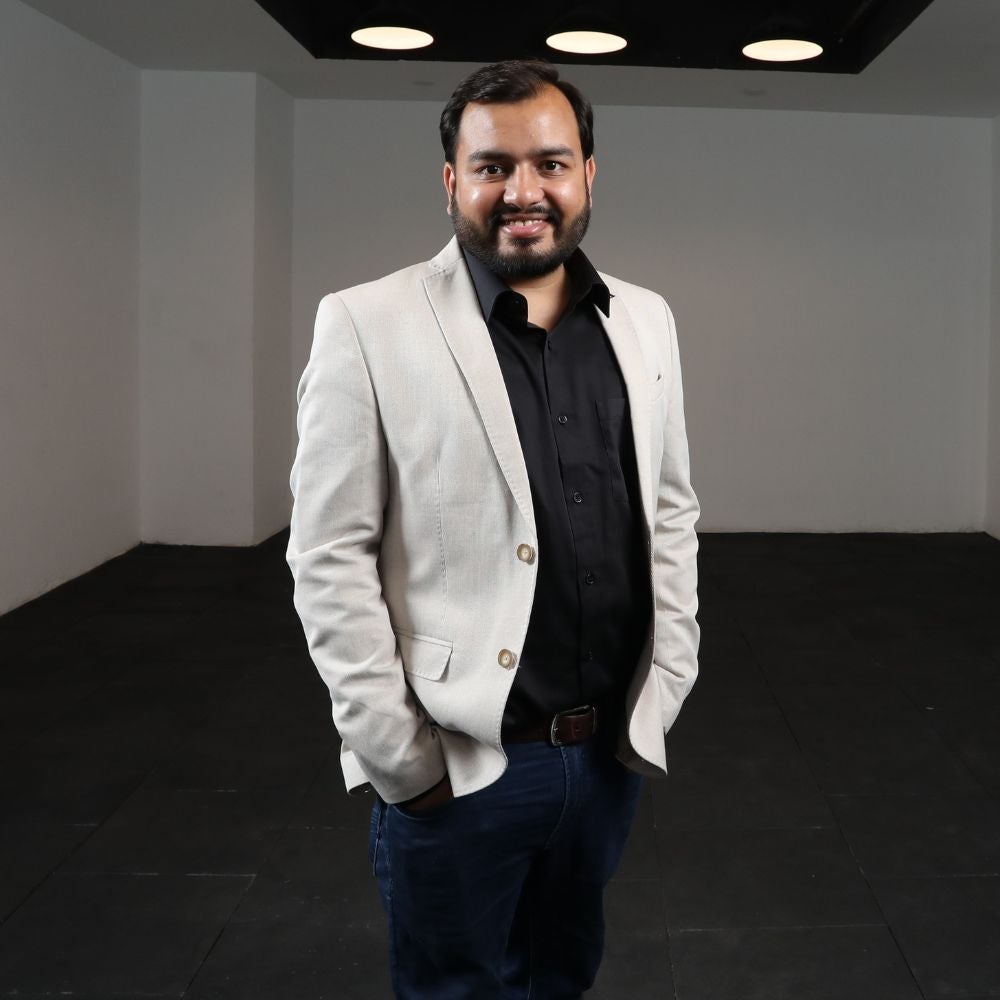 The brand belief was completely student-centric. "By the student, for the stu­dent and with the student," added Pandey.

The major focus of Physics Wallah always remained on academics which automati­cally increased its revenue. Pandey believed that provid­ing value is the first thing they needed to do before going for revenue. There are expansion plans in the pipe­line for PW.

Pandey firmly believes that an edtech founder should be a teacher. He believes that ed-tech is built on education and you cannot build an ed-tech platform without someone who knows how to teach. "Jo aap bech rahe ho agar aap ussi mein pakke nahi ho to kaise chalega," said Pandey.

There are different You­Tube channels now. Physics Wallah channel has gone on to open 13 new channels which include PW English, PW UP-Bihar, PW West Ben­gal, etc. The company is not only capitalizing on different age groups but different lan­guages and different geogra­phies as well.

Pandey is huge on tak­ing polls and whenever he feels lost, he takes polls from students and then sets his course of action. However, on one such poll of the senior management team, he and Prateek found out that the management team believes that Physics Wallah is not a business, the company pro­vides a service.

Pandey believes that word of mouth was the only thing that worked for PW since the company was not spending on advertising and marketing.

The overall subscriber count from all the PW chan­nels is over 10 million. Pandey reveals that there are more than 60 per cent of students who are not subscribed to the channel which in essence, would mean that the reach of the PW platform is greater than it seems. The app, how­ever, has 50 lakh downloads.

The entire company was built the bootstrapped way. PW recently raised its maiden round of $100 million from WestBridge Capital and GSV Ventures which took its valuation to over $1 billion and became the sixth unicorn in the edtech space. The company has a 60 per cent EBITDA margin.

"I believe that even though everything is opening up, hybrid is not the answer right now. Maybe five years down the line it will be the answer but as for now I don't believe that," said Pandey.

The brand name is being rebranded to 'PW'. Pandey's philosophy behind rebranding is that he wants to focus on other subjects as well. He intends to make the brand multi-fac­eted rather than just focus­sing on Physics. PW offers NEET and JEE preparation. PW intends to offer more sub­jects in the near future. 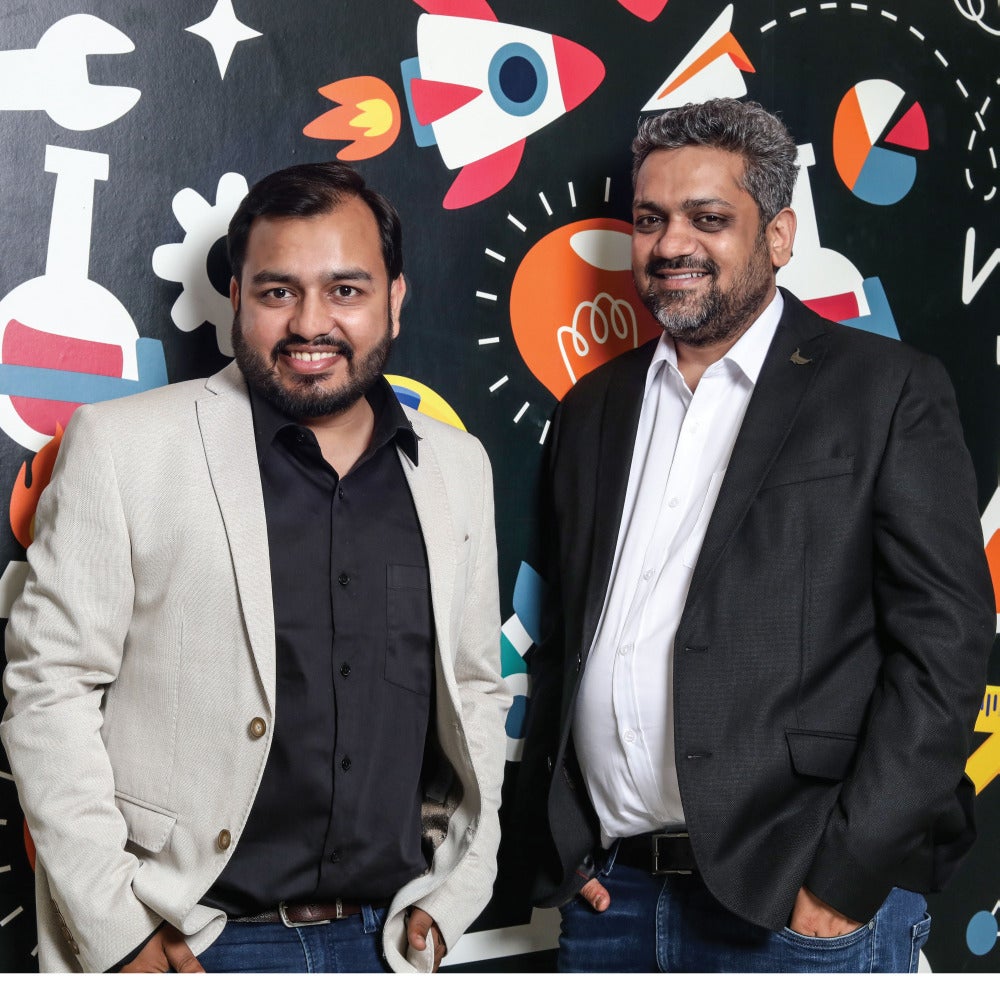 Pandey is extremely bull­ish on one fact: every penny spent at PW will be spent for student welfare. He is focused on reaching out to more students.

It is still evident today that theaters have left a major mark on Pandey's life as the famous line by Amitabh Bachchan "Jaha pe hum khade hote hai, wahi se line shuru hoti hai" has come true for this man. He has single-hand­edly stopped the constant increase of fee prices in the ed-tech spectrum and his motivation to date remains to reach out to more students and help them so that they can be successful in life.