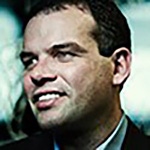 CEO, President and Co-Founder of WANdisco

David Richards is CEO, president and co-founder of big-data firm San Ramon, Calif.-based WANdisco. Since co-founding the company in 2005, he has led WANdisco on a course of international expansion, opening offices in the United Kingdom, Japan and China. Previously he was the founder and CEO of Insevo.

Venture Capitalists Can Be a Blessing or a Curse

When entrepreneurs opt for this type of investment, they run the risk of losing control.