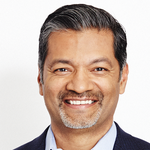 Dev Ittycheria is president and CEO of MongoDB. He brought to MongoDB a mix of entrepreneurial, operational and investing experience: He was a managing director at OpenView Venture Partners, and before that was an investing partner at Greylock Partners. Previously, Ittycheria was the founder/CEO of BladeLogic. He founded the company in 2001, took it public in 2007 and sold it to BMC Software in 2008 for approximately $900 million. He then served as president of BMC Software, where he directly led a business with $1.4 billion in annual revenue and 4,000-plus employees.

Earlier in his career, Ittycheria  was founder/CEO of Applica, one of the first venture-backed cloud companies. He began his professional career in the telecom sector, developing new broadband businesses. Today, he serves as an advisor and board member to a number of next-generation software companies and private equity firms.

White Lies Are Hurting Your Business. How to Stop Them.

Your organization and in fact all organizations need to establish a culture of "constructive candor," encouraging honest communication.