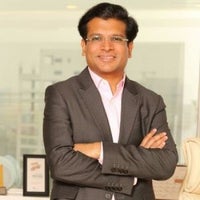 One of India’s most successful young entrepreneurs and amongst its foremost digital experts, DilipModiis the Founder and Chairman ofDiGiSPICE, the most trusted strategic partner in the digital transformation of private and public enterprises as well as governments.

Dilip holds an MBA in Finance from the Imperial College London and a First Class Bachelor of Science degree in Management Technology from Brunel University, London. In a stellar career spanning over two decades, he has pioneered several new innovations and built a strong portfolio of businesses within the Indian mobility and technology space. Dilip started his professional career in 1995 with the launch of Modi Telstra, India’s first mobile service which also hosted the very first mobile call made in India. Having successfully divested from the company in 2000, he then launched Spice Communications in Punjab and Karnataka. Under his able leadership, Spice Communications soon became one of the most valuable and enduring brands in these two highly-profitable regional mobile markets in the country.

A visionary entrepreneur, Dilip identified the digital opportunityat a time when industry experts were worried about the future of online, establishing Spice Digital (now DiGiSPICE) in the year 2000. Under his leadership, DiGiSPICE has today become one of the most highly trusted strategic partners for private/public enterprises as well as governments in countries like India, Kenya, Ghana, Nigeria, Indonesia, Mauritius, Nepal, Afghanistan, and Dubai, among others. Dilip has also overseen the successful diversification of the DiGiSPICE business into various domains such as entertainment, enterprise, government, mobility, and financial services, andcontinues to embody the company’s vision of transformingbillions of lives globally, one innovation at a time.

Extremely passionate about creating usable and affordable technologies to improve the lives of people across Asia and Africa, Dilip envisions technology as a key enabler for achieving inclusive growth across socio-economic boundaries. This vision continues to guide and inform the Group’s current business in the mobility space, and has led to the creation of several highly-affordable mobile internet products and services which facilitate mass access to the latest technology.

In keeping with his passion to support entrepreneurship and the next wave of business leaders emerging within the country, Dilip has also assumed the role of a mentor and has even made investments in a personal capacity into several promising start-ups. These includeShuttl, AdGyde, Uolo, Curofy, etc.His latest venture, iExponential, has also been helping enterprises achieve rapid scale through innovative solutions leveraging disruptive technologies, and is aimed at promoting the creation of high-value corporations in the B2B and B2C spaces while improving consumers’ lives.

Dilip has also been closely involved with several leading industry forums in various capacities and has worked on key industry programs such as ‘Making Inclusive Transformation Happen’. He has been the Chairman of the Cellular Operators Association of India (COAI) and has also had the honour of being the youngest-ever President of ASSOCHAM (Associated Chambers of Commerce). Dilip was conferred the Youth Icon Award by the Gujarat Chamber of Commerce and Industry in recognition of his efforts.

On the personal front, Dilip likes undertakingstimulating and fulfilling activities. He is an avid bibliophile who also enjoys yoga and is a wildlife enthusiast. Dilip has also furthered the social core of his entrepreneurial mission with EkSoch, his social entrepreneurship initiative. 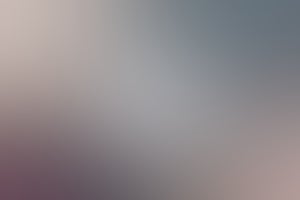 Here's How Digital Governance is Changing the World