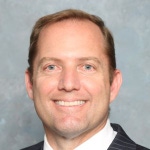 James Schenck is president and CEO of PenFed Credit Union and CEO of thePenFed Foundation. Since becoming CEO in April of 2014, Schenck has led PenFed’s asset growth from $18 billion to $24 billion, grown annual net income from $116 million to $179 million and increased membership from 1.3 million to 1.7 million. In a nationwide vote conducted by Credit Union magazine in 2017, Schenck was elected the National Credit Union "Hero of the Year." A former Army Black Hawk helicopter pilot, he graduated from the  U.S. Military Academy at West Point.

Honoring veterans each Veterans Day is important, but helping our veterans succeed following their service to our country is even more so.