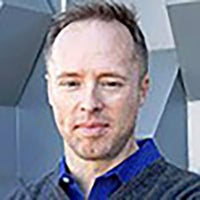 Jason Johnson is the CEO and co-founder of August, the home automation company behind the August Smart Lock, based in San Francisco. Jason is also a managing partner of startup incubator Founders Den and the chairman of the Internet of Things Consortium. Prior to August, he co-founded mobile security software company AirCover (acquired by M Dream, HK:8100) and ebook software startup BookShout!. He also previously served as vice president of Dolby Laboratories, vice president of Global IP Solutions (acquired by Google) and was the co-founder and CEO of InterQuest (acquired by Darwin Networks).

Choose the Right Incubator for Your Startup

Our expert explains what factors should go into your decision.

Is Competition a Catalyst for Innovation?

The products of rival firms can prompt and motivate a company to differentiate its offerings and invent new solutions.
4 min read

Having a strong network of creative individuals and partners leads to a good foundation for your venture.
4 min read