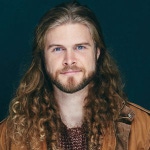 CEO of Galatea & Editor-at-Large of VRScout

Jesse Damiani is editor-at-large of VRScout and CEO of Galatea, a screenwriting & project management tool for AR & VR. His work has appeared in Billboard, Quartz, & others. He was listed as a top global VR influencer in 2017 by Onalytica & was interviewed for the AP guide to immersive journalism.

Our brains are hardwired to see narrative. That's what makes the potential of VR and AR for content so exciting.