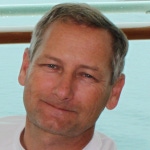 John Greathouse a serial entrepreneur and professor turned venture capitalist. He led Computer Motion’s $110 million IPO and the $236 million sale of Expertcity (creator of GoToMyPC and GoToMeeting) to Citrix. Greathouse contributed to CallWave’s IPO, sold a company he co-founded  to Coull and managed The Tearaways, a gifted power pop band. At Rincon Venture Partners, Greathouse works with some of the most talented startup operators on the planet. He is a professor of Practice at UC Santa Barbara where he teaches several courses on entrepreneurship.

If 'everyone' else is to blame, then you may have hired one of these folks.

It Made Sense at the Time: Why I Passed on Uber's Seed Round

The opportunity to invest the equivalent of a down payment on a modest Silicon Valley house in the early Uber would be worth a billion dollars now. When you pay that kind of tuition, you need to learn the lesson.